How female MPs get creative to make sure their points are heard. 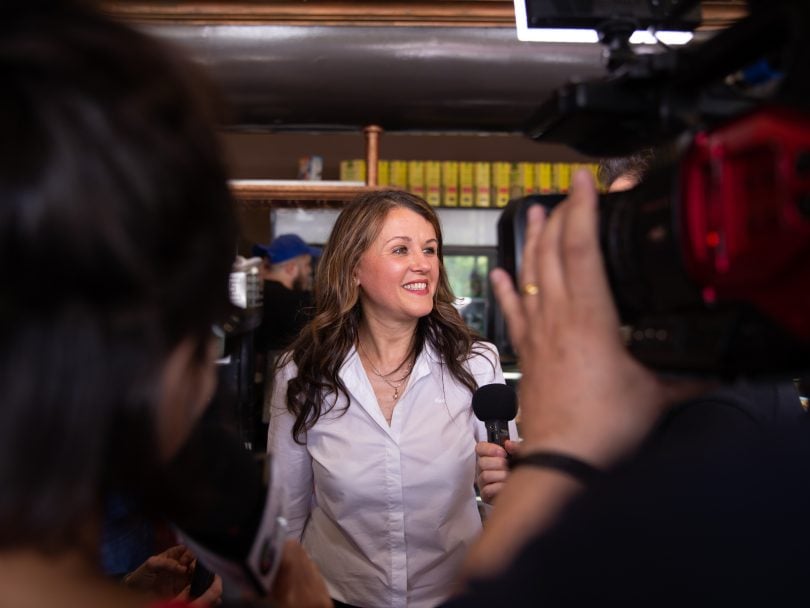 In many ways, the House of Commons is still an old boy’s club. Here’s how female MPs get their voices heard.

When conducting media interviews and speaking in the House, Elizabeth May talks in a lower register to avoid sounding “shrill.” And the Green party leader has a zero tolerance for heckling. “Not only do I not heckle, if I’m being heckled so loudly that I feel the need to raise my voice to be heard, I sit down because I do not want to be in a situation where I have to raise my voice. If you raise your voice as a woman, it hits a higher register that makes people think shrill, hysterical. Never forget the root word of hysterical. I have to be very cautious in how I express myself.”
—Elizabeth May, Green (B.C., Saanich–Gulf Islands)

“You have to know how to take your place—to not be afraid to say what you think. It’s important to always stay true to yourself. Authenticity is the key.”
—Sylvie Boucher, Conservative (Que., Beauport–Côté-de-Beaupré–Île d’Orléans–Charlevoix)

Get in the Room

“My philosophy: If you want to make changes, you have to be at the table—otherwise you are on the menu.”
—Yasmin Ratansi, Liberal (Ont., Don Valley East) 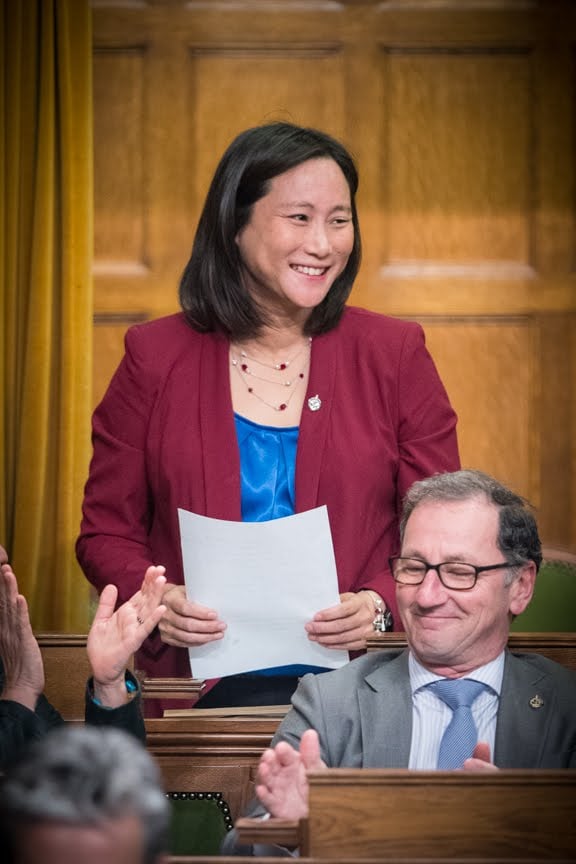 “I put my elbows up to create physical space and refused to be talked over or bullied. I assertively asked to have a chance to say my piece.”
—Jean Yip, Liberal (Ont., Scarborough–Agincourt)

Take up a lot of space

“After being in politics directly for over four years, I can now say that not only do you have to lean in and take a seat at the table, but sometimes you have to wave your hands wildly and make sure you’re given the space to be able to speak and have your points heard.”
—Julie Dzerowicz, Liberal (Ont., Davenport)

Point out the obvious

“I’ve always loved that Punch cartoon of a board meeting: ‘That’s an excellent suggestion, Miss Triggs. Perhaps one of the men here would like to make it.’ Thankfully, this is happening much less often, but there have been times when the voices of the women in the room were ignored and the chair would determine the consensus in the room was that of whichever male had spoken loudest and last. I am getting better at intervening by saying I don’t believe that was the consensus in the room.”
—Carolyn Bennett, Liberal, (Ont., Toronto–St. Paul’s)

“Women can change politics not only because we bring our different life experiences to the table but also because we can strengthen each other’s voices. Sometimes it feels like a woman’s voice can be drowned out in the noise of politics. When we have more women taking leadership roles in politics, we increase the chances of having our voices heard.”
—Julie Dabrusin, Liberal (Ont., Toronto–Danforth)