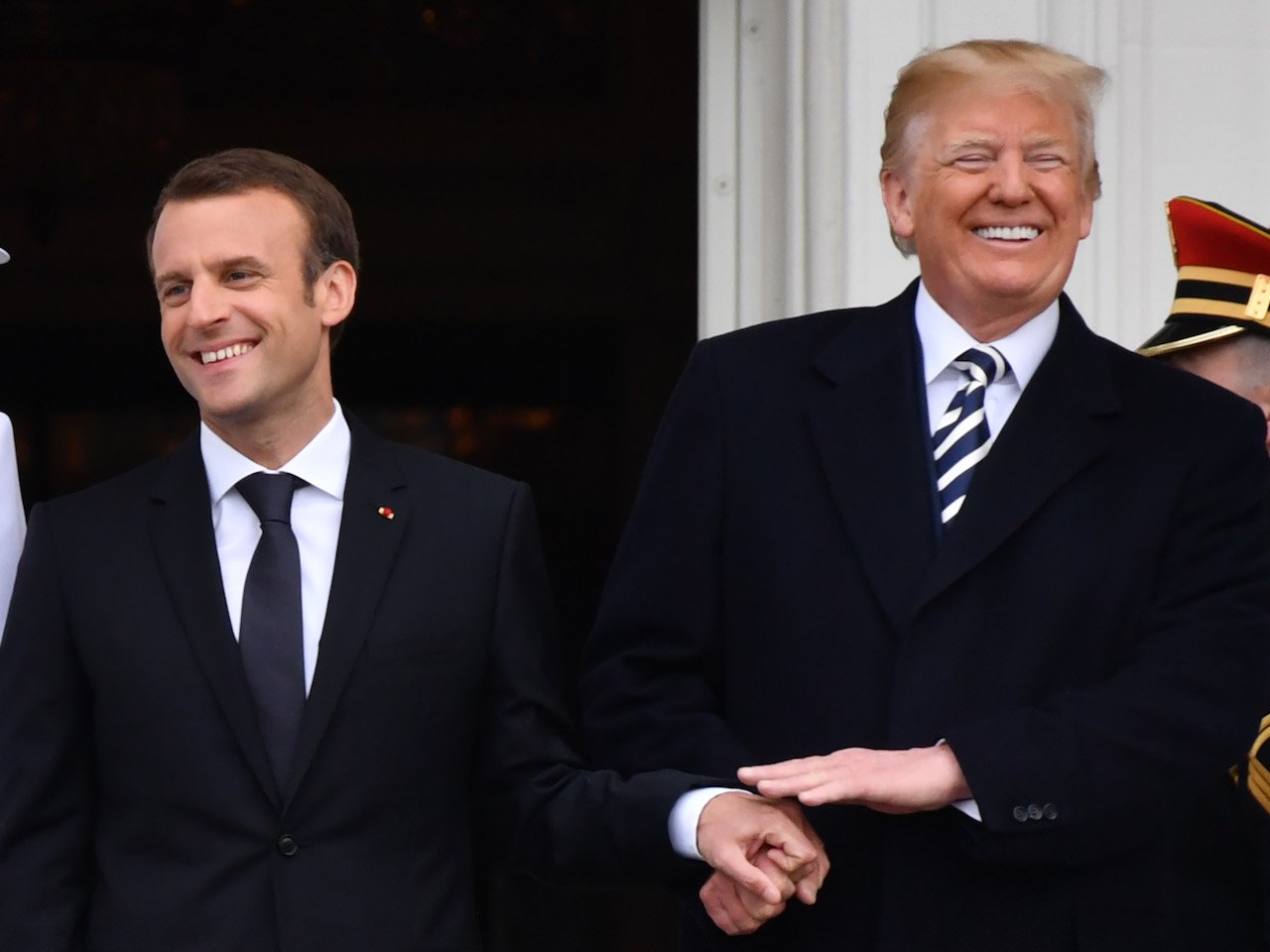 Watching world leaders interact with Donald Trump is akin to watching an incredibly delicate political dance — one with potentially global repercussions. You can almost see their wheels turning as they figure out how to navigate Trump’s bizarro bluster and aggressive handshakes (Justin Trudeau famously avoided the latter).

The latest politician to attempt to keep a straight face and a polite demeanour around Trump is French President Emmanuel Macron, who visited Washington to discuss U.S. involvement in Syria and the Iran nuclear deal, and to attend a swanky state dinner. Despite Trump and Macron not always seeing eye-to-eye on international affairs, the U.S. president didn’t hesitate to lavish Macron with praise, hugs and hand-holds.

As you can see in the video above, Trump made a show of brushing what he claimed was dandruff off Macron’s shoulder. “I’ll get that little piece of dandruff off…. We have to make him perfect. He is perfect,” Trump explained to onlookers as Macron smiled and scrunched up his nose at the odd backhanded compliment. 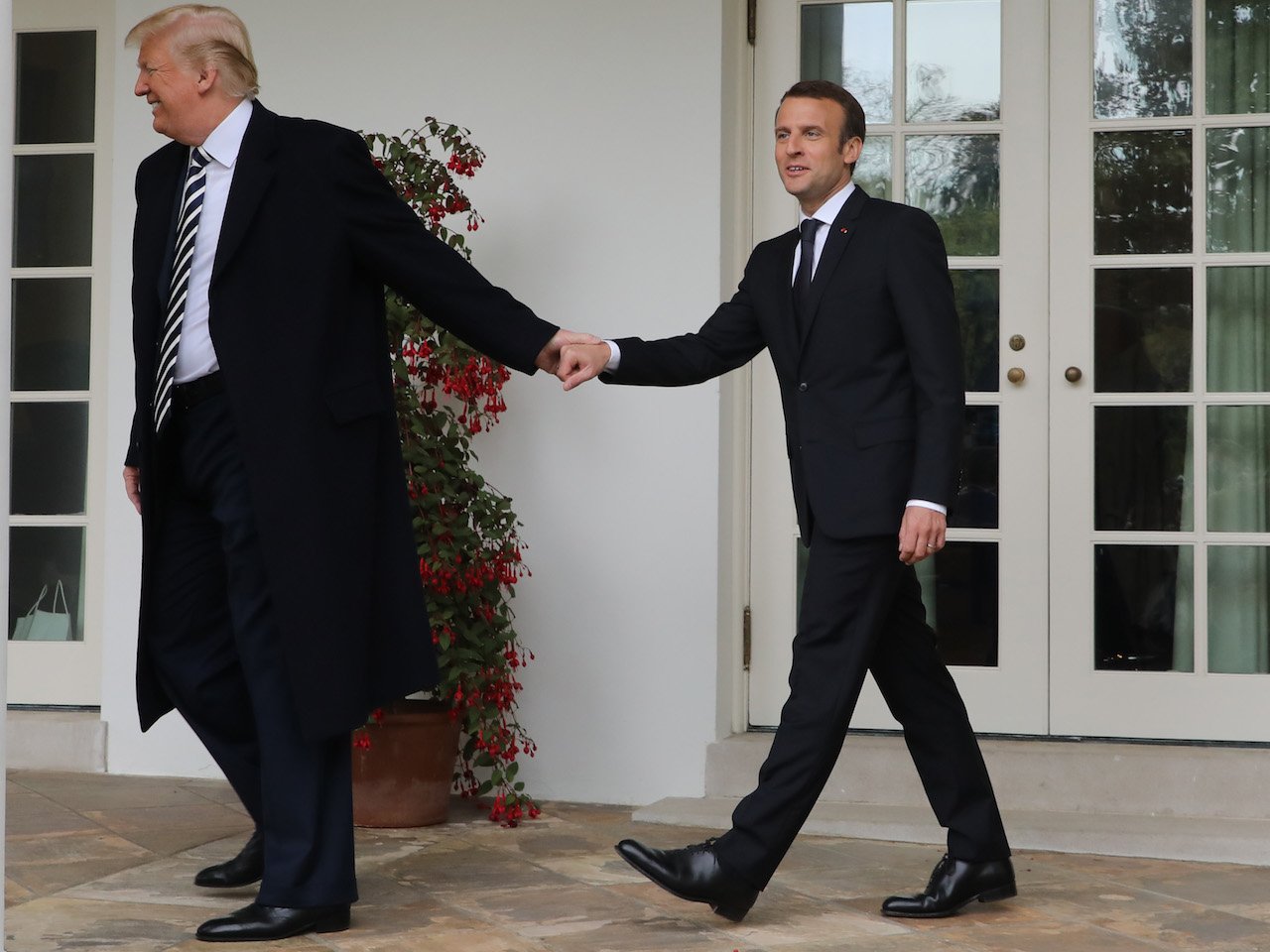 Perhaps the most uncomfortable moment of the visit was when Trump told reporters Macron is “going to be a great president of France” (to which Macron looked more than a little confused) and then took Macron by the hand and led him away.

And we thought Trudeau’s visit with Trump was awkward.