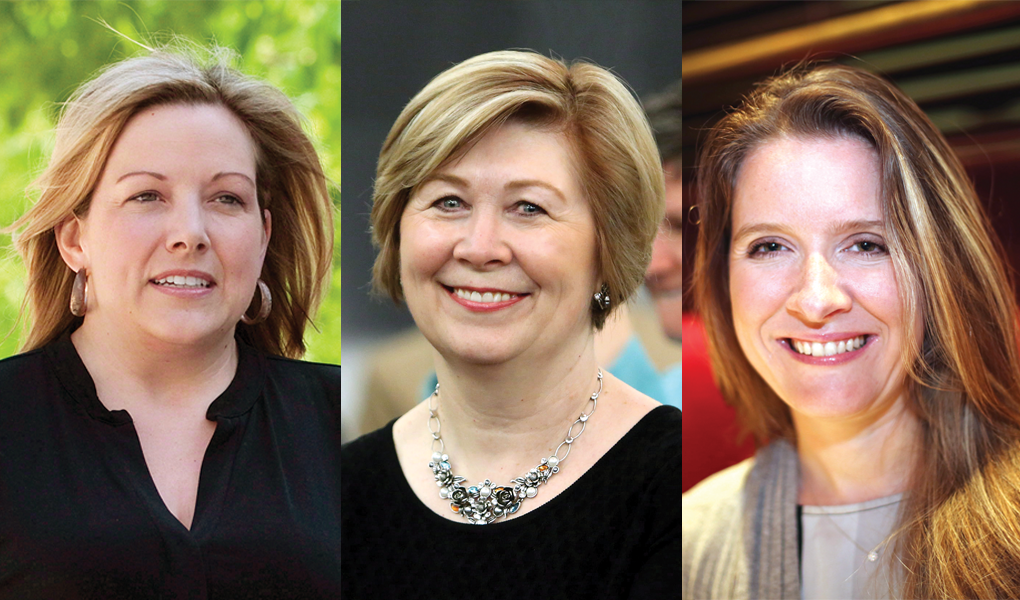 Conservative party political advisor
Age: 38
CV: Former co–deputy chief of staff for the Prime Minister’s Office
Hallmarks: Media shy and fiercely loyal, Byrne has been called “the most powerful woman in Ottawa.”
Trivia: She has been known to keep a hakapik — the hunting tool traditionally used to club seals — on display in her office.
The pitch: Stephen Harper may not be Mr. Popular among Canadian women, but he’s the experienced candidate, with a serious focus on the war effort and surveillance initiatives like Bill C-51.

NDP national director
Age: 57
CV: Former chief of staff for Jack Layton
Hallmarks: She’s described in the press as “the calm in the storm,” and the “antithesis of the rah-rah-rah big-boy ego.”
Trivia: When she was 17, a lone gunman stormed her high-school algebra class. She tended to a fatally wounded classmate.
The pitch: Thomas Mulcair is the compassionate candidate with economic chops. He promises to launch an inquiry into Canada’s missing and murdered indigenous women within 100 days of assuming office.

Liberal party national campaign co-chair
Age: 36
CV: Former deputy chief of staff under erstwhile Liberal leader Stéphane Dion
Hallmarks: A “pragmatic technocrat” who loves graphs and numbers “because they don’t lie.”
Trivia: At age 12, served as a page for Bob Rae’s government.
The pitch: Justin Trudeau is the Canadian women’s candidate — see the family-centric media appearances, the ban on anti-choice MPs in the Liberal caucus, and the scads of female staffers in his corner.