Having Access To Abortion Helped Me Fully Embrace Motherhood. I Had The True Gift Of Choice

Body autonomy is a fundamental human right. Those of us with a lot of it can easily take it for granted—but we need to guard it for everyone. 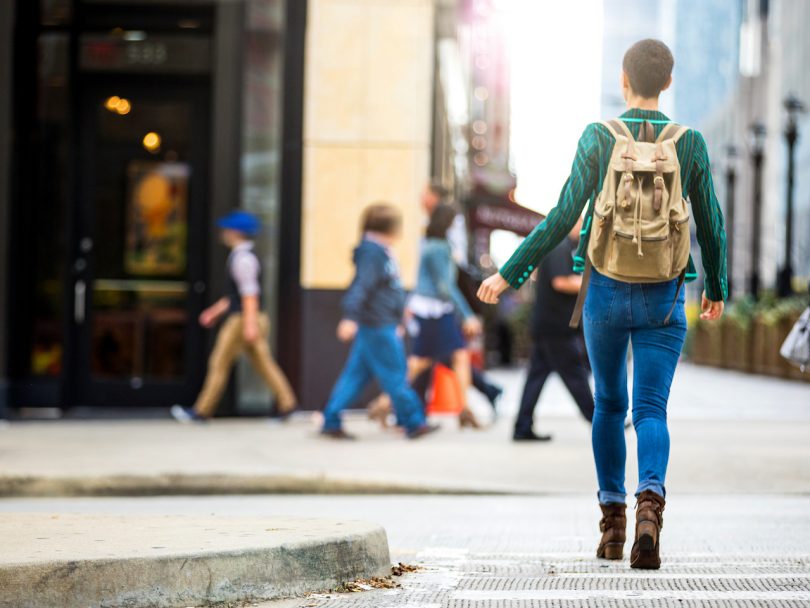 At 19 years old, I found myself on an ultrasound table, the technician apologizing as the cold blue gel hit my stomach. I shivered and winced as she worked the wand up and down my skin, pressing inward at odd angles, searching for telltale signs of what I already knew.

After a few minutes, the technician said, “Can I ask a personal question? Are you planning to keep this pregnancy?”

“I- I am,” I stammered. I had not spoken the words out loud before to anyone other than my partner. Hearing them escape my lips made it feel more real.

“Then if it’s okay with you,” she replied, “I want to show you something.”

She zoomed in on the blurry image. “There. Do you see it?” She tapped the screen with her finger. At the centre was a faint flicker. A heartbeat. I smiled, tears forming in the corner of my eyes.

A few months later, barely 20, I became a mother for the first time. I did so by choice. It wasn’t always an easy decision—I faced years of wrongful assumptions, outright discrimination and poverty that took time to climb out of—but it was my decision to make. I never once felt pressured to carry the pregnancy to term, to raise my child or find someone else to do so. I didn’t feel trapped because I never was. Knowing I had options helped me fully embrace and appreciate motherhood.

That is the gift of choice.

I imagine there are people who feel empowered by the decision to not carry a pregnancy to term. I hope, like me, they never have to justify that decision to others. And I hope, more than anything, that this choice is never taken away from them.

Several US states are restricting abortion to the point of near illegality—a move Prime Minister Justin Trudeau referred to as a “backsliding” of rights. In July, President Trump banned family planning clinics who receive federal funding from referring clients for abortions, prompting organizations like Planned Parenthood to stop accepting taxpayer dollars.

Standing in solidarity with Canadian women, the entire House of Commons rose to a standing ovation this May in support of keeping abortion legal and accessible—that is, except Conservative MPs, who remained in their seats. Earlier that month, 12 elected Conservative officials had attended the March for Life rally—a large pro-life event held in Ottawa.

Despite consistently voting against pro-choice legislation, Conservative Party Leader Andrew Scheer has said he will not re-visit abortion rights should he win this year’s federal election. “I have been very clear I will not reopen this debate, I will oppose measures or attempts to open this debate,” Scheer stated at a press conference on August 29. However, while Scheer did indicate he would not welcome private member’s bills opposing or restricting abortion, he also did not rule out the right for his MPs to introduce them. This leaves the door open for legislation changes that could erode reproductive rights.

The sentiment carried by many in Scheer’s party should have us all worried, no matter where we might stand on abortion. Pregnant people are not the only ones at risk should any laws surrounding the power we hold over our own bodies be tightened. This is an issue that affects us all.

Body autonomy is a fundamental human right. Those of us with a lot of it can easily take it for granted, often forgetting how important it is, or how hard many of us—particularly women, people of colour and LGBTQ people—have had to fight to achieve it.

Nadine Thornhill, a sexuality educator based in Toronto, says it’s paramount that people maintain ownership over their own bodies. “I give people information. But I leave it to them to make their own choices,” she said. “No matter how much I learn, being an expert in human sexuality does not make me an expert on what’s right for an individual person’s life. I don’t want anyone to lose their right to choose how they manage their health, what type of relationships they have, how they express their identity, or whether they want to bring new life into the world.”

The right to choose what we do to our physical form plays a significant role in our lives, from deciding what substances we celebrate with on New Year’s Eve to deciding what to do—or not do—at the end stage of a terminal illness. Body autonomy is exercised when we get tattoos and piercings, Botox and breast lifts. Our right to choose is everywhere, and it’s all intrinsically linked. What happens if we, as a country, begin our own backslide on reproductive rights? Would the erosion stop there, or would it spill into other areas some find controversial? How would it affect someone seeking the morning after pill? What about access to everyday contraception methods, like birth control pills or condoms?

Transgender people rely on body autonomy rights to seek medical support, including surgery. This highly marginalized community already faces a mountain of gatekeeping, and the rates of depression and attempted suicide while waiting for affirming care are high. Further restrictions or outright removal of those services would be devastating.

What about consent? The right to choose what someone else does to our body is paramount to our well-being. It’s worrisome to think how laws legislating one area of a person’s body could be creatively used in other scenarios.

Maybe this seems like fear-mongering—that this would be impossible in an open-minded country like Canada. But if history has taught us anything about human rights, it’s that the rug is not often violently pulled out from beneath our feet, but removed slowly, inch by inch, until we find ourselves on the hard floor, wondering how we got there.

In a statement to Chatelaine, Planned Parenthood Ottawa, an organization that provides information and services to those making reproductive health choices, said: “If we’ve learned anything from the reproductive justice movement, it’s that our struggles for bodily autonomy and self-determination are deeply interconnected. When we’re fighting for our rights to bodily autonomy, then, it’s important to remember that were fighting for the rights of all people to have control over what happens to their bodies. This means that any attempt to chip away at those rights—whether it’s limiting access to essential healthcare like abortion and gender-affirming surgery, or creating barriers for survivors to come forward about their abuser(s)—means another set-back in the collective fight for social justice.”

Removal of body integrity is a slippery slope. How far down the slope we might find ourselves is an unknown—and yes, once that door is open, it’s hard to close it. Therefore, we must protect everyone’s fundamental right to physical autonomy, whether we agree with their choices or not.

Not everyone approved of my decision to become a young mother. Thankfully, it was never their decision to make. Today, my eldest of four kids is 22, now grown and out of the house. He’s a gift, and this proud mom has no regrets. Despite the challenges, I’m glad I chose motherhood, but I will always be thankful it was a choice.

Given my age and current life circumstances, I will likely never need an abortion. But I’ll always defend another’s decision to have one, along with any other choices they might make concerning their own bodies. And I’ll sleep better at night knowing our fundamental rights are protected.

At least, for now.

Amanda Jetté Knox is an award-winning writer, public speaker and LGBTQ advocate. She is the author of Love Lives Here: A Story of Thriving in a Transgender Family. She lives in Ottawa with her wife and four kids.