7 good things that came from this totally bananas U.S. election

This unprecedented campaign may have had plenty of low points — but it's not without silver linings. 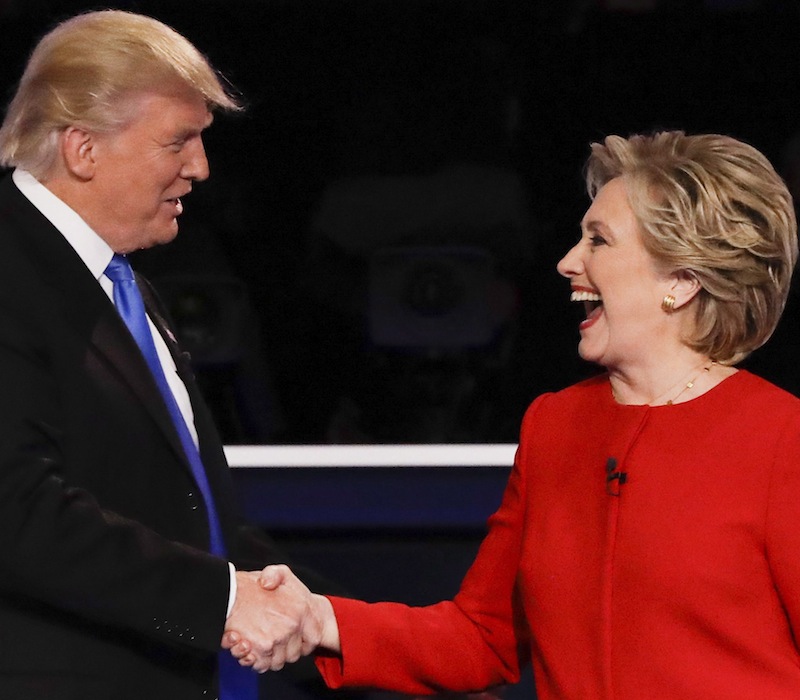 The 2016 American election campaign has been called the nastiest in history — but there have been silver linings. Here’s a list of the good things that have come from Hillary Clinton and Donald Trump’s no-holds-barred race for the White House:

1. Michelle Obama’s epic speeches
Of the two Obamas “with her,” it was Michelle, not Barack, who provided some of the most powerful talking points during the knock-em-down, drag-em-out home stretch of the election race. Unlike her husband (a sitting president) and Clinton (a female candidate hamstrung by the perils of coming off as too emotional), Mrs. Obama was free to unleash some much-needed humanity and offer the rest of us a moment of catharsis. Take, for example, her appearance in New Hampshire, where she relayed the personal toll of Trump’s de-humanizing rhetoric regarding women. And might we also recommend re-watching her unforgettable Democratic National Convention speech. “When they go low, we go high,” is good life advice and, in our dreams, the campaign slogan of America’s second female president. 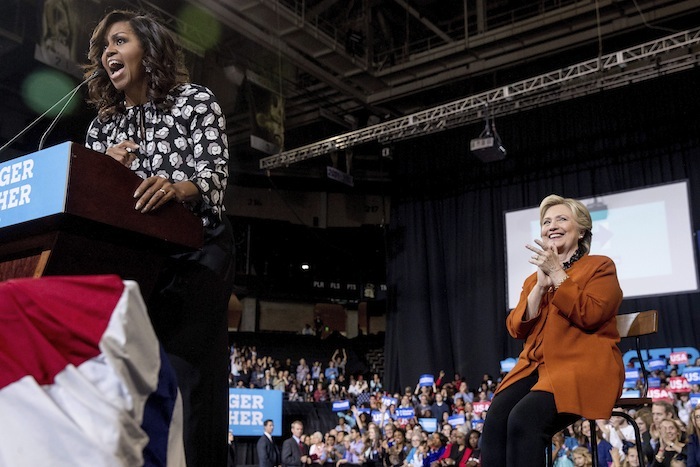 2. Everyday sexism: It’s officially real
Good news. Next time someone tries to tell you that sexism is a figment of the hysterical female mind, you’ll have a neat and tidy counterpoint in the form of Donald Trump. When Clinton disbelievingly told a debate-night audience of 84 million viewers, “I think Donald just criticized me for preparing for this debate,” she was every woman who’s ever showed up to a meeting with a stack of notes, only to be bested by a dude who fudged his way through on the benefit of the doubt. As journalist Rebecca Traister wrote, Clinton “isn’t carrying just her own baggage, but will stand in as the symbolic target for those whose fury at increased female autonomy has been building.” Thanks to this election, all that latent sexism bubbled to the surface in spectacular fashion.

3. The glorious rise of Samantha Bee
It’s fitting that an election campaign that could end up smashing one glass ceiling also helped shattered another: the male-dominated world of late-night TV. Samantha Bee’s Full Frontal, which premiered in February with the auspicious declaration that she was “kinda done with sausages,” has completely crushed the competition when it comes to covering politics. The Canadian comic’s relentless, emphatic and hilarious skewering of the Republican candidate led The New Yorker to crown her America’s new Comedian-in-Chief. And with Michelle Obama and Clinton constantly choosing to “go high,” it’s been incredibly satisfying to watch Bee go low. 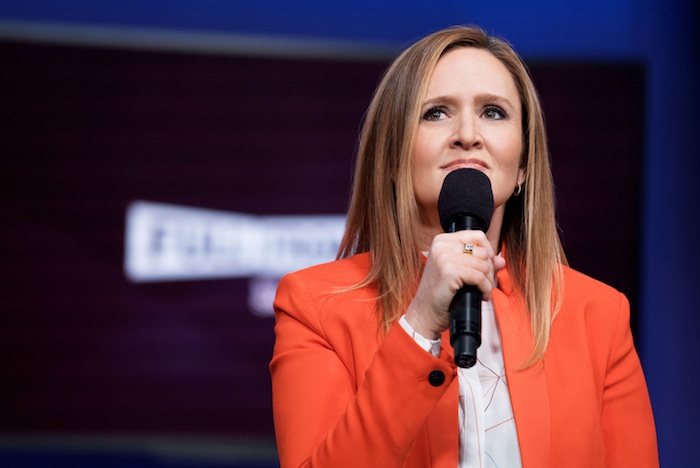 4. The reclaiming of “Nasty” (the word and the song)
“Such a nasty woman.” The four words had barely left Trump’s lips in the final debate when “Nasty Woman” T-shirts started selling like crazy online. Clinton supporters everywhere began to wear the word like a badge of honour. Being “nasty,” by this definition, is to be a capable woman who knows what she wants, who is unabashedly badass and who gets things done — in other words, presidential material. Another upside: Janet Jackson’s 1986 song “Nasty,” saw a 250 percent boost on streaming service Spotify and Katy Perry has co-opted it as her Clinton rally walk-on song. 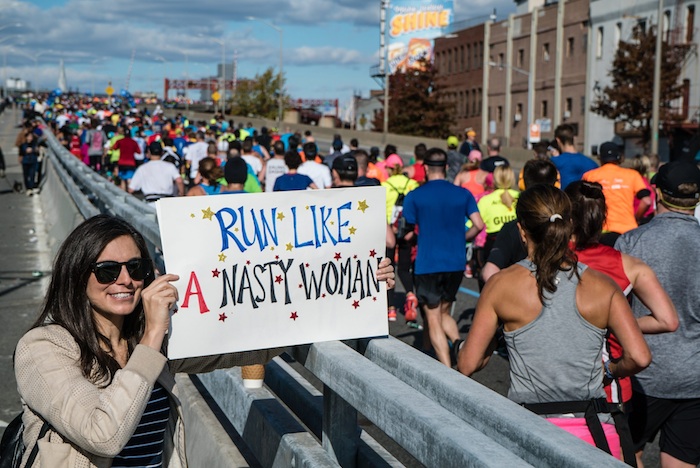 5. A U.S. presidential candidate took an unequivocal position on a woman’s right to choose
It’s pretty much agreed that Clinton slayed the third debate, in part because she finally started using some of Trump’s tactics against him. But it was her impassioned, unapologetic defense of a woman’s right to choose that stood out the most. We’re so used to politicians — even those who are pro-choice—tiptoeing around this topic, but there was no ambiguity in Clinton’s promise to defend Roe v. Wade and protect the right of a woman, as she put it, to “make the most intimate, most difficult in many cases, decisions about her health care that one can imagine.” Her speech felt especially profound since Trump, just moments before, had made the ridiculous claim that legalizing abortion led to babies being “ripped out of the womb” in the ninth month.

6. Trump’s gross hot-mic comments pushed the public to redefine sexual assault
Before this election, a lot of people may not have equated behaviours like unwanted touching or kissing with sexual assault. But when CNN’s Anderson Cooper took Trump to task over the leaked Access Hollywood tapes in the second debate, he left no room for interpretation. “You described kissing women without their consent, grabbing their genitals. That is sexual assault,” Cooper said. “You bragged that you have sexually assaulted women.” Canadian-born author Kelly Oxford launched the Twitter hashtag #notokay, which prompted more than 1 million women to share their own stories of sexual assault. And during the final weeks of the campaign, 11 women came forward alleging Donald Trump made sexual advances on them without their consent.

7. Denizens of actual locker rooms were having none of it
By shrugging off his hot mic jokes about unwanted touching as “locker room talk,” Donald Trump probably thought he was saving face with the dudes of America. Not only did his statement prompt athletes, including Cleveland Cavaliers forward Dahntay Jones and Kansas City Chiefs wide receiver Chris Conley, to denounce his sexism, it cost him dearly at the polls: support for Trump among white, college-educated men dropped from 47 percent to 37 percent after the second debate.

Some Republicans also offered admonishments, like Jeb Bush, who qualified his disgust: “As the grandfather of two precious girls, I find that no apology can excuse away Donald Trump’s reprehensible comments degrading women.” Actor Tom Hanks, meanwhile, got it right: “I’m not offended as a husband or a father — I’m offended as a man.”