The Six Issues That Matter Most In This Fall’s Election

A cheat sheet to brush up on key points to consider ahead of October—the stuff candidates will be dying to talk about and the things they’d rather avoid. 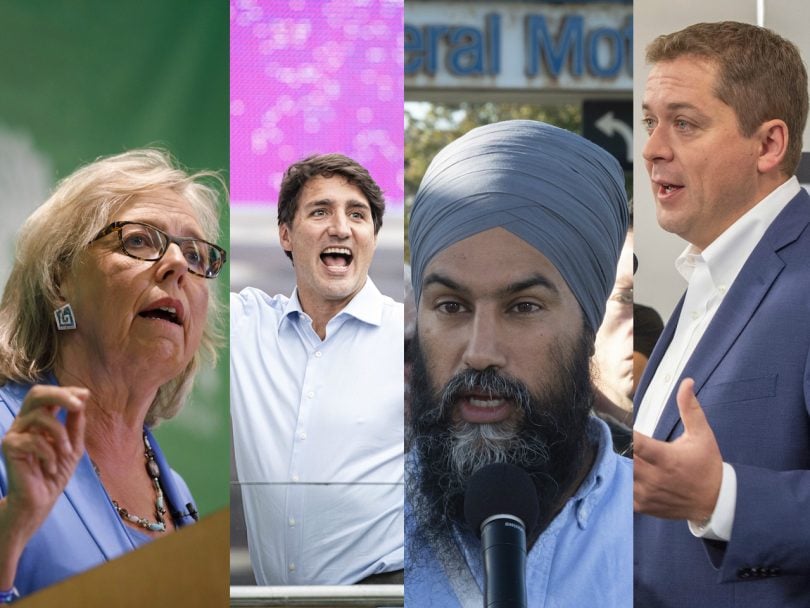 This federal election campaign already feels like a slog. Each of the parties is facing its own challenge. The Liberals are having to reframe the hope-and-change narrative they won on last time now that Justin Trudeau is carrying some serious baggage. The Conservatives are working uphill to convince Canadians that Andrew Scheer will temper his social conservatism. Jagmeet Singh’s NDP is still struggling to fill a slate of candidates and Elizabeth May’s Green party is contending with newfound scrutiny as climate issues make the top of the agenda.

So how does the average voter cut through the noise and get to the issues that really matter? Here’s a cheat sheet to help brush up on the key points to consider ahead of October—the stuff candidates will be dying to talk with you about…and the things they’d rather avoid. 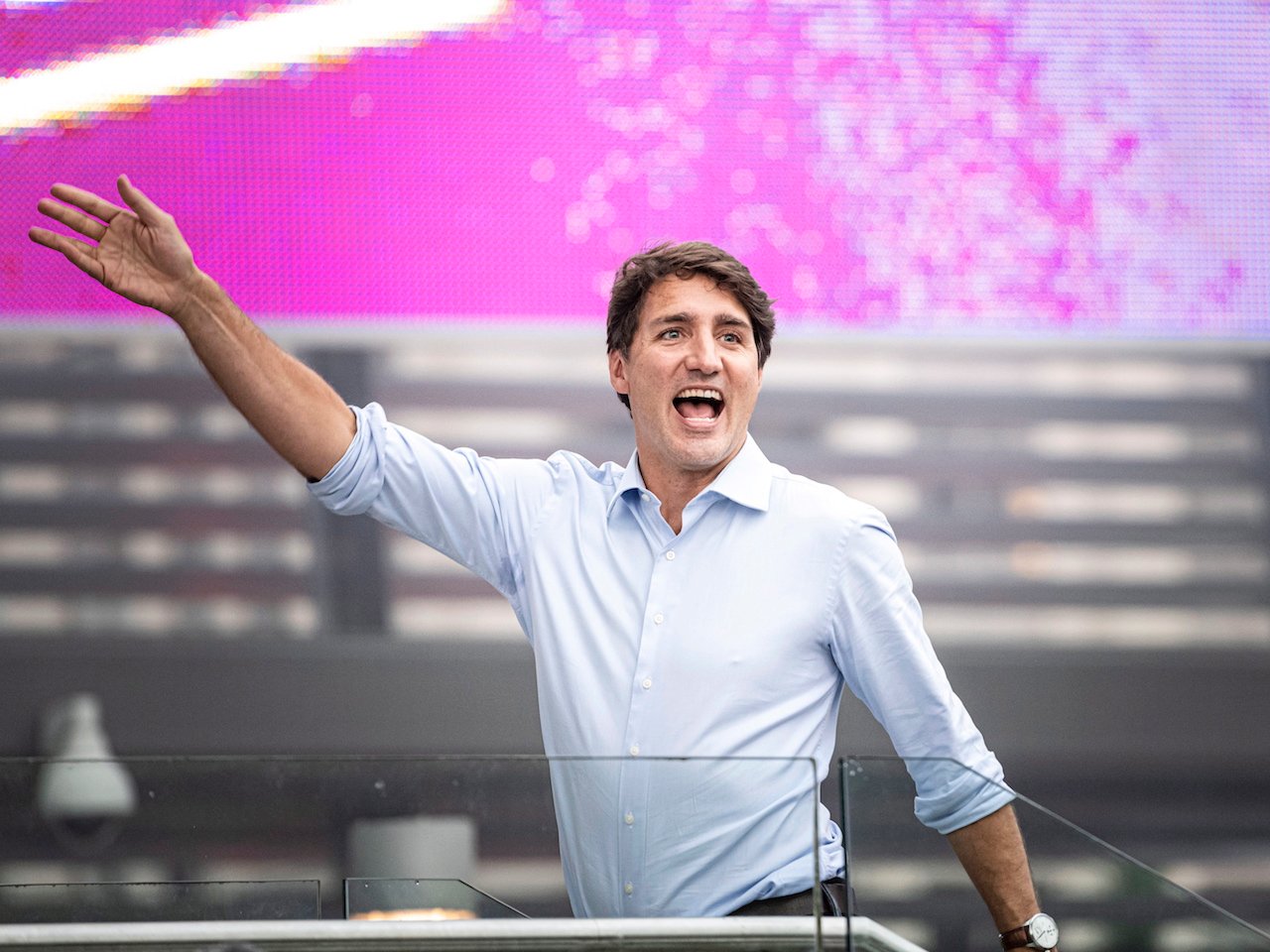 The amount of money left in your pocket after paying your bills and taxes is always a hot topic on the election trail, and this campaign is no exception. Canada’s economy is doing well—unemployment is at its lowest rate in 43 years—which makes a good story for the incumbent Liberal party to tell, says long-time Liberal and political consultant at Crestview Strategy, Gabriela Gonzalez. This makes it harder for the Conservatives to bolster their reputation as “stewards of the economy,” Gonzalez says.

The Conservative tack, so far, seems to be pocketbook issues: Yes, the economy is humming along, but how come it doesn’t feel like you’re further ahead? That’s why you’ll see Conservative leader Andrew Scheer promising to scrap the carbon tax and waive taxes on maternity leave benefits. And, while the national unemployment rate is low, jobs still do weigh heavily on the minds of voters, especially in Alberta, given the struggling oil and gas sector, says Erika Barootes, a VP at the government consulting firm Enterprise.

Voters want to know how the various parties plan to get them back to work, and how they’re going to be able to afford a roof over their heads. (We’ve seen Liberal leader Justin Trudeau so far talk up homebuyer affordability measures already promised in the government’s 2019 federal budget).

The NDP, meanwhile, is conveying the message that yes, the economy is doing well—but that’s only been a good news story for the well-to-do. They’re weaving affordability into a lot of their promises, including education, childcare and cellphone service. The Greens’ big affordability promise is to establish something they’re calling a “Guaranteed Livable Income” to raise Canadians above the poverty line (which is, on average, about $37,500 for a family of two adults and two children). 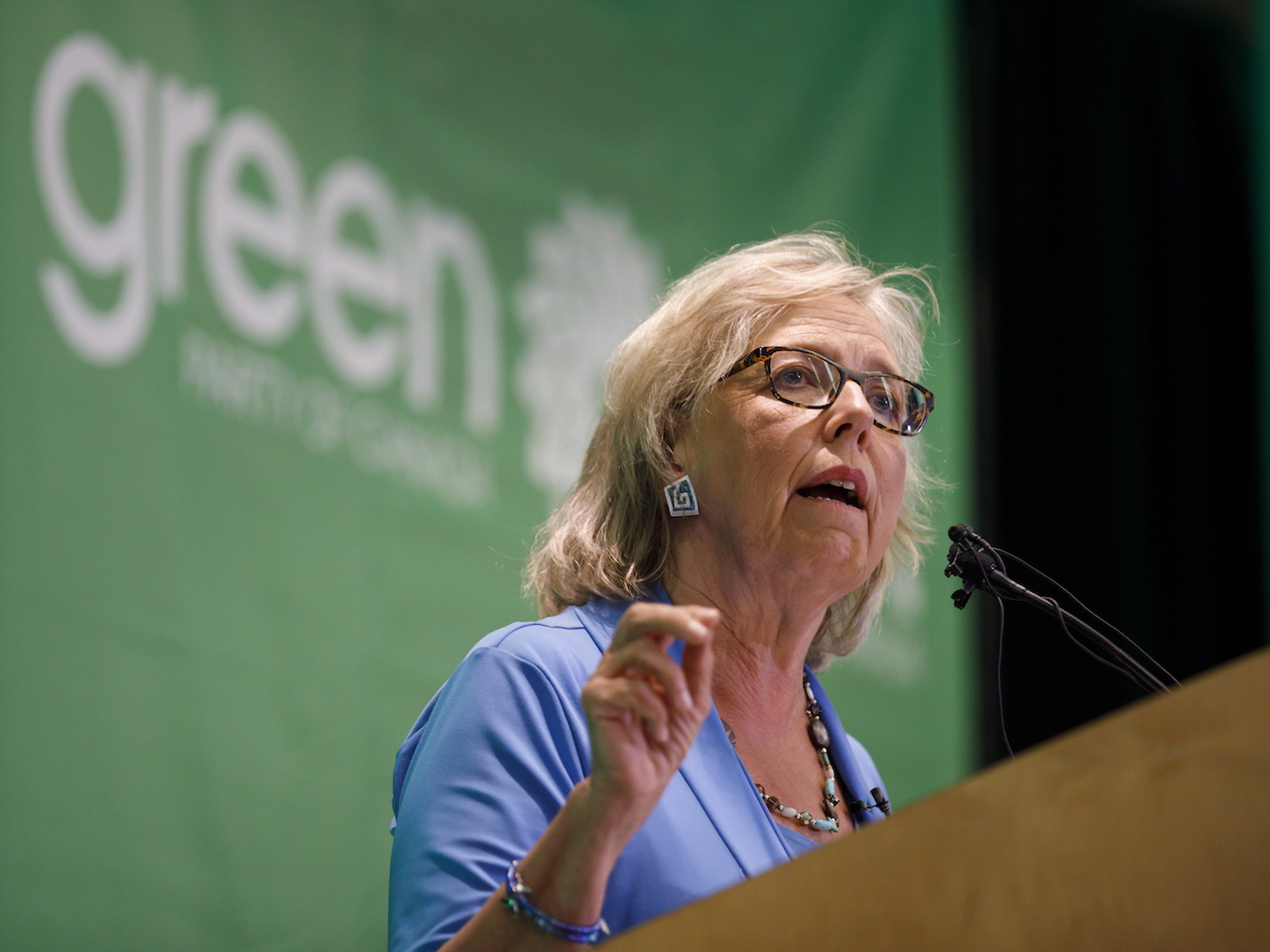 All of the major parties agree climate change is a threat—so expect to hear A LOT about it on the campaign trail.

The Liberals—who announced an official “climate emergency” in June—have rolled out a carbon tax (or, as they’d prefer we’d all refer to it, “pricing carbon pollution,”) which requires buy-in from the provinces to create their own carbon pricing systems based on their needs and emissions (there is also a rebate to help alleviate the cost on taxpayers). That has been met with resistance from Conservative-led provinces, such as Ontario, Saskatchewan and Alberta, whose MO is to try to lower taxes and reduce government involvement in business. (Saskatchewan and Alberta have filed legal challenges; Ontario lost its challenge in the Supreme Court over the summer.) The federal Conservatives are promising to scrap it, should they win power in October. Instead, they promise to build up the green energy sector.

The NDP has a raft of climate policies, including the promise to set ambitious targets to stabilize the global temperature, which are set to rise to 1.5 degrees Celsius pre-industrial levels. The Greens (this issue is their bread and butter) have promised to retrofit all buildings to be energy-efficient—since Canada’s building sector is the third largest contributor to carbon emissions—and completely modernize the energy grid to only work on renewable energy sources.

The sticking point for most parties will be how Canada can transform its energy sector while taking meaningful action to protect the environment. And the challenge for the Green Party will be whether their authority on climate issues can win over progressive voters.

The cost of drugs is the biggest health care issue going into the election, with epic wait-times and the opioid crisis also top of mind. Pharmacare is a rare issue three of the four major parties plan to tackle in a similar way. (The differences are in the details.) The NDP’s first campaign announcement featured a long line of supporters mimicking an epic wait-time for hospital care to draw attention to one of the NDP’s biggest promises: A $10-billion-per-year national pharmacare system that will lower the price of drugs and expand the public healthcare system to cover things like dental, vision and mental health. “The NDP are playing smart by talking about pharmacare—they know access to drug coverage is important to Canadians,” Gonzalez says.

The Liberals are also talking up a pharmacare plan that would transform the system into a single-payer public system of prescription drug coverage. The Greens, too, argue an expansion of public health care to cover prescription meds “makes economic sense.” The Conservatives are the outlier here and have no plans to expand the public purse for medication (not really their style), but Scheer did, in August, “guarantee” to increase health and social program transfers to the provinces by at least three percent each year. Canadians will ultimately be interested in voting for someone who can save them money or time when it comes to healthcare, so the parties will have to play to that thinking. 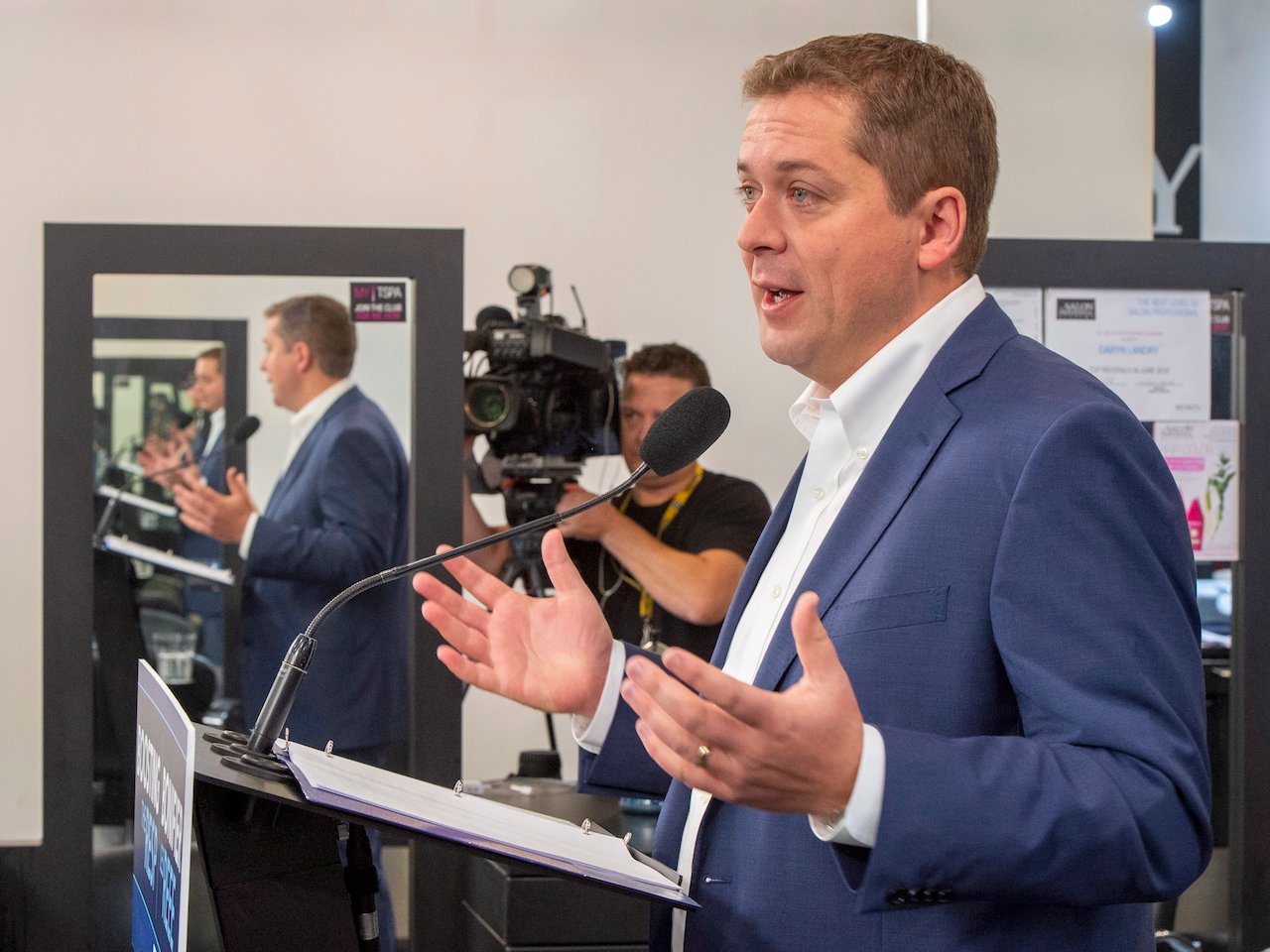 Let’s face it—whoever is elected prime minister will still have to deal with that wild card of a United States president, Donald Trump. It’s widely accepted that his actions contributed to poor relations between Canada and China, including trade issues and the unlawful detention of two Canadians. And it took almost a year for Canada and the U.S. to smooth out a tariff tiff over steel and aluminum products.

“Trade is something that’s looming over this election,” Gonzalez says. When Canada condemned the detainment of women’s rights activists in Saudi Arabia last summer, the Middle Eastern nation demanded an apology, froze new trade with Canada and called its international students home. With a global landscape increasingly populated by populist, nativist governments (hello, Britain and the U.S.), the next prime minister will have to be someone who can navigate that world with ease, while continuing to stand up for Canadians.

Barootes argues that the parties also need to pay attention to unity in Canada. Alberta and the west is feeling alienated, and there has been a similar sense in the Maritimes that the Trudeau government has given up on them. “The purpose of federalism was to help unify our very vast country. Right now we see a lot of division,” she says, citing the fact that some provinces are taking the federal government to court over the carbon tax. The candidates are also having to contend with sensitive politics in Quebec, namely Bill 21 which bars public service workers from wearing any religious symbols (it’s extra tricky for NDP leader Singh, who himself wears a turban but whose party also really needs votes in Quebec). While Quebec premier Francois Legault has warned federal leaders to stay out of the issue, Singh has spoken up against it, Trudeau, Scheer and May have essentially said they would not intervene.

There is a lot of attention being paid to Ontario’s suburbs and Quebec in terms of seats that could go either way, which means the leaders will be spending a lot of time in those ridings. The parties will have to work hard to make sure they don’t alienate folks in other parts of the country. 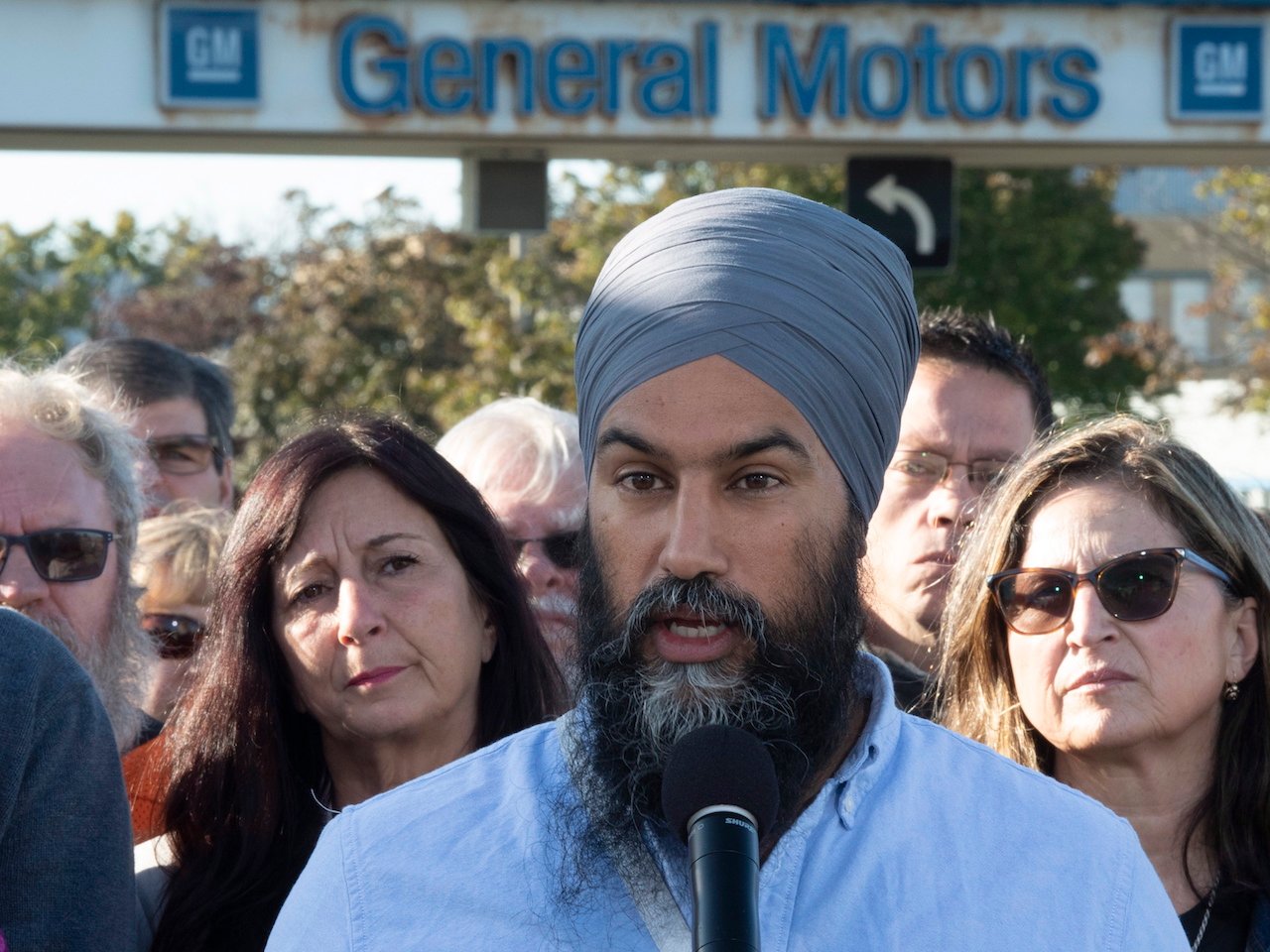 Do you trust the candidate for prime minister and the party around them to move the country in the right direction? That is always a key question at the ballot box. Expect to hear a lot about this in the coming weeks, as the parties work to skewer Trudeau’s ethics. That history, of course, is mostly tied to the SNC-Lavalin scandal, which saw the departure of attorney general Jody Wilson-Raybould and treasury board president Jane Philpott from the Liberal caucus..

Expect the Conservatives, NDP and Greens to raise SNC-Lavalin on the campaign trail as evidence that the current prime minister can’t be trusted. Political strategists, however, doubt those attacks will have much traction with voters. “When it came out, it was a slap to the face,” Barootes says. “But it seems like over the last few months, the Liberals have done a good job of trying to steer away from it.”

The other parties have their trust issues, too: The Conservatives have failed to change the channel on whether or not Scheer—a devout Catholic who won the leadership thanks, in large part, to social conservatives—would ultimately support legislation that would limit a woman’s right to have an abortion (Scheer has pledged not to reopen the debate, but the Liberals have criticized him for bolstering his openly anti-abortion Conservative candidates on the campaign trail). The disarray of the federal NDP has raised major concerns about Singh’s capacity to lead, while May has been batting away criticism that the Greens are just conservatives who care about the environment (she has said the Greens would prop up any of the parties in a minority government situation, including the Conservatives, and that she also wouldn’t limit freedom of thought on issues like abortion). There is also the wild card of the rookie People’s Party of Canada, which just gained entry to the national consortium debates. Leader Maxime Bernier, who lost to Scheer in the Conservative leadership race, is trying to win over Canadians with a populist, protectionist message (for example, tightening up Canada’s stringent immigration system).

“An election should be an opportunity to debate ways forward through this landscape of peril,” writes Paul Wells at Maclean’s. “For that to work, we need leaders and ideas on something approaching the scale of the challenges. But while the hour is big, the leaders seem like trainees.”

Which leadership candidate will rise to the challenge and win over voters? We’ll have to wait and see.