3 Things Andrew Scheer Could Learn From Cocktail Circuits And Celebrities

In a cringey new Conservative party ad, Scheer pokes fun at glitzy types. The criticism may have landed better if he'd ironed his shirt. 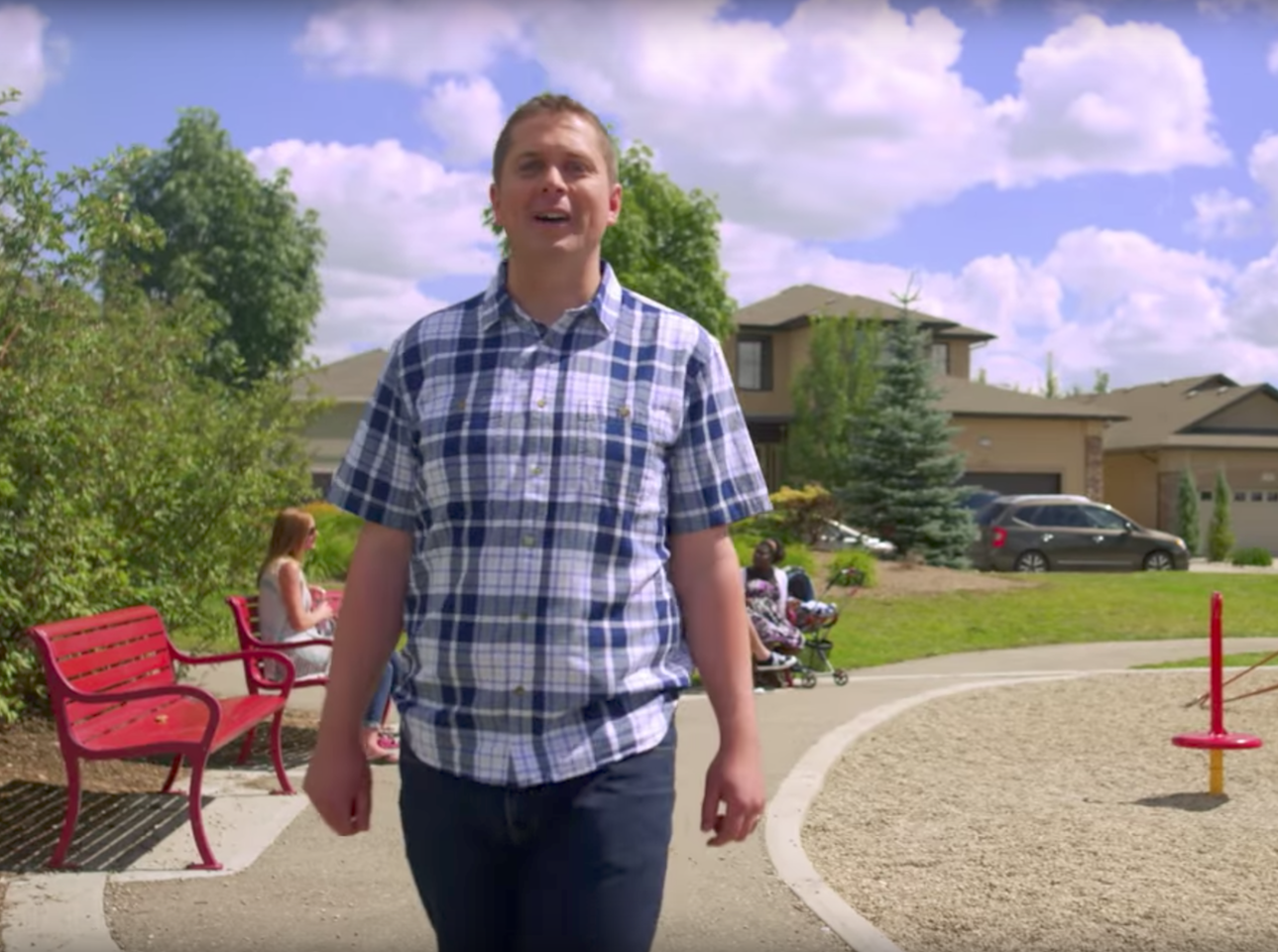 The title of the newly released Conservative ad is “I’m Andrew Scheer,” but it could have just as easily been called, “I’m not Justin Trudeau.” In the 30-second spot, Scheer strolls through a typical suburban park looking every bit the everyman, in saggy blue jeans and an untucked plaid shirt. Between Scheer’s lack of energy (those red park benches are more alive), schlubby appearance and the lack of diversity (the park’s inhabitants are entirely white, with one exception), the whole thing is pretty cringe-inducing.

Scheer does, however, get in a couple of cracks at Trudeau’s silver-spoon background. “I know what it’s like growing up in a family that had to make sacrifices,” he tells viewers. And later, “The other guys can take their cues from the cocktail circuit and celebrities, I’ll take mine from the grocery stores and the soccer fields.”

Ok, we get. He’s standing up for “regular” Canadians. But based on this ad, Scheer could learn a thing or two from leaving his suburban cul-de-sac and engaging with cocktail circuit types and celebrities a little. In fact, here are three of them.

While Scheer needn’t look like he came from GQ or a Vogue photo shoot, his short-sleeved button-up is distractingly frumpy for the leader of a national political party. It’s meant to say approachable, but instead it says, “Tuck me in!” and, “Iron me!” The clothes may not make the man, but they do make him presentable.

2. How to get outside your comfort zone.

One thing you can’t deny about this ad is that Scheer looks like he truly belongs among the SUVs and tidy lawns of the suburbs. But if you want to represent all of Canada, you have to go beyond picket fences. Get out there. Meet new people. Visit one of Canada’s exciting cities! Get uncomfortable. You know what’s uncomfortable? Walking into a fancy wine-and-cheese where you don’t know anyone.

3. How to make effervescent small talk.

The most awkward parts of the promo ad are when Scheer gives little waves and nods to people as he passes them by. You get the sense that mingling with strangers would not be this guy’s forte, and yet it’s a crucial part of being a politician. You know who can make charming but ultimately unrevealing small talk? Celebrities! And people at cocktail parties! Fortunately, the looming holiday party season will give him plenty of opportunities to practice. Take notes, Scheer.