How the founder of Pluck Tea turned her passion into profit

Jennifer Commins built her dream business without sacrificing her financial security. Here’s what she learned.

This story is sponsored by TD. 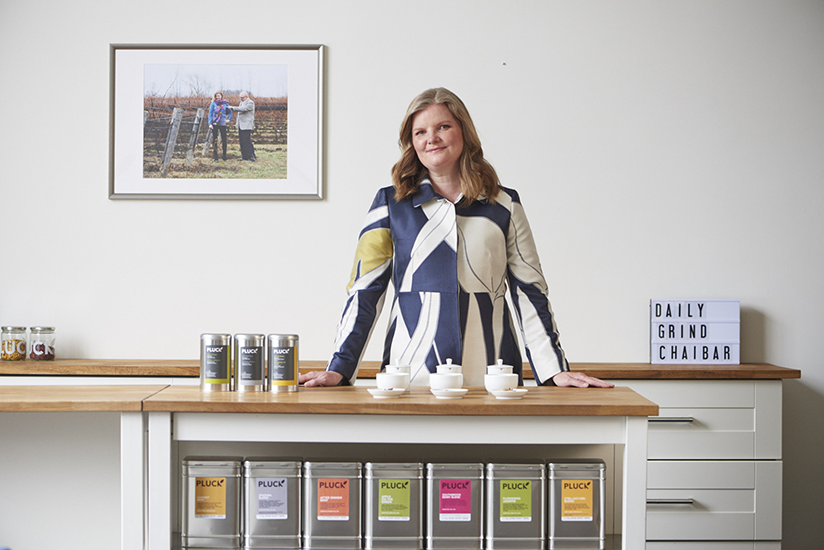 Tea can be a bit dowdy, but Jennifer Commins is changing that, one cup at a time. Since founding her company, Pluck Tea, Commins has put tea on the map by placing her signature blends, such as Just Peachy and Muskoka Chai, on menus at top Toronto restaurants. “I’ve always been a huge lover of tea. I grew up with two British parents,” says the 41-year-old mom and tea sommelier.

Commins launched Pluck in 2012 after noticing tea was largely overlooked by the city’s culinary scene. “When I took friends out for dinner, they’d order coffee at the end of the meal and get these lavishly presented lattes. I’d order tea and get a sad tea bag in a scratched metal pot,” she says. “I saw an opportunity to make tea that delighted the customer, instead of serving something substandard.”

A 17-year veteran of the furniture design industry and a part-time culinary student, Commins began working on Pluck as a side business on evenings and weekends. Her aim was to create a Canadian line of teas using ethically-sourced ingredients presented in sleekly designed packages. She set out to create in-demand flavour profiles using ingredients from sustainably managed and certified organic sources around the world, as well as local ingredients, like grape skins from a vineyard in Niagara, Ont. All her tea is hand-blended and packaged in Toronto.

The product took off, and soon Commins decided it was time to quit her six-figure day job as a marketing manager for a German furniture company to focus on Pluck full time. The move was a financial risk. “I started the company with $5,000 and a credit card,” she says. “My husband and I had some long talks about how to make it work.” The couple eventually decided to sell their house in the toney Beaches neighbourhood of Toronto and rent instead. “Everyone thought we were crazy, but it allowed us to free up some capital so we were able to maintain a comfortable lifestyle,” she says. She also sold her car and started driving her mom’s 1996 Subaru hatchback, trimmed her grocery bills by learning to plan meals and reduce food waste, and changed her personal style. “I used to buy designer clothes. Shopping was a big part of my life. But I don’t value those things anymore,” she says.

One thing she’s always valued, however, is financial security. While she was willing to make sacrifices in other parts of her life, Commins wasn’t willing to change her savings habits. “Ten per cent of my income immediately comes off my paycheque and goes into a mutual fund,” she says. “Most of my retirement savings were generated when I worked for other companies and had more income to put aside, but I promised myself I wouldn’t touch it when I started Pluck, and I didn’t.”

Though living on a budget was challenging at first, Commins says owning her own business made it worth the effort. Now all that hard work is paying off—today, Pluck’s teas can be found on high-end restaurant menus, in office buildings, hotels, and Indigo stores. She and her husband still rent in Toronto, but they purchased a property in Prince Edward County, Ont., where some of Pluck’s ingredients are grown. They’ve also started working with a financial advisor to map out a long-term plan for their family.

Commins says she’s proud to have built a company that is profitable, while supporting local growers and businesses. “Being able to create something from the ground up in Canada is a huge accomplishment for me,” she says. “I have a full and unwavering belief in what I’m doing.”

More:
Why I traded my career in the city for life on the farm
Chatelaine Quickies: Chocolate-almond cretzels
6 hot chocolate recipes that are a little bit decadent — and a whole lot delicious