Four experts weigh in on the magazine's historic decision. 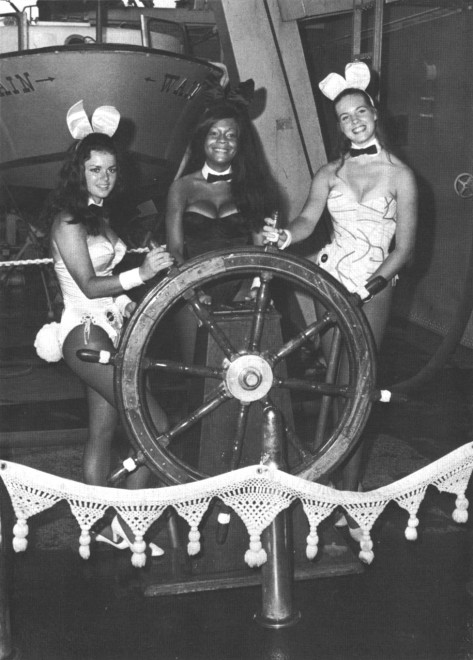 To men who grew up with dog-eared Playboys stuffed beneath their mattress, the news read like the death of a cultural rite of passage: After 62 years of titillating photos, the world’s most famous nudie magazine won’t be so nudie anymore.

The title responsible for bringing sex to the consumer masses will stop publishing shots of naked women, Playboy CEO Scott Flanders told the New York Times this week, because the Internet more than satisfies any appetite for pornography and smut.

A redesigned Playboy, to be launched in March 2016, will aim to recover from a massive drop in circulation (from 5.6 million in 1975 to about 800,000 today) and cater to a younger audience.

Related: Does sex sell? Not for Abercrombie and American Apparel

Sure, a buttoned-up Playboy sounds like Gloria Steinem’s 50-year-old dream come true, but is ditching the nudity really the key to brand revival? Does anyone in 2016 actually want to read Playboy for the articles? We asked four branding and communications experts for their thoughts.

“The magazine has a great literary history. This is a magazine that used to publish people like Norman Mailer. Yeah, there were naked girls in it, but there was some modicum of art to that, depending on your point of view. That Playboy history is very useful to the millennial guy right now. This was a publication that was born in the time of Mad Men and represented a certain view of masculinity that young men are flirting with right now. There is a trend of young men trying to be men again, and that reclamation makes them an audience for this kind of thing. To me, this is an inspired return to their roots. If it’s desperate, that’s too bad. If it’s brave, that would be great.”

“They should have done this years ago, for social and ethical reasons. It’s bit of a shame that they had to wait for the business environment to shove this at them. Missed opportunity for social leadership, which is actually something that, historically, they are quite good at. It is a good call, I think — and their own numbers support that. The question is: Why so late, and what else are they going to be doing with the brand?”

“I think it’s a really smart move. When it first started, in the 1950s, the naked women were there to validate that a discerning man interested in the domestic space was still heterosexual. It’s not really about that anymore. I would love to say this is a step ahead for feminism, but I don’t think that’s the case. It’s still objectifying women. Think of that Sports Illustrated cover with the woman pulling down her bathing suit, that tantalizing ‘almost going to show you but not quite’ thing — that’s almost more risqué now.”

“I can’t think of another recognizable brand that has changed the offering it’s so famous for so suddenly. That said, Playboy took nudity off their website [last year] and traffic quadrupled, but the content now looks a heck of a lot like Buzzfeed and the Huffington Post. The top article on Playboy’s site is ‘Check out this dude handle a King Cobra snake like a total badass.” If the plan is just to replace nudie pics with women in provocative clothing alongside articles like that, then their lunch has already been eaten.”

Update: Playboy reveals its final nude with Pamela Anderson as the cover star.