Should admitting the truth leave Paula Deen in exile?

Find out how one truth created a career-damaging downward spiral for chef and TV personality Paula Deen. 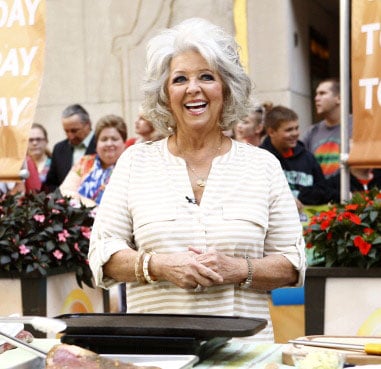 It’s been an unpleasant couple of weeks for Southern-fried chef Paula Deen. So much so that I don’t think a bowl of sweet potato pie is going to offer the comfort-food queen much solace at the moment.

The trouble began for Deen when she was sued by a former employee of one of her restaurants in Savannah, Georgia. According to CNN, the female employee, a former manager of The Lady and Sons and Uncle Bubba’s Oyster House, charged Deen and her brother with racial and sexual harassment.

Reportedly, it was while she was being deposed for the suit in May that Deen admitted that she had used racial slurs — not in connection with any particular incident, however but just in her lifetime.

It’s unclear how the details of her deposition became public, but since they were leaked last week Deen has suffered a few major professional setbacks. Aside from the damage her reputation has taken, she was fired from Food Network, which also pulled her TV shows from its lineup, and lost a major endorsement deal with U.S. pork producer Smithfield Hams.

“Smithfield condemns the use of offensive and discriminatory language and behaviour of any kind. Smithfield is determined to be an ethical food industry leader and it is important that our values and those of our spokespeople are properly aligned,” said a Smithfield spokeswoman.

Smithfield is one of the world’s largest pork producers, which The New York Times reports, also just sold itself to a Chinese pork producer for $4.72 billion.

While statements about ethical leadership from corporate America may be taken with a grain of salt, the public response to Deen, who has already been the subject of disdain for her cooking style (think butter, butter and more butter plus deep frying) has been rabid.

Those who dare to question the intensity of the reaction to Deen’s admission aren’t spared attack either.

Interview with the Vampire writer Anne Rice recently wondered if the response to Deen’s confession reflected our “lynch mob” online culture (I admit it wasn’t the wisest phrasing for the author) and her query has already been shouted down by online commentators.

While few can speak to the substance of the legal suit against Deen — that’s for the court to decide, which presumably has evidence to consider rather than rumours and uncontrolled vitriol — I think it may be a tad premature to categorize Deen as a redneck racist.

So far, her greatest crime in the court of public opinion, at least, seems to be admitting that she has used racial slurs and possibly told some off-colour jokes. If that’s the criteria by which we condemn people to online infamy, well then, in future I predict a vast decrease in the number of racists among us and a sharp uptick in the population of liars.

Perhaps it would be wiser for us to forgo attack mode in curbing racial slurs and jokes — does it ever work? — and instead take a more gentle, albeit direct approach to addressing cultural missteps as they occur around us (and boy, do they occur, from racist jokes and comments in the office to sexist remarks on the street).

That means don’t laugh, don’t nod, don’t shrug it off and act like it’s OK for someone you know, love or work with to use ugly language or ideas. Tell the offending party that they’re being offensive and why. Who knows, it may result in a real moment of clarity.

Do you think Deen should’ve received this kind of reprimanding given her admission?