We’re doing fine on our own 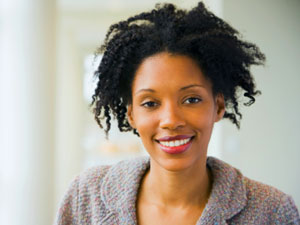 Last Thanksgiving, one of my uncles asked me if I was gay. Actually, he said he hoped I knew that “we lived in a day and age where it was okay if a niece wanted to come out to her uncle.” But what I heard was, “Is it because you are secretly a lesbian that you are 33 and still single?”

Up to that point, I thought I was very comfortable with “Status: TBD.” I’m lucky enough to earn an income as a journalist, and in between my book club, poker games, workouts, guitar lessons, occasional dates and general hanging out with friends, I don’t really have time for loneliness. Still, I was stunned at how my uncle’s comment threw me. I had never realized that being on your own required an explanation.

I’m not the only one who feels some ambivalence about having single status. “People don’t say ‘I’ve never found a partner’ with pride,” says Marian Botsford Fraser, author of the 2001 essay collection Solitaire: The Intimate Lives of Single Women. “There is gay pride, and people take pride in their ethnic backgrounds, but there aren’t any marches celebrating the state of being single.”

If anything, women continue to avoid singledom. Statistics Canada reports that just under 4 million fall into the category of “single, never married,” and many of them are women you wouldn’t expect to be married: Half are in the 15-to-24 age range. The numbers are consciousness-raising for singletons like me. Today, roughly the same percentage of us are getting married or living common-law as in 1971, back when TV’s heroine was Mary Richards, who was “gonna make it after all” even if she was a thirtysomething, single career gal. In this century, although women are more educated than ever before (34 percent of women aged 25 to 29 had university degrees in 2001, compared with 21 percent in 1991), feminism is spinning its wheels and our icons can be found on TV shows like Desperate Housewives.

At least women are not forsaking careers for marriage: In 2004, we made up 47 percent of the total workforce – a 10-percent rise since 1976. Employment is having a significant payoff for single women: Not only will we have better pensions as seniors – making that image of the cat-food-eating spinster one for the history books – but we’ve also turned into a mighty consumer force. According to a study by Royal LePage, 30 percent of single, never-married women own their own homes, as do 45 percent of divorced or separated women and 64 percent of widows.

It’s a trend that might have as much to do with attitude as with bank accounts. “The most noticeable thing about single women now is that they are far more likely to start their lives without waiting to become partnered,” says Fraser.

I, too, am getting on with my own life. My awkward moment with my uncle is dusted off every now and then as an anecdote to entertain friends, in between visits to condos with real-estate agents. And, while I’m not gay, I can honestly say I am pretty happy.