Oprah gets a pedicure, Tamil kids go to school, and a possible cure for migraines

Just when you thought you'd seen Oprah do everything, she kicks off her shoes, pulls off her socks and lets one of the world's greatest female athletes give her a pedicure. 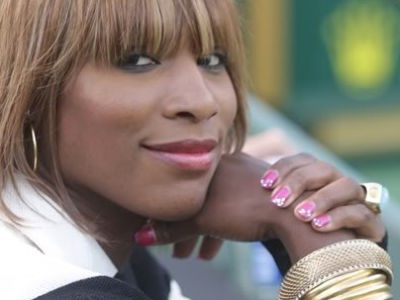 Just when you thought you’d seen Oprah do everything, she kicks off her shoes, pulls off her socks and lets one of the world’s greatest female athletes give her a pedicure. “I can’t believe Serena Williams is filing my big toe!” Exclaimed our favourite television matriarch as the two superstars chatted Monday about school, beauty, and Williams’ obsession with nails. It’s some major girl talk with Oprah telling Williams “you’re a catch,” to which Williams replies “I’ve learned love sucks.” It’s a conversation even non-television and athletic superstars can relate to.

Some of the Tamil children that arrived with their parents aboard a boat from Sri Lanka last month have begun attending school in Burnaby, B.C. The children were among 493 migrants who arrived on Vancouver Island this past August 14 after spending three months on a boat in an effort to escape their war-torn homeland. Forty-one children began class on Friday at a Burnaby youth detention centre, and while the children are not being officially detained, their mothers are being held at the correctional facility until their identities are verified.

Are you a North American man tired of all those pesky, strong-willed western women expecting to be treated as equals? Then perhaps the Isaan region of northeastern Thailand is the place for you. A feature in Saturday’s New York Times revealed that almost 11,000 foreign husbands have settled in the region, drawn by the apparent subservient reputation of the local female population. “Thai women are a lot like women in America were 50 years ago,” claims one husband, you know, before they claimed their rights and became “strong-headed and opinionated.” And while the Thai women interviewed in the piece seem relatively satisfied with the arrangements, Jezebel.com points out that “when you have white males with financial stability proudly declaring that they’ve found a way around the progress this country’s female population has made over the past half-century, one wonders if these marriages really are dreams come true for both parties involved.” We couldn’t agree more.

China’s government has decided to continue it’s one child policy, despite recent speculation that they might scrap it. The world’s most populous country credits the 30-year-old rule with preventing 400 million births and helping to break the cycle of poverty, yet some critics point to an aging population and a preference for male children over female children as reasons to ditch the controversial policy. One thing’s for sure – it’s a move that would horrify Kate Gosselin.

For those of you plagued by the nightmare of migraine headaches, scientists may be one step closer to finding a cause – and a cure. A study published in Nature Medicine hypothesizes that a faulty gene that has been discovered in a family of migraine sufferers is to blame. It’s the first time the genes responsible have been identified, and the scientists at the University of Oxford who discovered it say that if the gene doesn’t work, environmental factors will bring on the nightmare headaches. For anyone who has ever felt the throbbing pain of what the World Health Organization says is the planet’s leading cause of disability – it’s a step in the right direction.