Only one more year apart

As Mark left for the field today and we had a realization about how little time we have together. 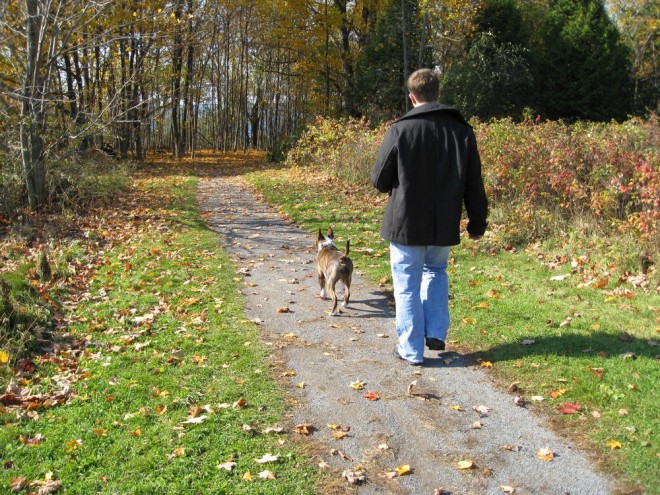 This morning, I woke up as Mark kissed me on the cheek, then threw his heavy rucksack over his shoulder as he walked out the door. He’s gone for two weeks, off to Meaford today, a place that most of us military folk loathe because it usually means hard army field exercises where you sleep in a hooch (basically, this is a ground sheet tied to a tree—so take my word that it’s not at all comfortable) and eat awful food on the run. So to say the very least, he wasn’t leaving happily. But it’s not the field exercise that he’s upset about, but rather, we know that when he comes back, I’ll be gone to Vancouver on my house hunting trip. So really, by the time we are both back in the house again, we only have three more weeks together in our house.

We knew this day was coming. We kept trying to think of it as just one more year. It’s one more year in what has already been two years apart. And this time, we actually have the power to see one another. But now, since we’ve sold the home, where we finally got our start as a couple, it’s hard to let that go when you’ve only just got your arms around it again.

When Mark was leaving for Afghanistan, I had this nervous feeling that really only hit me the day before he left. Until then, I think I had pretty much kept it together! But then we sat on the couch, and I looked at the clock and realized in just a few hours, I wouldn’t be able to smell him. Tell him I love him. Snuggle into that nook between his shoulder and his arm. And I lost it. I cried until my face was purple and swollen. For days.

So thinking back to that time, I try to picture getting into my car in a month, and driving away from the man who I’ve made a life with. The man who loves me back and loved my dog just as much as I did. And driving away from the rest of my family who supports me through everything. Without fail, when I think of it, I cry. Even though I know it’s only a year, I can’t help but have that nervous feeling.

Yes, I am very tired of always saying goodbye.