Ever wonder why your mother can't stop raving about that nice boy at the grocery store? The dorky looking one who always helps her with her cart? And why she frowns every time you mention your partner? The one who forgot to pick you up from work--again. 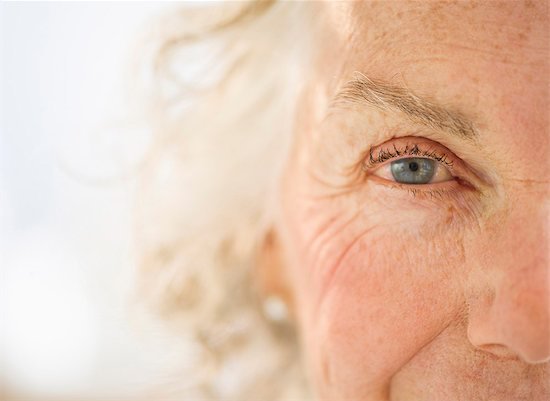 Ever wonder why it is that your mother can’t stop raving about that nice man at the grocery store? The dorky looking one who always helps her with her cart? And why she frowns every time you mention your partner? The one who forgot to pick you up from work—again.

Put mom’s preference for good manners over six-pack abs down to age and maturity. One recent study (via The Vancouver Sun) suggests that as women age they not only become kinder and more appealing themselves but that they also show a marked reduction in attraction to selfish guys, jerks, and bad boys. (Thanks, mom. Leave the pool of creeps for us pathologically immature single gals to dive headlong into!)

The study, conducted online by psychologists in the U.S., asked more than 17,000 people worldwide to rate photos of the opposite sex in order to uncover how the basis for attraction alters over time, if at all. The respondents were both male and female and their ages ranged from 18 to 90.

The survey’s results revealed several interesting facts about how attraction (and by extension romantic needs) change according to stage of life. For example, the younger survey respondents appeared to put a premium on physical attractiveness when it came to vetting potential amours, while older people valued an individual’s character—rating their soft gooey center over and above their their hard chocolate shell, so to speak.

Lead author Claudia Brumbaugh, an assistant professor of psychology at the City University of New York’s Queen’s College, summed up the shift in a statement.

Said Brumbaugh:  “It seems to happen gradually: for every year you age, the more you like these features (in a partner). This is yet another way we focus on the positive as we get older.”

Older women, in particular, showed a marked increase in their receptiveness to men who appeared to be sensitive, intelligent, well groomed and happy. These gals, who may have ‘been there, done that, and bought the T-shirt’ when it came to bad boys, also showed less interest in men who were leaner and sexier in their appearance.

Have you noticed a change in what attracts you to the opposite sex as you get older….and wiser?