One man battles to win civil rights for chimpanzees

Should animals who possess profound abilities to think and experience emotion be given legal rights? 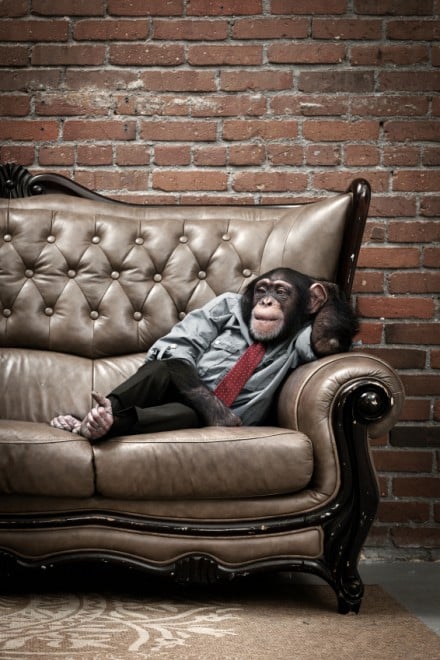 The cover story is part of a longer documentary, “Unlocking the Cage”, being produced about Wise. In the short-doc posted online, Wise explains what granting animals “personhood” may mean ultimately. “Without personhood,” says Wise, “you’re invisible to civil law.” If animals are recognized as “things” rather than living beings, it makes it difficult to protect them from abuses. If recognized as persons under the law, animals with higher-order cognitive abilities will be accorded much-needed rights and protections.

Currently, Wise and his team are petitioning a New York appellate court to recognize four chimpanzees that are now being held in wretched captivity to be viewed as persons under the law. (He’s also working to gain similar rights for dolphins, elephants and whales, creatures that research suggests possess profound intelligence and emotional depth.)

The New York Times’ Op-Doc includes footage of one chimp’s amazing cognitive abilities. The chimp is not only able to understand and express himself through human language and symbols, but he is also able to successfully play memory games. (Warning: there are a few troubling scenes of the abuses Wise is attempting to prevent.)

Wise has encountered many detractors over the years — he says occasionally people barked at him when he entered court — but his belief that animals possess profound abilities to feel and think and experience emotion and therefore necessitate protection from harm is unwavering.

But Wise is no fool, despite what his critics say about his life’s work. He fully expects to lose his case. But he sees it as a necessary failure on the way to eventual success.

“If we lose, we keep doing it again and again, until we find a judge who doesn’t feel that the way is closed off. Then our job is to produce the facts that will allow that judge to make that leap of faith. And when it happens, it will be huge. I wouldn’t be spending my life on this otherwise.”