One last thing to say about William, Kate and The Wedding

I’m not sure if it was because it was, finally, a celebrity wedding where the two “stars” genuinely seemed in love – or if it was something far more profound. 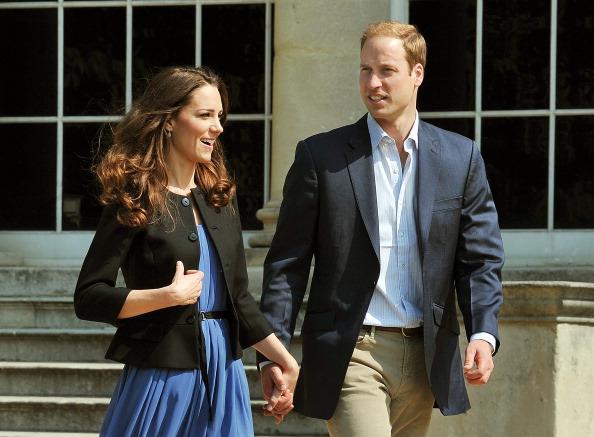 I’m not sure if it was because it was, finally, a celebrity wedding where the two “stars” genuinely seemed in love – or if it was something far more profound.

I remember sitting with my friends14 years ago as William, Harry, Prince Charles and  Charles Spencer followed Diana’s coffin down The Mall and someone saying (or, maybe, me saying?) those kids are going to be so screwed up.  Like so many celebrity “orphans” before them, they couldn’t possibly survive the intense and invasive scrutiny that comes with the job, without their mother/protector watching over them.

What Friday showed us, however, is that not only have those two kids survived, they’ve prospered.  How proud their mother would be – her one great mission in life accomplished.

Okay, I’m getting all sentimental (for good reason!) so need to turn to an expert to give a more objective view of the day.  “It was, obviously beautifully orchestrated – nothing was ever going to go wrong,” says Vanessa Story, founder of  London-based Kasimira Party Organisers a boutique events company that she confesses: “has on occasion worked with Buckingham Palace,” – though that’s all she’s prepared to say about the subject.

“But, in spite of 1900 guest and billions watching on TV, it was amazing the two of them still managed to find one another – to lock eyes and really support each other,”  adds Vanessa.  “Despite the enormity of it all, it felt like an amazingly intimate occasion – which is, ultimately, what every couple wants their wedding to be.”

“The most nervous and overwhelming moment for every bride is when she’s waiting to walk down the aisle and the music starts up,” says Vanessa.  “I’ve seen brides whose knees were literally knocking together.  But, Kate had a four minute walk to make and she seemed so calm, so poised – and confidently engaged with everyone around her as she made her way down the aisle.”

So, will the palace be calling Vanessa when Harry gets hitched?  “We’d be delighted,” she laughs.  “We could handle that, no problem – no problem at all!”

And, for the record, Google just informed me that one of the parties a certain boutique, London-based events company did at a certain royal palace was a little 3,500 person shindig for a certain world leader’s eightieth birthday – but that’s all I’m saying about the subject.