Not to worry, you’re still a Gemini

Astrologers explain why you should relax; why married men are better behaved; carrots make you prettier; the truth about collagen cream; and who won what at last night’s Golden Globe Awards. 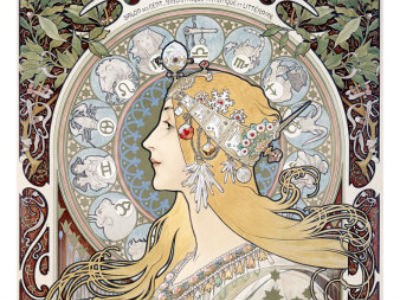 On Friday we brought you the alarming news that your astrological sign may not be what you once thought it was. You may recall that a team of Minnesota astrologers reminded us last week that due to a wobble in the earth’s rotation, astrological signs have actually moved forward about a month. Those of you freaking about your new sign can exhale: new reports say not to worry, you’re probably still a Virgo. Many western astronomers use the planets and solar system rather than the stars, so the signs don’t change, and some astronomers say these fluctuations are all factored in. One thing is for certain: astrologers saw this coming.

It’s a common stereotype: married men are more well-behaved than their bachelor counterparts. The question is, does marriage turn men into docile creatures, or do women simply choose to marry more civilized men? A new study from researchers at Michigan State suggests the answer is both. Scientists found that less antisocial men were more likely to marry. Once married, their social behavior continued to improve compared to their unmarried counterparts, thanks to the help of their wives, we assume. You’re welcome, fellas.

What is your most cherished beauty secret? We bet it’s not eating carrots, but it may be after you read this bizarre little item. A new British study has found that eating strongly coloured vegetables like carrots may make you appear more attractive. Scientists deduced that having a slight yellow hue to the skin is perceived as more healthy and attractive, and this tone can be amplified by eating foods rich in carotenoids – like carrots. Yet another reason this crunchy veggie is good for you.

Do you use an expensive collagen cream to keep wrinkles at bay? Scientists say claims made by cosmetic companies about the power of collagen to reduce wrinkles are nonsense. In a recent survey, doctors complained that, contrary to what cosmetic companies might have you believe, collagen molecules are usually too large to penetrate the skin. This means they sit on the surface of skin until they are wiped or washed away. Said one doctor: “The simple fact is that collagen is a huge molecule and the skin is designed to keep such substances out.”

Hello, awards season! The Golden Globes took over Hollywood last night, and some pretty dazzling ladies won some very shiny statues. Taking home best actress in a comedy or musical was Annette Bening for her role in The Kids Are Alright, while Natalie Portman, who was glowing and showing, won the statue for best actress in a drama, thanks to her haunting performance in Black Swan. For all the winners, losers, and spectacular outfits, click here.