The acclaimed writer, producer, director appreciates a good egg roll and a matinee, and her dream Sunday is all about politics and brunch 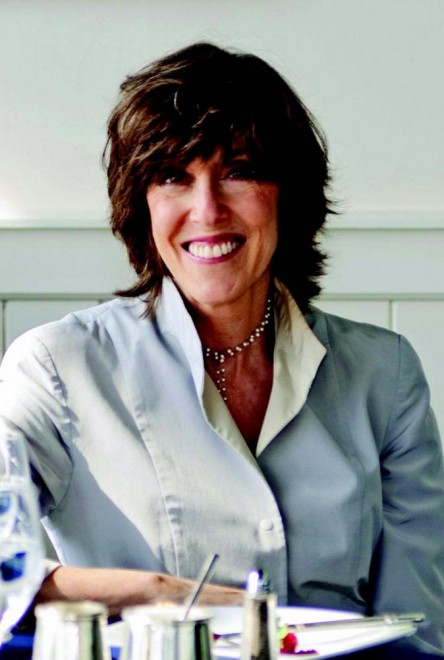 I Remember Nothing, Nora Ephron’s follow up to her smash success I Feel bad About My Neck is a rollicking, adventurous and at times hilarious collection of essays in which the 69-year-old author laments on the inevitably of the aging process. Ephron, famous for Julie and Julia, When Harry Met Sally and Sleepless in Seattle to name a few, met with Chatelaine.com and offered us a peek at her Perfect Saturday…

I think Saturday is a day that ends up bearing the brunt of a certain amount of the maintenance I wrote about in the book before this [I Feel Bad About My Neck]. It’s the endless nightmare of the hours and hours it takes you every week to stave off looking like a bag lady, and a lot of that happens on Saturdays. The manicure, and having my hair done…but, if I can work it out, the dream on Saturday is to go to a matinee; I love going to Saturday matinees. I’ve recently seen two things that I thought were fabulous. I saw Gatz. It’s the Great Gatsby – seven hours long and it was fantastic, it was thrilling. Then we went out to a Chinese restaurant, Chinatown Brasserie near the theatre that had fantastic egg rolls, egg rolls the way you remember them from childhood. So that was a fabulous day, and then I saw a play called La Bete which is just a complete gas, a really funny play.

Now if you had asked about my dream Sunday then that would have been a whole other thing. The dream Sunday is that we [husband screenwriter Nicholas Pileggi] stay in bed watching all those morning political shows: Meet the Press, and Christiane Amanpour and Bob Schieffer. And then I make breakfast and it’s a fairly serious breakfast on Sunday morning. It’s really great bacon which we get from a place called Flying Pigs Farm and we either have eggs or waffles or sometimes, instead of bacon, I make some sort of hash out of leftover whatever we have. And then the trick is not to do anything. Just stay home and read; right now I am between books. I just finished Cleopatra, by Stacy Schiff…but then I usually end up working. I work most days, I do… at some point I’ll sit down in front of the computer and try to work. 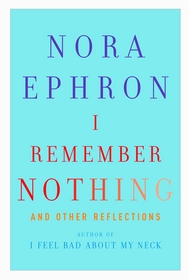 You know, one of the things that is absolutely clear when you’re my age is that you’re surrounded by friends who get sick.[Friends] who are sick, how they were misdiagnosed by their doctor, what the odds are on their survival, what treatments they’re having, um, this is the world in which you live at a certain point. It is not a world called: ‘Oh our golden years are so fabulous and we’re going to change the world,’ the truth is that some people get very lucky and have, sort of, illness free older years, and some people are unlucky, but nobody lives forever… so that’s what we all know is that we are on borrowed time so, to me, you have to look around you and realize: What am I going to do given that realizing the expression that ‘life is too short’ is really really true? Are you doing what you want to be doing? Are you doing the things today that you want to do? Are you eating the things that you want to be eating right now? The answer in this case, in terms of the food, is absolutely not [gestures to hotel breakfast], so here’s a wasted breakfast when I’ve only got x-thousand, or x-hundred breakfasts left. Yes, I’ve had a very disappointing breakfast but that’s not the end of the world because I’m going to make up for it on Sunday morning.