Nicole Appleton interview: Q&A with the Cover Me Canada host

You might know her as one quarter of ’90s girl band All Saints or as the better half of Oasis front man Liam Gallagher, but Nicole Appleton is totally homegrown 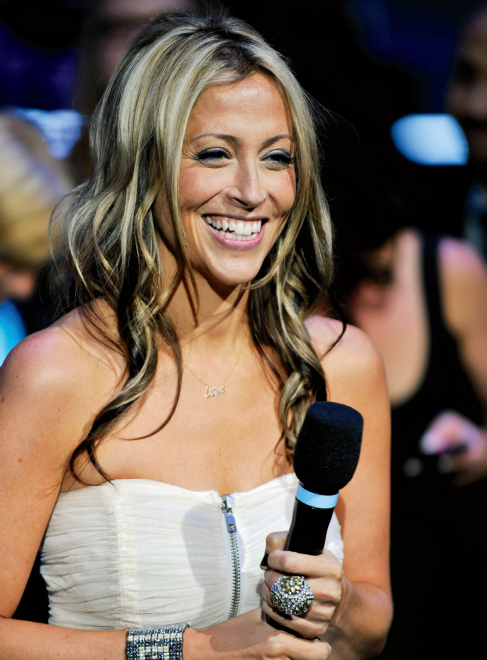 Q: How does it feel to be in Canada again?
A: I love it. I was here with my family last year, actually. It wasn’t planned. We were at Disney World and we were stranded by the volcanic ash cloud in Iceland; the only way to get 11 of us home was to take a cruise. We left from New York and went back to the U.K. via Boston, St. John’s and Halifax! It was amazing and hilarious: We hadn’t realized that the dress code on the boat was formal and when we boarded we were still clad in Mickey Mouse gear.

Q: How did you go from pop star to TV host?
A: I always loved programmes like Top of the Pops [an old-school British live-music show] . I’d watch them and think, I’d love to have that job. Then my bandmate Mel [Blatt] and I were asked if we wanted to do a show called The Hot Desk in London, interviewing bands. It went really well and from there we were invited to do backstage at the Brit Awards .

Q: What do you love most about Cover Me Canada?
A: I think it’s very important that the show is making a stand for our homegrown acts. When you say someone like Shania Twain is from Canada, some people say, “Really?” There are a lot of big acts that are so well known and people don’t realize they’re Canadian. I want to show us off!

Q: Why cover songs?
A: It might sound easy but you have to make them your own, and that’s challenging. When Amy Winehouse sang “Valerie” by the Zutons, it absolutely outshone their version. That’s going to be the challenge on the show: The contestants are going to have to blow the socks off the original.

Q: So what do you sing when you’re on a road trip with the windows up?
A: If I told you, Liam would kill me. We sing the stuff everybody sings. He’ll sing a song, I’ll sing along to it. And if he’s writing something I’ll always find myself trying to fit a harmony with it. My guilty pleasures are ’80s songs and Donna Summer.

Q: Do you think your son will follow you into music?
A: Gene’s now 10 and plays the guitar and drums amazingly. We’ve never pushed him but music is a part of our lifestyle. Sometimes it drives me crazy because it’s so noisy in my house. Between Liam and Gene, I just think, God, I need a minute’s peace. They’re both very, very hyper!

Working for the Weekend – Loverboy