New study: morning-after pill may be okay for use in non-emergencies

Today in the news: new study says morning-after pill may be okay for regular use; American Apparel’s Dov Charney named in sexual assault suit; Mark Bittman’s case for sustainable agriculture; the obstacles to international love; and Kate Moss smokes on the runway. 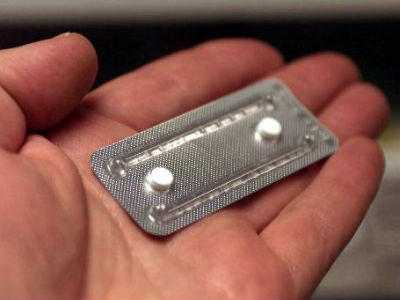 The morning-after pill has long been touted as a last ditch method of birth control, for use only in emergencies when other contraceptive methods have failed. Now, a new report from the Journal of Obstetrics and Gynecology is claiming that the pill may be as safe and effective as other methods, like condoms or spermicides. Women in the data studied who used the morning after pill around the time they had sex had an estimated 5 percent chance of pregnancy over the course of the year, while those using condoms had a 16 percent chance.

It’s hard to know what to think about the clothing company American Apparel and its infamous owner, Dov Charney. While his staunchly sweatshop-free workplace policies are commendable, his near-pornographic ad campaigns and rumoured sexual escapades with young employees are less laudable. Now, a new lawsuit threatens to tip the scales against everyone’s favourite leotard manufacturer. One of Charney’s former employees says he forced her to have sex with him when she was only 18 years old, and is suing him for $260 million. Click here for more.

Prolific New York Times food columnist Mark Bittman has written a thought-provoking piece about the feasibility of sustainable agriculture. Bittman describes why our current model of large-scale industrial agriculture is responsible for both international hunger and rampant obesity. He also explains why it’s no longer just “hippies” who believe more sustainable methods may be the answer – academics, politicians and researchers are now banding together to support the idea that current problems in global food production can be solved with thoughtful changes to the methods used to grow and harvest food.

As our world becomes exponentially more globalized with each passing year, falling in love with someone from a country other than your own is becoming more and more common. An article in this week’s edition of Maclean’s highlights the many challenges facing couples born in different countries, including immigration policies, difficult foreign labour markets, and the pain of separation. Read on to hear the story of one couple that made it work.

You’d think with all the outrageousness that is the world of haute couture, it would take more than a cigarette to cause a ruckus at Paris fashion week. Kate Moss proved this theory wrong when she lit up a smoke on the Louis Vuitton runway, igniting a media debate about whether her actions were appropriate, considering smoking in public places has been banned in France since 2007. Whatever the public thinks, those in attendance at the event loved it: they cheered as the Moss dramatically blew smoke into the air.