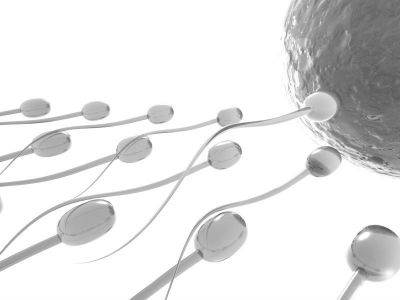 While we’ve been worrying about our own baby-making abilities, it turns out that men are also facing increased fertility issues. An article on Daily Beast highlights several recent studies that show sperm counts have been dropping steadily in the developed world for the past 50 years. Apparently one in five men aged 18 to 25 is now considered “subfertile.” Some studies have found that a man’s lifestyle may impact the quality and quantity of his sperm, while others found fault with environmental chemicals like BPA.

It’s a new year, and you’re likely fantasizing about  – if not actually planning – at least one trip in the coming 12 months. Travel is one of those luxuries many of us wish we could afford more often. Thankfully, the New York Times has come out with a handy guide to help would-be globetrotters hit the road for less: get reading and get travelling.

You may have already heard the heartbreaking story of the homeless man with the golden voice, but now that story has a fairytale ending. Ted Williams was panhandling near the Interstate 71 in Columbus, Ohio, when a newspaper reporter took notice of his incredible voice. The reporter posted Williams and his made-for-radio vocals on YouTube, and the video quickly racked up more than 4.5 million views. Since then, the NBA’s Cleveland Cavaliers have contacted Williams and offered him an announcer job and a house. Hear his amazing voice and read his incredible story here.

The British Costa Book Awards honours literature that details the struggles of girls and women the world over, and this year’s honourees are a bumper crop. British author Maggie O’Farrell won the novel award for The Hand That First Held Mine, while London-based author Kishwar Desai’s Witness the Night took home the best first novel prize. Poet Jo Shapcott was also honoured, for her poetry collection, Of Mutability.

And the freaky unexplained animal deaths continue. It started on New Year’s Eve, when some 5000 birds dropped dead from the sky in Arkansas, and continued early this week when around 200,000 fish washed up dead in the Arkansas River. Now, two million fish have reportedly died in Chesapeake Bay, apparently due to cold weather, and there have been reports of mass fish deaths in Brazil and New Zealand. Let’s hope this is the biggest, weirdest coincidence to hit planet earth in a long while, and not a terrifying sign that the planet is losing its delicate balance.