I accidentally ended up on Weight Watchers, and now I'm obsessed 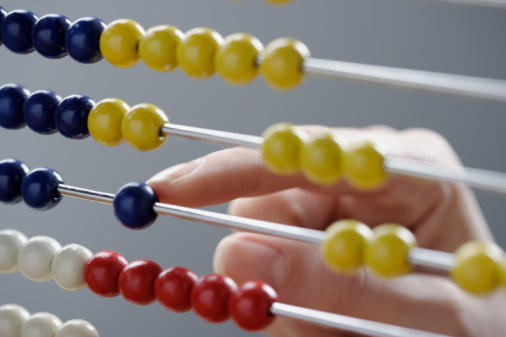 I’m not quite sure how I end up in certain situations. I have found myself on Weight Watchers, obsessing about points, and talking about food non-stop. The most ridiculous thing about this is that I don’t need to lose any weight and had never planned on being on a “diet.” It just kind of happened!

Well, what happened was that my best friend, who has four children at home, needed a quiet place to study for an exam. She spent five days, eight hours a day, at my place studying across from me while I worked. Let’s just say that I didn’t get much work done and she didn’t get much studying done.

That’s because she’s on the Weight Watchers diet. Thanks to modern technology, she downloaded the Weight Watchers application on her iPod, and we just had to see how many “points” were in every food that came to mind. We spent hours procrastinating, typing in foods like pizza (four points), pizza with pepperoni (six points), and on and on.

We (and by we, I really mean my friend) were allowed “29 points” a day. The great thing about having my friend study at my place is that she brought food to eat all day, because she’s sticking to this Weight Watchers diet. That meant that I somehow inadvertently ended up on the diet too.

Oatmeal for breakfast, amazing tuna-salad sandwiches with sprouts for lunch, and Vietnamese take-out for dinner: I’ve never eaten so well, or so much, in my life, considering I was on a “diet” that I didn’t need to be on.

The problem is that my friend is no longer studying at my place, and I’m not on Weight Watchers.  I don’t have that application and it’s very addictive. I find myself calling my friend at night saying, “Potato chips?” to which she responds, “Not worth it. Six points for one ounce, which is nothing!” Or, “Lindor chocolate ball?” Only two points — yay!

Now I’m phoning her at least twice a day now to ask her about foods and how many points they have. I’m really just procrastinating, but I am learning a lot about good foods and bad. I had more energy when I was on the Weight Watchers diet, eating Weight Watchers-approved food, and not going over my points for the day. (Which really weren’t my points, since I was never technically on the diet.)

Thanks to my friend, I’m now addicted.

Here are tips from my friend about how she’s staying on Weight Watchers, and how not to become obsessed. (Or rather, how to accept that you’re obsessed!)

1. Get inspired: My friend started the diet after seeing a mother at her children’s school who looked amazing. “She had lost 30 pounds on Weight Watchers. And then a close friend went on it and lost nine pounds.” She immediately went home one lunch hour and signed up on her computer. “I started right away. That minute I started.” She’s been on it for two weeks and has lost six pounds. (There’s nothing like other women who look good to make us want to look good.)

2. Partner up: She says it’s hard not to become addicted to typing in foods and figuring out what to eat in order to not go over your allotted points for the day. “My iPod goes everywhere with me,” she says, including out to dinner with girlfriends. “A couple of the girls were like, ‘Enough!’ but another girl there was on it, and we figured out what we could order off the menu.” Her suggestion is that you do this diet with a friend — that way, you don’t feel as ridiculous typing in “sesame oil” when you go out for dinner, to figure out how many points it has.

3. Embrace futility: Trying to avoid addiction is pointless, she says. At night, she makes sure her iPod is charging. “The second I’m in a place with wireless Internet, I’m tracking what I ate or am planning to eat,” she says. “It is totally addictive.” But is this a bad thing? “No. You’re changing your lifestyle.”

4. Spread the word: I’m not the only one she’s brought on board. “I’ve converted a lot of people,” she says. “Because it is fun to figure out what foods are worth and realizing how much damage some food does.” She admits she’s kind of become cult-like with it. “But you’re not the only one,” she tells me, “who calls me to ask how many points a food has.”

6. Enjoy side benefits: And, yes, she says, it is the best way to procrastinate.

Maybe it’s not that I miss being on the Weight Watchers diet but that I just miss the procrastination. After all, procrastinating when you’re changing your eating habits is a heck of a lot better than procrastination watching television.