I Left Afghanistan. These Are My Fears For The Women And Girls There Now

'There were so many, almost uncountable challenges that we, Afghan women, had to face everyday.' 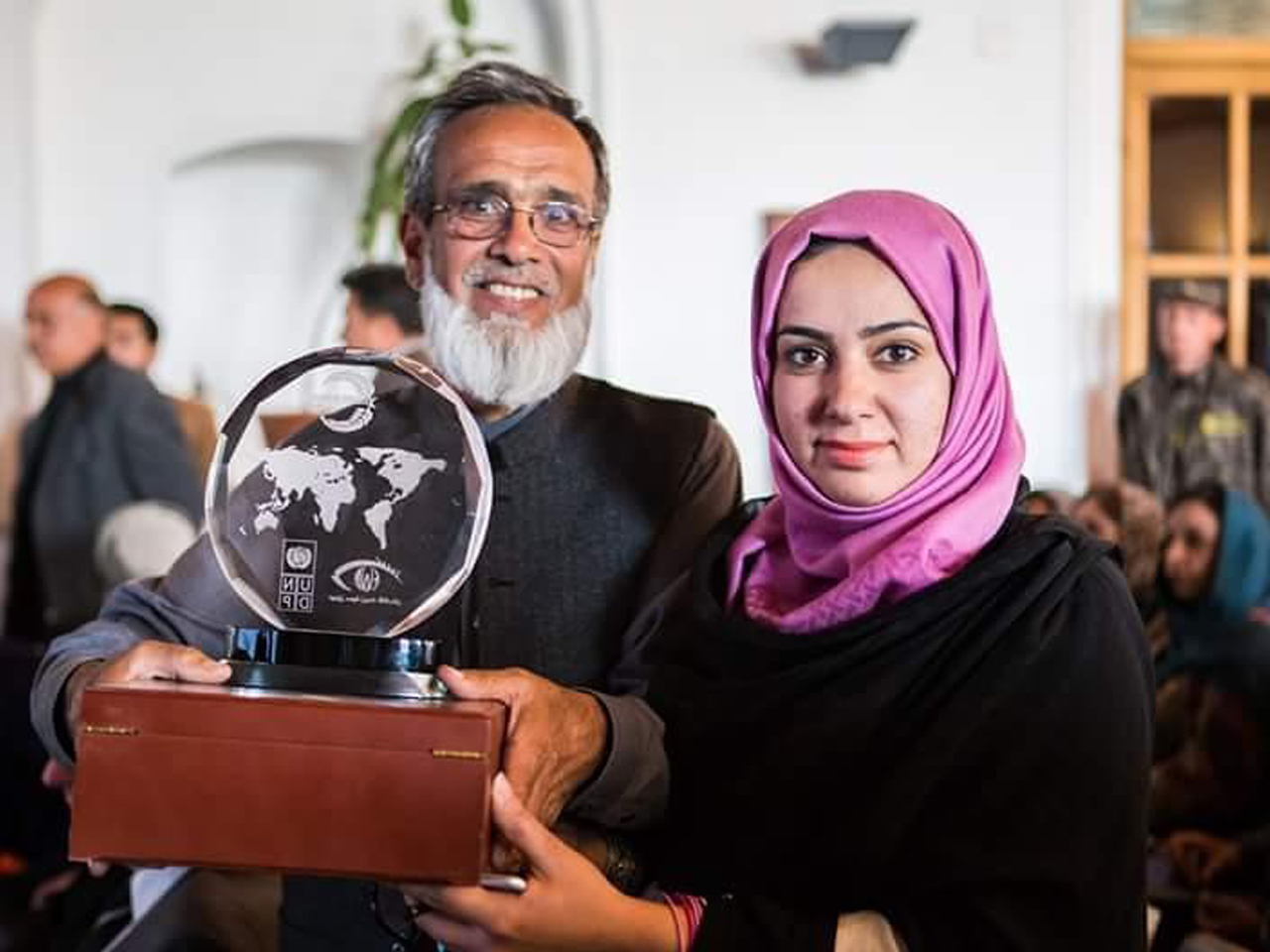 In her small two-bedroom apartment in Toronto, Farkhunda Ateel Siddiqi hasn’t stopped grieving for the family she left behind in Afghanistan three years years ago, fears that grew when the country abruptly fell under Taliban rule in mid-August. The 38-year-old mother of three has been frantically writing letters to the Canadian government requesting help to evacuate her parents and brother. Siddiqi left Afghanistan for Canada in 2019 at the height of her career. Up until her departure, she worked alongside her father building the Rural Green Environment Organization (RGEO), an award-winning environmental non-profit that restores ecosystems and improves food security in rural Afghanistan. That all changed when her abusive ex-husband suddenly died of a heart attack in 2018. As a widow, Siddiqi was shunned by her community for living and working independently. For months, she was followed and threatened by members of the Taliban who wanted her to stop working immediately. Out of desperation, she looked abroad for opportunities to flee Afghanistan. In 2018, she was accepted to Saint Xavier University in Halifax, before moving to Toronto. She now works as a chef for a non-profit. We talked to Siddiqi about her journey, and her concerns for women and girls in Afghanistan.

What was it like living as a single mom of three, a working woman and a widow in Afghanistan?

It was hard. You had to be very careful about everything, starting from your clothing to the way you communicate to where you want to go. I’ll give you a small example. Whenever I left for the office, I would come to my mom and ask, “Mom, am I wearing the right clothing?” and she then would approve. Going from home to office was a problem because if I took the buses, that would cost me less but I would face so much abuse on the way. If I hired a taxi, it would cost me a lot of money, and I couldn’t afford it because I was the only one looking after my children. I lived in Kabul as a single mom for three years, in those three years I understood that this is not where I want to live and look after my kids, I have to find a better option. There were so many, almost uncountable challenges that we, Afghan women, had to face everyday, every hour and every second. Yet all these challenges and limitations did not stop us. We are strong women who will not give up. This is resilience, adaptation you can say. Difficult, yet achievable

Since taking control, the Taliban have ordered women to stay home, supposedly temporarily. It’s a reminder of repressive policies the group enforced from 1996 to 2001. What is your biggest concern for women and girls in the country right now?

I had a very nice friend from my office, she is a photographer and she lives with her mom. Her father left them. She is a very talented girl, she has her master’s in the arts. She is also a graphic designer and she was working with the United Nations. She accomplished so much and now she’s sitting at home, and she’s looking at every single option she can to get out of Afghanistan. She’s one example.

What are you hearing from your family and friends back home?

My father had high blood pressure because he was scared. One of the people that he knew was questioned by the Taliban and they took him away. My father was scared that the same thing would happen to him. I don’t know which people [the Taliban] are especially searching for but they have their own criteria and conditions and nobody knows who they want.

My uncle’s wife lives in Baghlan, the province that fell under the rule of Taliban before Kabul. She sent me a voice message and she was crying. My relatives are not rich. They work hard for their living. So she makes [hair] clips at home with her children, and then she takes those clips to shopkeepers and sells them. And she was crying and she said she took the clips to the market to sell [them] and then the Taliban hit her with something on her legs and told her that she should stay at home, and she shouldn’t come out without a chaperone, without a man accompanying her. [My family and friends] are overwhelmed. They are in shock, they don’t know what to do. They’re in total misery, and they are unsafe in Afghanistan.

What are some of the noteworthy advancements women have made over the past few years in Afghanistan while the Taliban was not in power?

Since 2001, we have doctors, we have entrepreneurs, we have journalists, we have women activists, we have lawyers. Among my friends, we have judges. We have so many women working for international and national governmental organizations. They are all earning [an income] themselves. They are standing on their feet.

With the renewed coverage of Afghanistan, what are some of the misconceptions you’re seeing in Western media regarding women and girls in Afghanistan?

They still show women very backwards, very conservative. We have very talented women in Afghanistan who have achieved so much in their lives. Westerners use the status of women for political gains and also for international aid because they want to advertise, or for people to read their books. I have read a few books like Afghanistan In A Nutshell [and] The Underground Girls of Kabul, and many articles that I don’t remember properly but are mostly about only suppressed women. We can have more books and articles about strong women—about women who are just as equal in talent and intelligence as any Western women. To be honest, media in Afghanistan sometimes show women as radicals too. We have very open-minded women. They have access to information on the world. They are aware, they are open, they want to grow.

Aside from the human toll, are you worried about how this new period of unrest could affect the natural environment?

Afghanistan lost its forests because of war and poverty. We have extreme winters in Afghanistan and during extreme winters, people want to cut trees and keep themselves warm. People will cut the trees, people will harm the animals and education will be affected so people will care less about the environment. All of the awareness programs that we have may go to a halt, or may go backwards into something [that the Taliban] will tell people we don’t care about—[they’ll say] we just need humans to survive. There will be less funds going into the country, so people who have been working for preservation of the natural environment, maybe they will not be working anymore. With the Taliban as the government, people will not invest money in anything, including the environment. I’m very concerned about this issue. It will have long-term impacts.

How can we help Afghan women and girls in ways that serve them best and support their own efforts?

Women in Afghanistan are now deprived of education and have lost their jobs. Canada can help more women to get out of Afghanistan, because now the future of Afghan women is dark. Women empowerment agencies can sponsor them out of the country, give them scholarships to study outside and help them with jobs.