My farewell military luncheon: Goodbye to my friends, you are my family

Friday was my final day in the military so I had a farewell luncheon. It was also the day I had to say goodbye to all of my friends who have become my family. 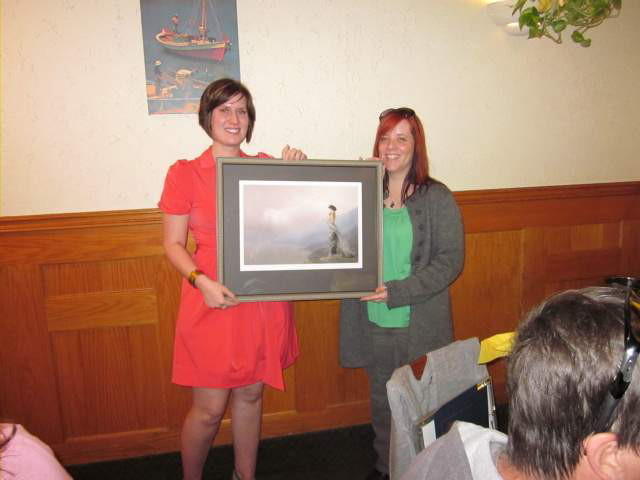 Friday was one of the hardest days I’ve ever had to face — and I’ve done a lot of difficult things in my life. I’ve pushed myself to physical limits that I didn’t know I could achieve and I’ve said goodbye to people when I thought it would be impossible. But Friday, my emotions spilled out onto the table in a way I couldn’t control, because Friday was my last day in the military. And it was also the day I said goodbye to all of my friends and family in Kingston.

In a weird way, I felt it would be poetic if I wore the dress that I had worn on my first interview at the publishing house I’m going to work for — you know, wearing it at the end of one career and the beginning of another. But the dress wasn’t quite the issue that day. I just couldn’t seem to control my tears as I knew I would miss the friends I had come to love so much — my co-workers at the Integrated Personnel Support Centre (IPSC) and every other unit I had worked on at the base. For the military, five years is a long time to be in one place and so I had become attached. I didn’t know how to move on from that life that I had become so comfortable in. Moving on my own terms, vice the military’s terms, suddenly felt very difficult.

The luncheon went well but it was hard. I walked in and looked at all of the people who had such a large impact on my career. The people who supported me and stood behind me. I was presented with certificates from my peers: friends at the IPSC hand-tooled a pen and made a pottery bowl for me. And as you can see in this picture, I was presented with a print of the Silvia Pecota image that I discussed on this blog. It is titled “Farewell”. How appropriate.

Yes, it was a sad day for me. I spent most of it crying and hugging, and discussing the lives we had led over the last few years. In my speech I said, “Moving will be hard, but I know that no matter what, I have all of you to lean on. And I don’t know if I’ve ever had that.” That’s the thing about the military. You live the same life as the soldier next to you. We have holidays together because our families are all too far away. We have dinners together that turn into whole night events. In a short period of time, they become family.

I’m not watching the movers pack up all my things into little boxes, and I wonder how my whole life could have come to this. This move. This new career. But as I look back at all the things I thought I would do and never got the chance to do, I want to say thank you to my friends at the IPSC for changing that perspective. You guys gave me a home in the military when I was worried I didn’t have one. Work was a pleasure every day of the week.

To my other friends who have become my family, there will always be a place for each of you at my dinner table.

And to the scared little girl named Kelly, who was once too shy to speak to one person, much less a crowd, you are slowly becoming the person you want to be.