This Toronto Doctor Is Pushing MS Research Into Uncharted Territory

Canada has one of the highest rates of multiple sclerosis in the world. Dr. Jiwon Oh is hoping we'll also be a leader in MS research. 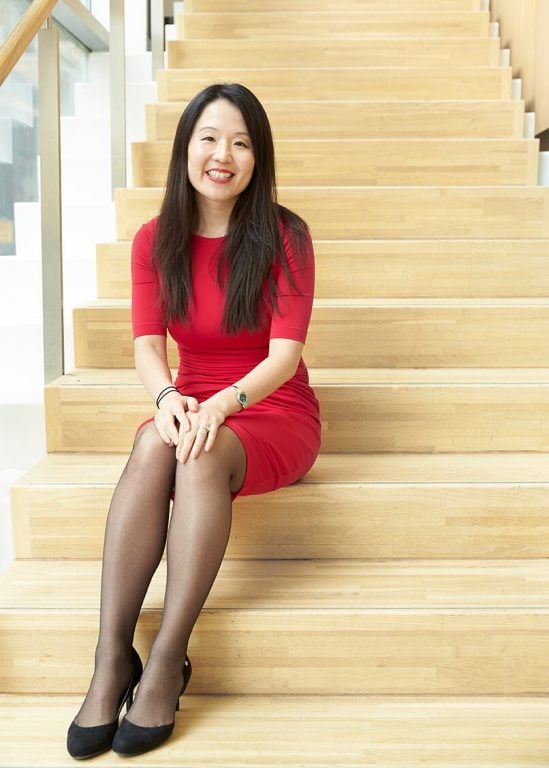 Chances are good that you know someone who has multiple sclerosis. For reasons that are unclear, Canada has one of the world’s highest rates. The disease is estimated to affect 290 in every 100,000 people here, and at least two times more women than men. (By contrast, MS affects about three in every 100,000 people in China.) The science is still foggy on the cause and the cure, but research is moving fast. There were four treatments for MS in 2008; today, there are 15. A key factor in that improvement is St. Michael’s Hospital, the largest MS clinic in Canada and a world leader in treatment. And at the forefront of this innovative research is Dr. Jiwon Oh.

As a medical student, Oh was drawn to neurology from the get-go. Compared with the heart, which she says is “really just a mechanical pump,” the brain is still a mystery. There was also a personal motivation: Her mother had a stroke at 35 that left her with a significant neurological disability. “It struck a chord,” Oh says. “I saw how a neurological disease truly changes everything.”

Today, Oh is one of the few researchers in the world using advanced imaging techniques to identify MS-like lesions on the spinal cord in people who haven’t yet shown any symptoms, which helps her understand how MS begins. She also helped start the North American Imaging in Multiple Sclerosis Cooperative, which brings together academic centres that use MRI to do MS research.

Though the number of MS treatments has grown, all are focused on relapsing-remitting MS, a form of the disease where people experience attacks but can eventually recover. Only one treatment works on primary progressive MS (PPMS), where people experience gradually worsening neurological disability. The average age of onset is 31. “MS is really profound because it’s one of the few chronic -neurological diseases that affect young people,” Oh says.

Last year, St. Mike’s announced plans for a $30-million, 25,000-square-foot clinical care centre. As the construction starts, Oh is leading a national team, supported by nearly $7 million raised by the MS Society, Brain Canada and Biogen, to better answer questions about MS progression. Hopefully, that will lead to better treatment for PPMS, which she calls “the greatest unmet need.”

“We all think we’re invincible. We don’t think about death and illness. It brings a real maturity, having to think about that,” she says. “I saw it in my mom, and I see it in a lot of my patients. I think the inner strength people have is incredible, and I think there is a way forward. That’s why from a clinical standpoint, it is very inspiring and satisfying. It’s the most rewarding part of my job.”