The Cityline host had no plans to take on daytime TV: “I never wanted to be Oprah. I wanted to be Diane Sawyer.” 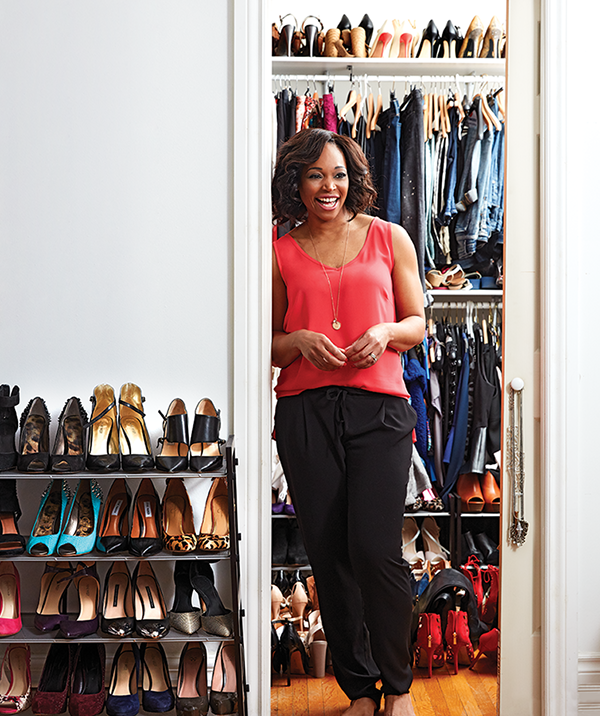 It doesn’t take an oversized imagination to predict that a baton-twirling, show-tune-belting, “definitely extroverted” young girl from Richmond Hill, Ont., would end up on lifestyle television. Still, Tracy Moore, the 41-year-old host of Cityline — the country’s longest-running women’s daytime talk show — required plenty of convincing to deviate from her planned career in the hard-nosed world of news. “I never wanted to be Oprah,” she says. “I wanted to be Diane Sawyer.”

As an undergraduate at McGill University in Montreal, Moore turned into a “hard-core activist,” fighting to save the institution’s beleaguered African Studies Program and volunteering at CKUT, the on-campus radio station. Her first journalism internship was at the now-defunct CTV Newsnet, where she struggled at first to ask seasoned reporters for advice. “You can’t be in the world of broadcast and be a shrinking violet,” she says.

As Moore opened up, so did opportunities in the newsroom. She took a job at the CBC assigning camera crews to crime scenes and crash sites, and got her break on 9/11, when she interviewed American expats at Toronto’s U.S. Consulate. She then spent three years as a reporter for City’s Breakfast Television, with designs on breaking into the American market. “I didn’t invite anyone from City to my wedding,” she laughs. “That’s how fleeting I thought it was.”

But Moore’s Amanpour-esque trajectory was interrupted when the station’s news director suggested she apply for Cityline’s hosting gig. Her husband, Lio, knew immediately it was a good fit: “He said, ‘Think about where you are in your life right now,’” she remembers. “‘We’re married, we just bought a house, we have a baby. You’re going to be asking questions that you need answers to.’” After three months of auditions, Moore was on the air, riffing with recipe, fashion and health experts in front of loyal fans.

With what little spare time she has after work and wrangling her two kids,  Sidney, 7, and Eva, 5, Moore volunteers with Ladies on the Rise, an after-school drop-in program in Toronto’s Rexdale neighbourhood, and packs supplies for homeless people. Plus, like any self-respecting lifestyle authority, Moore will launch a clothing line this month, collaborating on versatile, ready-to-wear pieces with Freda’s, the Toronto fashion institution that’s provided her with her on-air wardrobe for years.

Moore has come to appreciate the levity that lifestyle TV provides. “Just because a medium is lighthearted doesn’t mean it’s not changing lives,” she says. “There are people going through chemo right now, mothers on maternity leave going through tough months, and they’re watching Cityline because that’s their smile every day. I take a lot of pride in that.”