Space really is the final frontier for this Calgary-born, boundary-breaking rocket scientist. 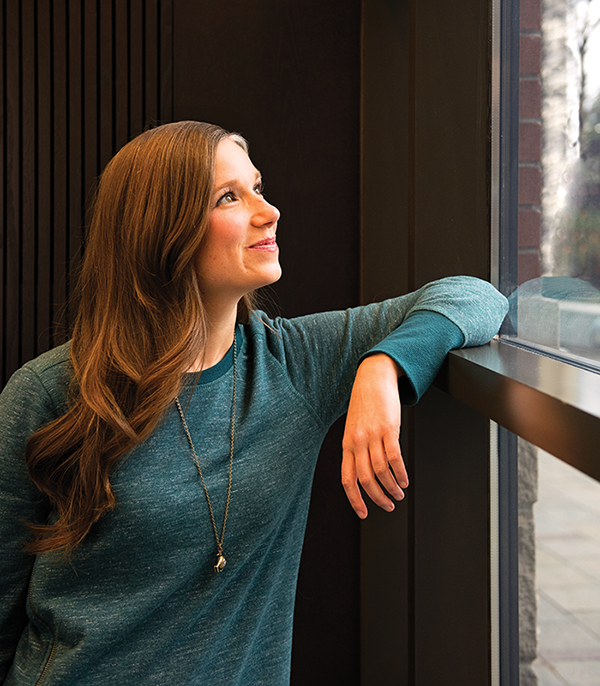 For a kid who was raised camping in the wilds of the Rockies, Natalie Panek spent an awful lot of time inside, mainlining episodes of Stargate SG-1. “Seeing space travel on TV was a weekly reminder of how cool it would be to be a crew member,” she says. Now based in Toronto, the 31-year-old Calgary native has parlayed her stargazing pastime into a career as a mission systems engineer at MDA, the firm responsible for such notable space structures as the Canadarm. She’s also providing a bridge for young women keen on tech.

Panek’s trajectory is an encouraging one, especially given the dire dropout rate for women in science, technology, engineering and mathematics (STEM). Panek says she didn’t get wise to that gender disparity until halfway through her mechanical engineering degree at the University of Calgary, where about 10 percent of her classmates were women. “We don’t want to pretend challenges don’t exist, but we should be doing more to talk about why we love working with tech instead of focusing on the challenges,” she says. “Inspire first, then provide resources to overcome those [roadblocks].”

By her own admission, Panek has always enjoyed a challenge, and has a lot of “wild ideas.” After completing her schooling, she earned her pilot’s licence and became the first woman to drive U of C’s solar-powered vehicle across North America. She also interned at NASA’s Goddard Space Flight Center and Ames Research Center in the U.S. Then, in 2012, she founded the Panek Room, an online hub that connects women in STEM to career mentorship, which sometimes comes from Panek herself. “Growing up with the dream of becoming an astronaut,” she says, “I was always trying to figure out what I needed to do, what to study, which extracurriculars to take. I realized I had these really cool experiences I could be sharing with younger women — that’s exactly what I would have wanted in high school.” She’s since delivered her own TED Talk — the true measure of a thought leader in 2016.

Panek’s current focus is centred on building the chassis and locomotion system for the European Space Agency’s Mars rover, a project green-lit for launch in 2018. She’s still waiting for her turn to breach the stratosphere: The Canadian Space Program has two active astronauts — both men — so for now, Panek is content to nerd out over other astronauts on social media. (“If they retweet me, it’s like the coolest thing ever.”) Wherever she roams, Panek regards herself as an explorer shaking up science’s status quo. “It makes me feel good to inspire young people, especially women,” she says. “As cliché as it is, I want them to realize that the sky is not the limit.”