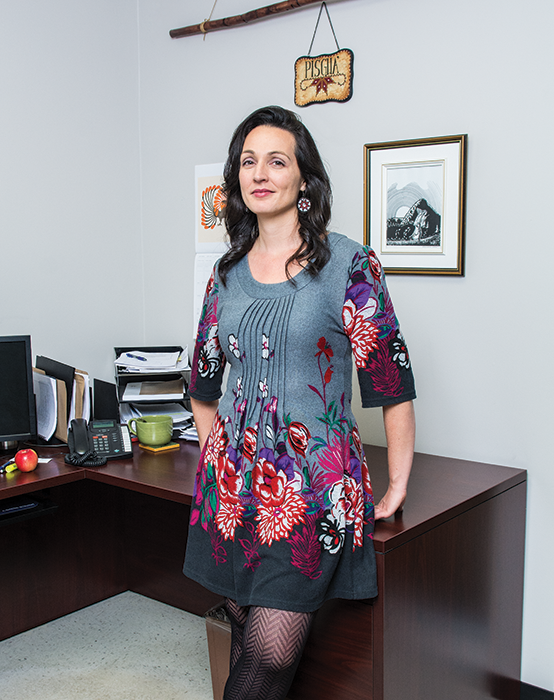 As an English and philosophy student at Dalhousie University, Naiomi Metallic spent most of her time buried in the distant worlds of Austen and Aristotle. But a history course suddenly threw the experiences of her own First Nations community into sharp relief. She began poring over books and papers by indigenous authors about the federal government’s push for assimilation. “I got all riled up about the treatment of our First Nations people,” Metallic says. A professor of hers suggested she apply to law school, a field Metallic had never considered. “I think she noticed that there was an inner advocate in me who was wanting to come out.”

Metallic grew up in Listuguj, a Mi’kmaq community of nearly 4,000 in the southwestern part of Quebec’s Gaspé Peninsula. “It’s very beautiful, right on the Restigouche River, and the Appalachians run by,” she says. She and her two sisters were sent off-reserve to an English school, where she doesn’t recall learning much about her ancestry. “There was a little bit, but not a lot, and in some places it’s still like that,” Metallic says.

Now she is in a position to educate far more students about the realities facing Canada’s indigenous people. After clerking for Justice Michel Bastarache (who was recently called on to settle sexual harassment claims against the RCMP) and spending eight years in Halifax as an associate at a law firm, Metallic returned to her alma mater this fall as a professor. She’s also taken up a brand new post: the Chancellor’s Chair in Aboriginal Law and Policy at Dalhousie. The job was created in response to the Truth and Reconciliation Commission’s calls to action, which, in part, recommend that Canadian law schools require students to take a course in Aboriginal people and the law. Metallic likes to quote the words of commission chair Murray Sinclair: “Education got us into this mess and education’s going to take us out of it.”

Metallic will be working with Dalhousie’s other faculties to incorporate indigenous curriculum, as well as teaching and mentoring students. She has speaking engagements lined up and recently presented at a conference on child welfare. Writing is a priority too — Metallic is particularly interested in the area of self-governance — but she wants to keep her work accessible through blogs and op-eds.

It doesn’t leave a ton of downtime, but on Sundays, Metallic can be found serving brunch at her husband’s new restaurant, Picnic, located across the harbour in downtown Dartmouth, N.S. “We don’t see each other a lot, so it’s nice to see him there,” she says. “And it’s nice to have a little change of pace.”