She's spent decades advocating for Canada's indigenous community — and she has no plans to slow down. 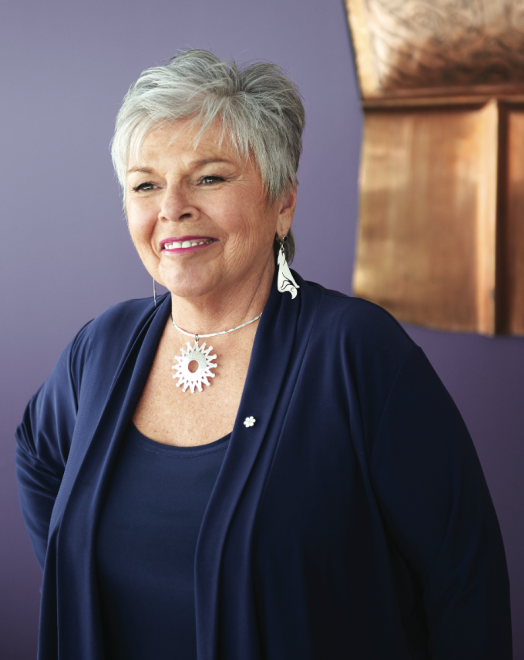 Roberta L. Jamieson has had her share of firsts: She was the first indigenous woman in Canada to graduate from law school, Ontario’s first female ombudsman and the first woman to be elected chief of her community, Six Nations of the Grand River Territory. But the 63-year-old, who is also the president and CEO of the indigenous-led education charity Indspire, doesn’t dwell on the past — she’s blazing ahead, more passionate than ever. “I’m not one of those people who see 65 and get ready to retire,” she says.

Her five decades of  dedication to advocacy, particularly on behalf of the country’s indigenous people, is the reason Jamieson was honoured with the YWCA’s Women of Distinction Award last month. Under her leadership, Indspire awarded more than $14 million in bursaries to indigenous students in 2014–2015. “Our typical recipient is a 27-year-old woman, often with kids,” she says. “We know the power women hold in changing the world.”

Raised in Six Nations of the Grand River Territory — the most populous reserve in Canada — by a Mohawk father and an Irish mother, Jamieson waited tables at the greasy spoon owned by her parents at age 12. One day, while she was serving Six Nations’ chief at the time and a government-mandated Indian agent, the inequality facing her people sunk in. “Nothing was done without [the agent’s] approval,” says Jamieson. “I found it abhorrent. It motivated me to change our circumstances.”

At 17, she headed to Montreal to study medicine at McGill University. But in 1971, when the Quebec government announced its intent to flood 11,500 square kilometres of Cree land to make way for the James Bay Project, a huge hydroelectric power development, it inspired Jamieson to pursue a law degree instead. “I thought, ‘Our people need [legal] skills if we’re going to secure our proper place in Canada.’ ”

After graduating from Western University in London, Ont., Jamieson spent a decade working in mediation between the federal and provincial governments and First Nations — a role that led to her appointment as ombudsman of Ontario. In 2001, she was voted in as Six Nations’ first female chief during a major leadership overhaul on the reserve.

Jamieson sees education as the key to change. “We need to bust the myths and stereotypes about our people that continue to abound,” she says, encouraged by the federal government’s commitment to a public inquiry into the country’s missing and murdered indigenous women. “We’ve got a chance to start a new chapter — one where we embrace our history but build the future together.”