When Erin Ireland went on a vacation to Italy, she ended up working as a farmhand and falling in love—with fresh, healthy food. 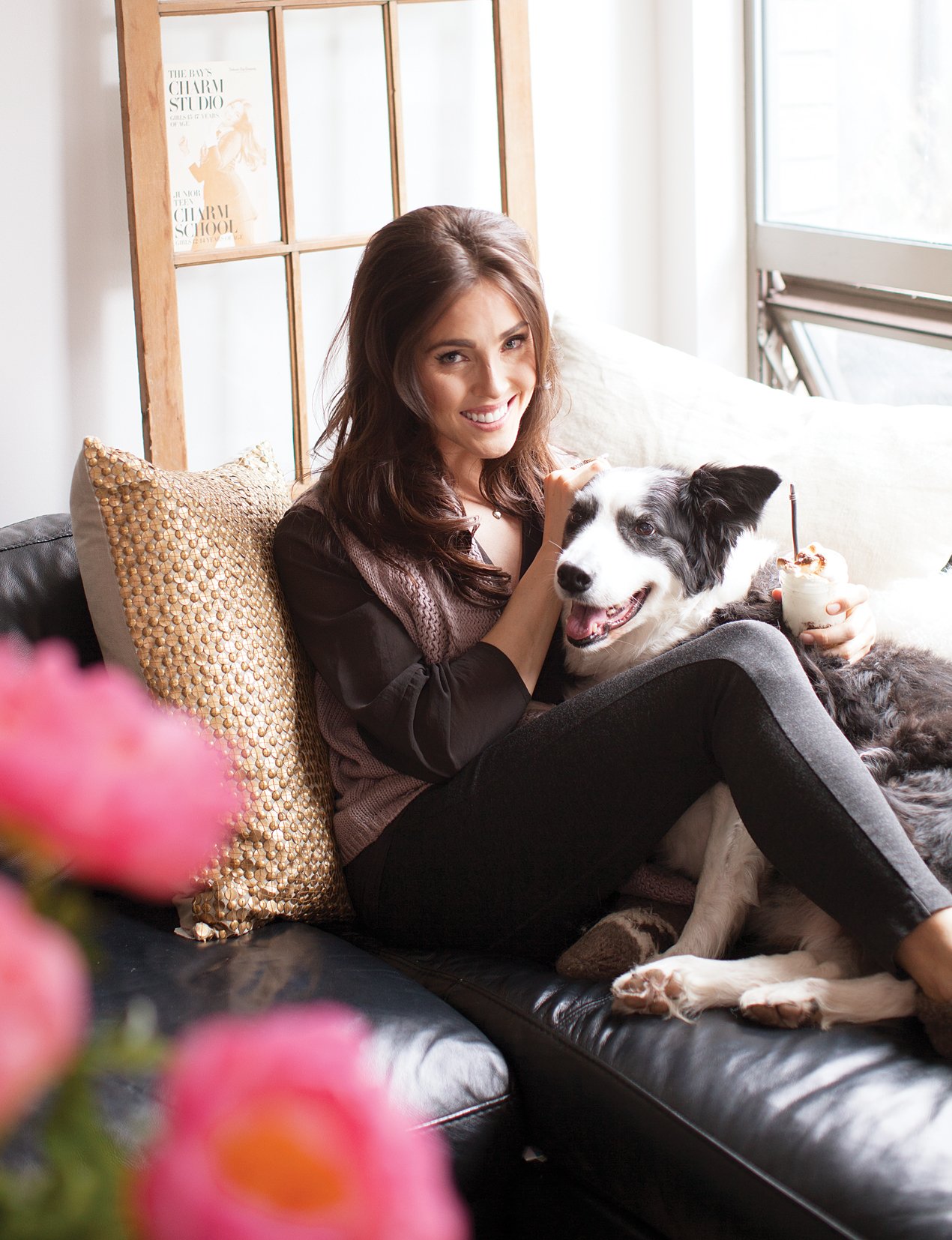 Occupation: Food reporter and owner of To Die For Fine Foods

Erin Ireland takes the phrase “You are what you eat” to a whole new level. The professed foodie and health fanatic has combined these two loves in her gourmet company To Die For Fine Foods. The product of her passions speaks for itself: When a loaf of her succulent, salty-sweet macadamia-nut and chocolate banana bread arrived at the Chatelaine office, there were crumbs and chaos everywhere. Who knew people could go so…well, bananas for a baked good? (And one that contains no butter.)

In fact, it was a similar response to her loaf a year and a half ago that brought the business to fruition. “I’d always baked banana bread for friends,” she says. These friends began to talk about the tasty loaf on social media. The Food Network’s Dana McCauley noticed the buzz on Twitter and brought it to the attention of Dragons’ Den. “A producer called me about a possible appearance, but I wasn’t even selling yet.” Erin didn’t end up on the show, but “it remains a potential opportunity,” she says.

Personal experience has made Erin highly invested in healthy eating. She worked as a CTV researcher and produced the weather and traffic, but she had aspirations to be a news anchor. The idea of being in front of the camera weighed on her, though. “I became an extreme dieter, counting calories, always thinking about what my next bite would be,” she says. Erin was feeling overwhelmed. Then one day in 2008, she had an epiphany that traffic wasn’t “turning her crank,” so she booked a trip to Europe that began to change her perspective on food and life.

While travelling she came across an online local job board, and her two-week vacay turned into a two-month job stint as a farmhand in Tuscany. “I’d always been fascinated with Italy,” she says. “I cancelled my flight home and quit my job at CTV.” Instead she spent her days picking tomatoes, caring for five golden retrievers and 40 horses, and cooking and eating with the family she lodged with. “They took me under their wing,” she says.

When Erin returned from Italy, her enthusiasm for food remained. “I was inspired by how they lived. Life is all about giving your body what it needs,” she says. “Food can bring such pleasure.”

She began hosting a show about fashion, music and art, her favourite part of which was interviewing chefs. A friend pointed out that her presence on social media reflected her true focus: “Every Tweet I wrote was about food,” she says. “At first I was embarrassed, but then I realized I had to embrace it!”

And embrace it she did: Erin appears on the Vancouver talk show The Rush; she’s penned two gastro columns and created her baked-goods company, and she writes the blog   about the hottest food destinations in her hometown of Vancouver.

It doesn’t end there: Erin’s also hoping to talk to young people about the importance of eating healthy. “I want to spread the message that a skinny body is not worth losing your hair, your period or your happiness for,” she says. Over the next few months she’ll start by speaking to kids in local schools where her mother and uncle teach. “Being healthy and happy is the most important thing,” she says. Thankfully for her, nutritious choices have become a piece of cake.

1. Papaya: “One a day keeps your skin and eyes glowing. Boost the flavour with a fresh squeeze of lemon.”

2. Cashews: “A mineral-rich, portable snack to carry in your purse at all times.”

3. Sweet potato: “This beta carotene-rich vegetable tastes like a treat, especially when sprinkled with cinnamon!”

4. Teff: “Try this grain as a breakfast cereal—it keeps you feeling fuller longer than oatmeal.”

5. Greek yogurt: “Drizzle with honey and bang two superfoods off your list at once while keeping your bones strong.”

6. Adzuki bean: “High in protein and moderate calorie-wise so you won’t feel guilty about going for seconds.”

1. Rain: “It makes for the coziest of nights. I find it incredibly comforting.”

2. Olive oil: “I use it instead of butter in all my baking.”

4. The seawall: “It’s my favourite ‘gym,’ where I work out three to five times a week.”

I define downtime as…no computer, no iPhone, no makeup. And most likely a bathrobe, along with a fresh-baked muffin and coffee.

I wake up in the middle of the night thinking about…banana bread. I occasionally have nightmares of order mix-ups.

My favourite moment of the day is…pillow talk with my partner, Darren, before we fall asleep every night.

The biggest mistake I ever made was…ignoring my gut. It’s right 99 percent of the time.

My guiltiest pleasure is…oatmeal made with brown sugar and cream instead of milk.

My favourite quote is…“One must be serious about something if one wants to have any amusement in life.” –Oscar Wilde, The Importance of Being Earnest