Meet the Canadian who discovered a massive ice sheet on Mars 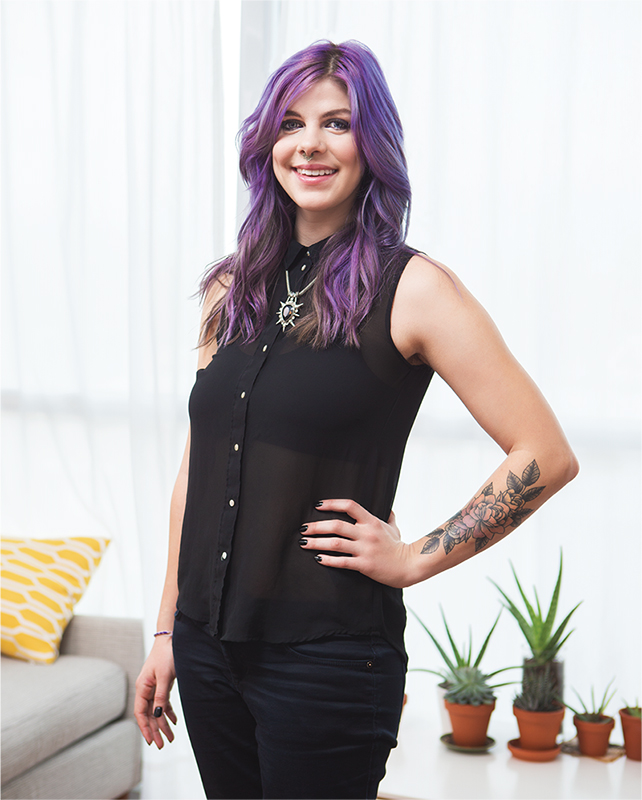 Ever since space explorers checked the moon off their to-do lists, they’ve been fixated on the next big thing: Mars. As Earth’s neighbouring planet with a history of warmer temps, it’s often regarded as a potential home for humans after the environmental apocalypse. But even if we made the eight-month voyage, survived space radiation and adapted to the planet’s thin atmosphere, we’d need a local water source before we could set up, Matt Damon–style.

Cassie Stuurman, a Toronto-area student taking geophysics, discovered exactly that. In 2013, a professor at Western University asked her to scroll through hundreds of NASA radar soundings and images of a Martian lava plain called Utopia Planitia. A glacier expert, he suspected there might be ice there but had no idea how to prove it.

After months of trying to confirm the hypothesis and getting nowhere, Stuurman went to work with a specialized group at the University of Texas Institute for Geophysics. There, she finally identified an ice sheet bigger than Lake Superior (about 375,000 square kilometres). Ice, which can be melted for drinking or split into oxygen and hydrogen for rocket fuel, has been found on Mars before but never in this volume at this relatively temperate latitude, which means Utopia Planitia could provide a landing site for future astronauts.

“When I could see there was something in the data, I couldn’t stop looking at it,” she says. “I felt the thrill of discovery for the first time. It was a high; it was euphoric — I was looking at something on Mars no one has seen before,” she says. Her finding, which was published in Geophysical Research Letters in late November, made international headlines.

Stuurman never envisioned herself working in space. She spent her childhood in Ontario, collecting minerals and going to an amethyst mine, and by age 10 she had already decided she would become a geologist. “I’ve always liked chasing shiny things. That brought me to this field of study — that, and I just wanted to travel and have fun. I don’t believe in putting things off and waiting until later to chase my dreams.”

For now, though, she’s back at work in Texas with a fellow Toronto planetary scientist, trying to figure out how the ice developed on Mars. They will present their findings at the Lunar and Planetary Science Conference near Houston, Texas this month.

With her career poised for a meteoric rise, Stuurman has her eye on NASA or the European Space Agency, and in 20 years she’d like to be working at the Canadian Space Agency, helping manage science missions for a future Canadian Mars colony.