This lawyer turned fiction writer and activist is untangling East-West relations one crime novel at a time. 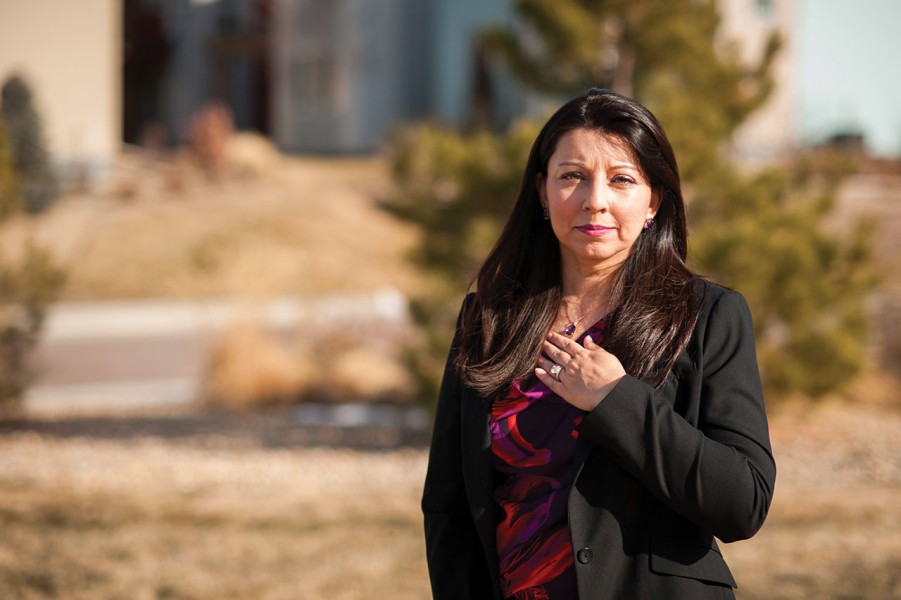 In troubled times, art flourishes — whether as a necessary outlet or simply as a way to beat back the existential ennui. Given the undercurrent of xenophobia in today’s political climate, some may think it’s frivolous to pour sweat into a crime novel. Ausma Khan disagrees.

Born in Leicester, England, to Pakistani parents, Khan had a childhood shaped in part by the swirling racial tensions in the England of the early ’70s. Concerned about the well-being of his four Muslim children, Khan’s father moved the family to the Canadian prairies, and later Toronto, in the name of opportunity. A bookish kid, Khan immersed herself in the sci-fi series Dune and dreamed of writing her own novel. “It was so appealing to me because the novel relies heavily on Islamic mythology,” says Khan. “Its history and symbols were presented in a very life-affirming and magical and powerful way that I hadn’t seen before.” But, she says, her “traditional” South Asian family values took precedence over her clandestine dream: She pursued a PhD in international human rights law and went on to practise law and teach it at both Northwestern and York Universities. She also served as the editor-in-chief of Muslim Girl, a magazine geared toward a young, female audience that Khan says “represented the real Canadian Islam.” But when the magazine closed in 2008, Khan finally sat down to write a trilogy of crime novels.

The Unquiet Dead (published in 2015, when Khan was 46), The Language of Secrets and her latest, out this month, Among the Ruins, follow Inspector Esa Khattak, a Toronto-based Muslim cop who handles “minority-sensitive” cases in the city’s community policing division. For all of its fictional plot points, Khan’s series tackles very real issues: Islamophobia, war crimes and the fraught relationship between law enforcement and the Muslim community.

Khan says Ruins, which situates Khattak overseas in Iran, is a “good parallel to what’s happening in the United States,” where she lives with her husband, a professor. “People are building walls and retreating into insular identities,” she says. “I’m putting Esa in a setting where he has to learn somebody else’s way of doing things.” Marrying advocacy, law, education and art comes naturally to Khan. “I’ve always tried to represent marginalized voices,” she says. “If I can craft something with a message of hope and belonging and common humanity, the work I do is activism. For me, there is no distinction.”