I Moved From Toronto To Dartmouth Mid-Pandemic, And Couldn’t Be Happier

I had always thought that moving east was a far-off fantasy, until life forced my hand. 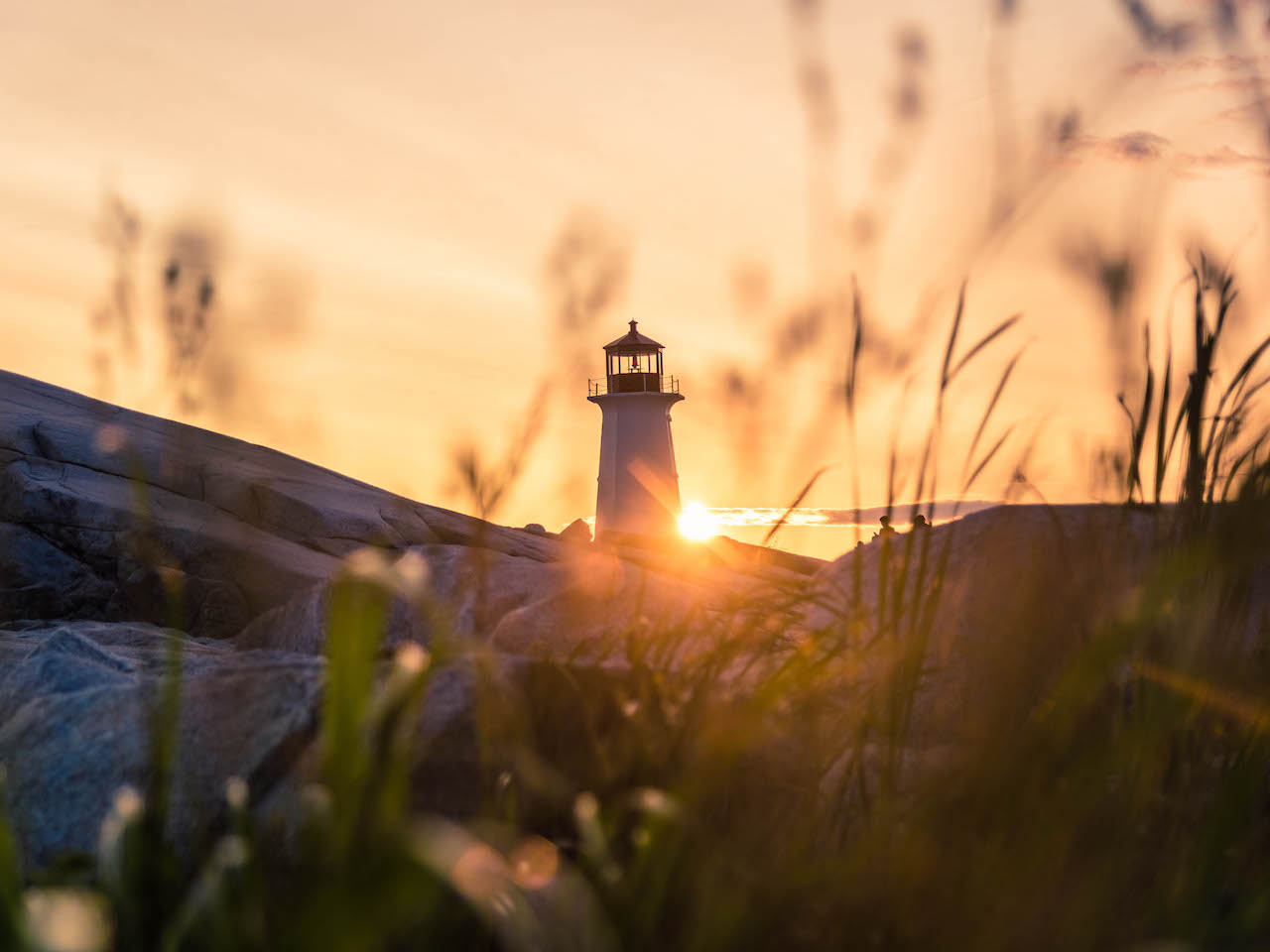 It’s almost six p.m. in late September and I’m chasing the sunset. A last-minute decision to visit my favourite local beach, about a 20-minute drive away from my Dartmouth rental, resulted in a race against the darkening, ink-stained sky. I park by the salt marshes and hustle down the boardwalk to the crest of the dune—just in time to catch the tangerine sun tuck itself into the horizon. Standing in the sand and gulping back the briny salt air, I feel pure happiness oozing into my limbs and easing the knots of the past few months. “This is why I’m here,” I say out loud.

My love story with Nova Scotia started 10 years ago, when I came to visit a friend who’d relocated. In 2013, I found a reason to come back, enrolling in a low-residency graduate program. That meant I got to live in Halifax for two glorious weeks two summers in a row, taking classes by day and walking to the harbourfront for beer and lobster rolls by night. Admiring the Pantone-perfect shingled houses and hearing the blare of foghorns, I imagined what life would be like as a local.

By the second summer of my residency, I started to miss Nova Scotia while I was still there, knowing my departure was imminent. Heading home from the Toronto airport in the back of a cab, I looked around at the gridlock and felt lovesick for the province I’d just left. Here, there were too many people, too many noises, and too many decisions. The buzz I once got from city life had become a constant, headache-inducing hum. I couldn’t remember the last time I’d been to the waterfront.

“Consider yourselves warned: I’m moving to Nova Scotia someday,” I told friends and family. Surfing real estate sites became part of my morning coffee routine before I dove into my work as a freelance writer and editor. The relative affordability and aforementioned shingled houses beckoned. Still, it was a far-away fantasy I wasn’t ready to make real; that would require leaving my comfort-zoned life—not to mention friends, family, professional network, and my beloved 1890-built house—behind.

Then, two things I didn’t want to happen triggered the thing I did.

Drip… drip… drip… There was water all over my bathroom floor. The source of the aggressive leak was a recessed light in the ceiling, something that struck me as extremely bad. It turned out my roof needed repairs to the tune of $8,000 or $20,000, depending which roofer you asked. Either way, I didn’t have the money to get it done. As a single woman homeowner in Toronto, I was already over-leveraged with maxed-out credit keeping me afloat—barely. Now, a few drops and I was drowning. It was February 2020. I cancelled a planned trip to Colombia with friends and within days of that decision, every news headline warned a global pandemic was coming. Sitting on the couch in the dark one night, my head full of stress and spreadsheets, it hit me. It was now or never: I was moving to Nova Scotia.

Relocating to a coastal province made sense; I’d always been at home in water. My childhood home was perched on the banks of Lake Huron near Sarnia, Ont. Summer days were a haze of catching minnows and performing a tireless series of bent-leg handstands and graceless somersaults in the lake’s still water, shouts of “Watch me, watch me!” echoing all the way down the shoreline.

One of my favourite things to do, when I was old enough, was to follow the sunset’s shimmering path on the water, swimming out as far as my arms and legs would take me. Surrounded by soft molten waves, I’d tread water and look back at our house, and at my mom and dad, sitting on a bench and chatting with passers-by, but never losing sight of their only child. After a while, when she couldn’t bear to let me stay out in the deep a second longer, Mom always stood up and waved me back in.

The decision to leave my house was more painful than leaving a couple of past jobs and at least one relationship. I’d renovated the kitchen and bathroom, added built-ins to the living room and office, installed California Closets and wrapped my bedroom in delicate French wallpaper. My mother was the first person to stay in the guest room, and it was the last place she visited me before passing away suddenly six months later.

With no surviving parents left—my father died when I was 24—this house had become my family. And it was time to leave.

The “For Sale” sign went up last March as Ontario locked down for the first time. COVID was new and viewings were sparse; even so, the hand sanitizer and gloves my real estate agent left on the front hall table kept disappearing. I moved out for a week and took all 37 rolls of hoarded toilet paper with me, bringing them inside my friend’s house because I was too paranoid to leave them in the car. My house sold quickly, and though the profit put me in a solid financial position for the future, it felt more like a relief than a triumph. The next months were a blur of packing and purging as the pandemic raged, turning basic errands into existential crises. I found a two-bedroom condo in a Dartmouth neighbourhood near my friend Kim’s house, and signed a lease based on a video tour. On closing day in mid-July, I packed up my car and cat and drove away, tears sliding down my cheeks.

The first thing I did when my two-week quarantine ended was go swimming. Kim picked me up and we headed down the highway with Nova Scotia’s scenic south shore as the destination. Seeing a small lake at the side of the highway, I exclaimed, child-like, “Wow, I can’t believe I get to live here!”

“Uh, Beth, that’s a bog,” Kim’s sister Tina replied, laughing. “That’s not even the nice part of the province.” Once we got to the beach, I floated on my back in the buoyant salt water under a blindingly blue sky and smiled. She was right.

It’s been a year now, and I have no regrets. Mundane tasks and worries that used to soak up space in my brain, from finding parking to an overbooked schedule, have given way to daydreams and creativity. I feel grounded and calm. I miss friends and family, but lockdowns have kept FOMO at a minimum. Maybe a pandemic is the perfect time to move? It forces you to act, allows you to slip away without the prolonged, painful goodbyes, and foreshadows the triumphant hellos of someday reunions. My Toronto house is still with me in spirit, and helping to fund the renovations on my recently purchased Dartmouth home. It took a leaky roof and a global pandemic, but I’m exactly where I want to be—and as our province opens back up to visitors, I can’t wait to show people why.