Most Canadians don't plan on retiring

The majority of Canadians don't plan on retiring; Snooki writes a book; a Canadian girl discovers a supernova; disturbing statistics on women with HIV/AIDS in Brazil; and some funky grandmas to get you through hump-day 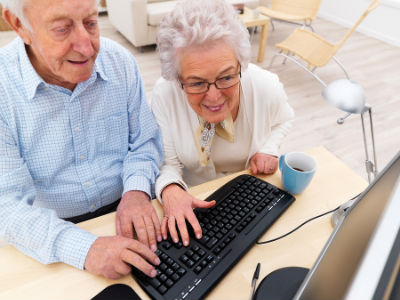 What are your retirement plans? If you’re like more than two thirds of Canadians, you’re not even entertaining the option. A new survey conducted by Harris/Decima on behalf of Scotiabank found that almost 70 percent of Canadians plan to work after retirement. While 72 percent said they’d work to stay mentally active and 57 percent to stay socially active, 38 percent said they’d do it out of financial necessity. The most alarming statistic: five percent of those surveyed said they were counting on a lottery win to take them through their golden years.

It was only a matter of time before a Jersey Shore cast member decided to write a novel. Well folks, that time is now, that cast member is Snooki, and that book is A Shore Thing. The novel hits shelves this week and contains some serious literary wizardry. A choice sampling can be found here, but here’s a little taster to whet your appetite: “”He had an okay body. Not fat at all. And naturally toned abs. She could pour a shot of tequila down his belly and slurp it out of his navel without getting splashed in the face.” And that’s a tame one.

A 10-year-old Canadian girl has become the youngest person ever to discover a supernova. Kathryn Aurora Gray of Fredricton, New Brunswick made the discovery on Monday while examining images of the night sky. A supernova is a massive explosion that signifies the death of a distant star much bigger than our own sun. Gray was assisted by astronomers David Lane and Paul Gray, her father. The Grays found the stellar event by using computer software that identifies changes in the night sky.

A new study has found that nearly every woman living with HIV/AIDS in Brazil has been the victim of violence. The disturbing report comes from the non-governmental organization Gestos, and found that 97.5 percent of women living with HIV/AIDS in Brazil reported suffering some type of violence in their lives. It’s a staggering statistic that speaks volumes about the connecting between violence and HIV/AIDS in the female population of Latin America.

Everyone’s grandma is different, each with her own talents, foibles and negligible crafting skills. But not everyone’s grandma has spiked pink hair and wears a black leather studded choker. Here, for a little hump-day fun, is a photo gallery of the best alternative grandmas the internet has to offer. Enjoy!