Seventeen years after the scandal that made her a household name (and punchline), the "Patient Zero of online shaming" shares what she's learned. 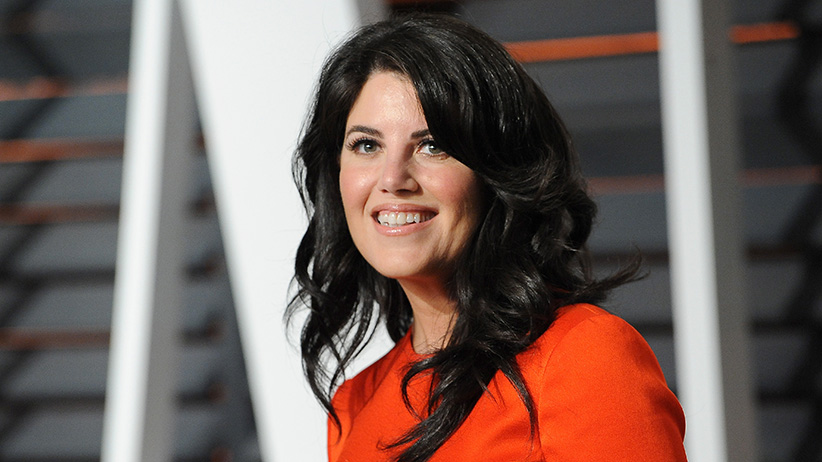 Monica Lewinsky is back. The woman who gained global notoriety—and censure—17 years ago at age 22 as the White House intern who had sex with President Bill Clinton is now 41. Lewinsky has become an eloquent, if surprising, advocate, speaking up against online humiliation and harassment. At a Forbes 30 Under 30 Summit last October she declared her mission “to end cyberbullying.” Last week, she was the subject of a long New York Times profile and received a standing ovation for a TED talk in Vancouver.

Olivia Pope, the Washington fixer on the TV show Scandal, couldn’t have done a better job choreographing Lewinsky’s return to the spotlight. That began with a photo spread and essay in the May 2014 issue of Vanity Fair in which she expressed desire “to burn the beret and bury the blue dress.” For anyone under the age of 30, this is a reference to two artifacts: the hat she wore while filmed hugging Clinton in an Associated Press video after his 1996 re-election, and the semen-stained Gap item that later provided forensic proof of a sexual affair initially denied by Clinton.

In Vanity Fair, Lewinsky wrote, unsurprisingly, that she regretted the consensual relationship and vowed “to have a different ending to my story.” “I’ve decided, finally, to stick my head above the parapet so that I can take back my narrative and give a purpose to my past,” she wrote. “What this will cost me, I will soon find out.”

In Lewinsky’s new incarnation, she’s “Patient Zero of online shaming,” as she put it during her TED Talk. That Lewinsky wants to reframe her story by tapping into the velocity and hashtag support of a social media that didn’t exist in 1998 is both logical and strategic. Cyberbullying is top-of mind, with Jon Ronson’s much-discussed new book on digital shaming, as well as a flurry of initiatives. But the fact Lewinsky needs to wrest control of “her narrative” indicates her (and our) problem isn’t technological, it’s cultural: Lewinsky is a casualty of the same double standard that links Lily Bart, the heroine of Edith Wharton’s 1905 novel House of Mirth, destroyed by her high-society tribe after one serious mistake, and Rehtaeh Parsons, the 17-year-old Nova Scotian high school student who died after a suicide attempt in April 2013 after being mercilessly slut-shamed online. Without the 19th-century social construct of shame still governing female sexuality, cyberbullying wouldn’t exert the power it does.

Related:
The shame game: humiliation in the digital age

To put it in the Puritan construct of American politics: while Bill Clinton committed adultery, Lewinsky was bloodied by a scarlet S for “slut.” One 1998 New York Times op-ed added a new twist, arguing that Lewinsky wasn’t shy about leveraging the relationship for her own career advancement; it actually lumped Lewinksy in with Lily Bart and Thackery’s Vanity Fair heroine Becky Sharp as a woman who used “a time-honored female tradition to use sexual power as a way to try to improve one’s position in the world.” The tale of the intern and the president was merely the 20th-century version of the lord of the manor being found dallying with the downstairs maid: instead of ending up on the street, Lewinsky was interviewed by Barbara Walters. (Poverty came later.) Of course, the stakes are highest for women who have affairs with U.S. presidents, the ultimate American male-female power dynamic; they’re inevitably painted as unstable, paranoid, or mentally ill, as seen in the fate of Judith Exner, the first woman to say she’d had an affair with John F. Kennedy. Fifty years later Hillary Clinton would belittle Lewinsky as a “narcissistic loony toon.”

For almost two decades, Lewinsky’s life has been defined by the sexual dalliance in a way Clinton’s never was. For a time, she was propelled by the fumes of her dubious status as a pop-culture punchline—grist for late-night talk-show insults and disparaging references in more than 40 rap songs. She took the Warholian route: she founded a handbag line, co-operated with a tell-all book, made numerous questionable TV appearances and signed up as a Jenny Craig spokesperson until the diet giant announced that Middle America didn’t approve.

Even earning a masters in social psychology from the London School of Economics didn’t confer gravitas. She had no luck securing a long-term job “because of what potential employers so tactfully referred to as my ‘history,’ I was never ‘quite right’ for the position,” Lewinsky wrote in Vanity Fair. Even now, her attempt to bring shape to her life is being framed as part of an anti-Hillary Clinton conspiracy. When she’s right, she’s mocked, evident when she corrected lyrics of Beyoncé’s song Partition (“He popped all my buttons, and he ripped my blouse/He Monica Lewinsky-ed all on my gown”) in Vanity Fair: “Thanks, Beyoncé, but if we’re verbing, I think you meant ‘Bill Clinton’d all on my gown,’ not ‘Monica Lewinsky’d.” “Monica Lewinsky dares to correct Beyoncé,” huffed a Huffington Post headline. Lewinsky’s life has been peripatetic; she has no partner or children. In contrast, Clinton, despite impeachment, went on to became a popular global statesman and start a foundation; his marriage is intact and he’s a grandfather.

During her TED talk, Lewinsky referred to social media as the “superhighway for the Id.” It’s not an original construct but in her case it’s apt. The Internet is merely the latest—and the most virulent—tool to publicly shame; it’s the conduit, not the content; it’s merely the new tribal drum, one that simultaneously exposes and abets a misogynistic Neanderthal mentality compounded by mob cruelty. A century ago a disgraced Wharton heroine went off and married an obscure Italian count; today, Lewinsky had little hope of changing her name and seeking a life of anonymity without risk of someone selling her out to the endless shame cycle of celebrity tabloids.

Reading the nasty, judgmental comment threads of the many sympathetic, positive stories (here and here) that have popped up about Lewinsky’s reincarnation provides more disturbing evidence, as if it’s needed, of her TED Talk points that public shaming is “a blood sport” and that “online we’ve got a compassion deficit and empathy crisis.” But if Patient Zero, a woman straddled between a generation that will never forget her story and one most at risk of cyberbullying that doesn’t remember it, teaches us anything, it’s that the cultural illness that felled her had nothing to do with the Internet.

This article was originally posted on Macleans.ca.