That's one lesson every 30 seconds! The former first lady tackles fear of failure, imposter syndrome and suffering fools in one fell swoop. 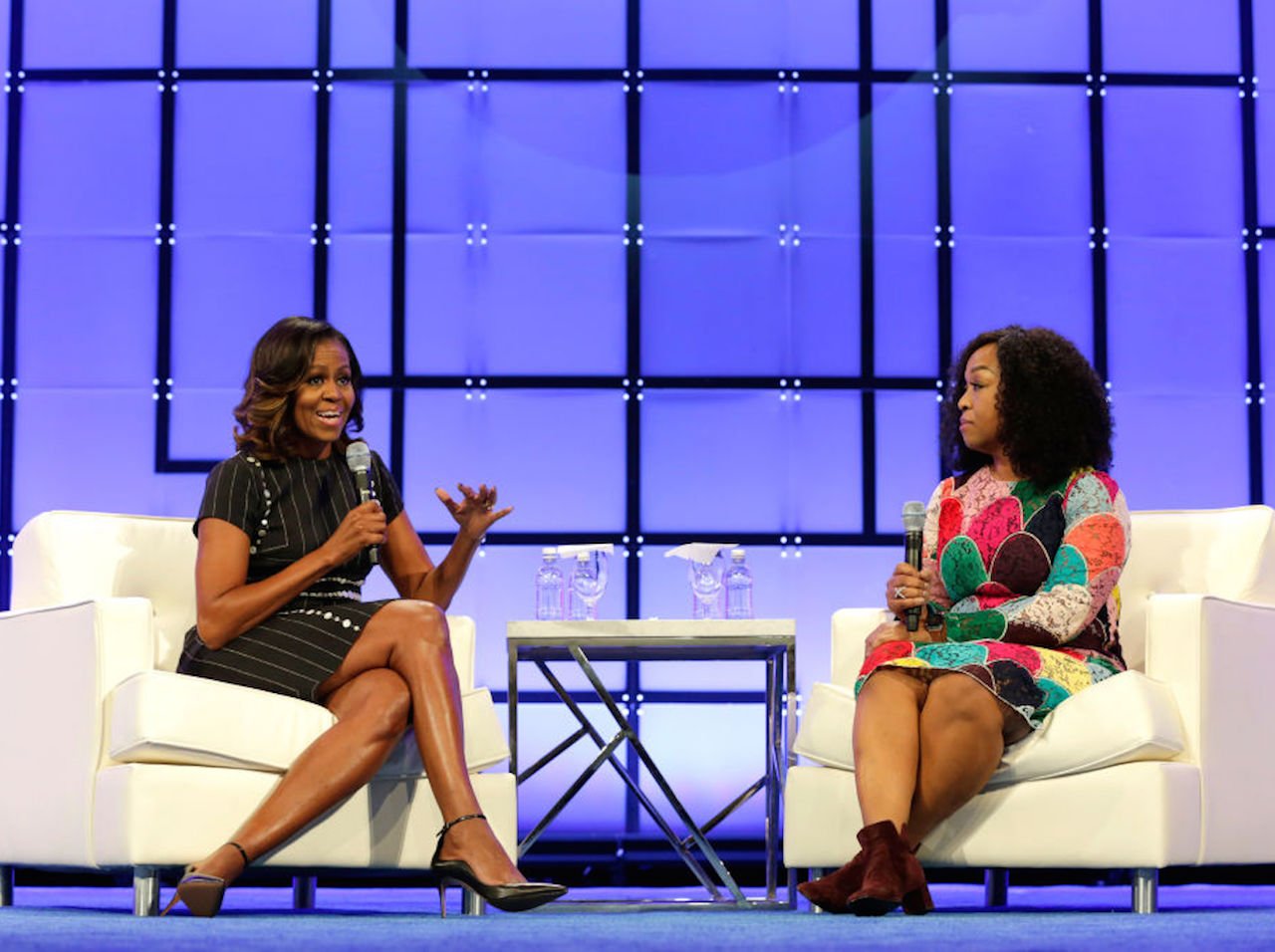 The Pennsylvania Conference for Women is a deceivingly boring name for an event, considering it hosted former first lady Michelle Obama in one of her few public appearances since leaving the White House. Not only did the 12,000 people in the audience get to be in the presence of one of the most brilliant, hard-working and stylish first ladies ever (#Michelle4prez) on Tuesday, they got to witness a candid conversation between her and TV showrunner/mogul/game-changer Shonda Rhimes.

While Obama snuck in a few political burns, including taking a swipe at the current administration’s “standard of ethics,” the conversation mostly focused on encouraging women to drive change at work and in government. This two-minute clip of Obama talking about the consequences of fear of failure is chock-full of wisdom. Hopefully a full transcript of the entire convo will circulate soon.

Watch @MichelleObama cast an entire forest of shade on Trump without ever even using his name. pic.twitter.com/wwtsqeuxkn

Here’s what we learned:

Some people are not allowed to fail

When asked about whether women have fewer chances to fail before being labeled “a failure,” she responded: “I think that’s true for women, for minorities. I think the bars are different, we experienced that over the last eight years. I joked on the campaign trail the bar kept moving.”

“I want you all to pay attention, because this is what happens when we don’t stand up: We give our seats up to somebody who is ‘supposed to be there’ because of the stereotypes of what power and success looks like,” she said. “I’ve seen imposters at a lot of tables, and when you’re at the table and you realize, ‘Oh, you are a fool’ . . . and I’m worried about raising my hand?'”

We have to speak up to drown the fools out

“I’ve been at so many tables and met so many fools who were imposters, but shame on us if we sit by and let an imposter talk us down. When you know what’s right and then you don’t say anything . . . you see wrong happening and you sit by quietly because you’re afraid to fail — that’s what I want to challenge us, as women, [to do] — speak up . . . We don’t get to the right answers without [raising] our voices.”

You can totally burn somebody without mentioning their name

As some pointed out on Twitter, there was no question which president was being referenced in all the talk about imposters and fools, but no names were mentioned (a feat Obama has pulled off before.)