Of course, men have problems too — but women aren’t the enemy

In a recent Walrus profile, men’s rights advocate Justin Trottier sees a less-creepy future for the MRA movement. But can the group learn to support men without vilifying women? 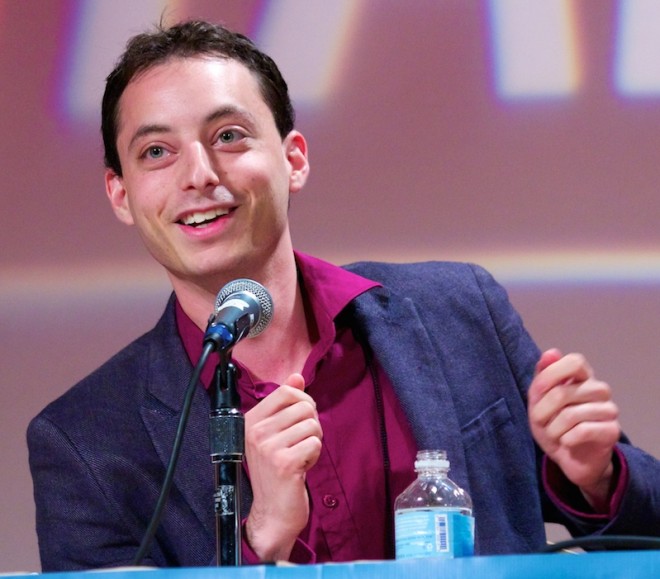 Back in the late 1800s, white American men found themselves in crisis. Manly ways of life, like farming, were giving way to urbanization and industrialization. The Civil War had ended, and most Native Americans had either been killed or forced onto reservations — there were no more battlefields or frontiers where a white man could seek glory.

Their wives and daughters, meanwhile, were taking on independent public roles as activists for temperance, birth control, voting rights and public education. The eugenics movement stoked fears that a superior class of white people were facing racial genocide, their gene pool threatened by growing populations of “biologically unfit” foreigners, Jews, black people and the “feeble-minded.”

As future president and he-man Theodore Roosevelt saw it, America was becoming a nation of effeminate 98-pound-weaklings. He called for the reconstruction of a “thoroughly manly race — a race of strong virile character.”

Sound familiar? To put it in more current terms, Roosevelt wanted to “make America great again.” Casting back to these fevered male concerns of yesteryear reveals a useful insight into today’s reactionary, Donald Trump-loving manosphere. As long as the concept of masculinity has existed, there have been guys freaked out about not living up to its standards, or losing ground to women.

The manosphere, for those lucky enough to have never visited, is a loose network of websites, online forums and IRL groups for men (and some female supporters) convinced to varying degrees that legions of “nice guys,” as they characterize themselves, are under attack by radical feminists and heartless sluts. (The two terms tend to be interchangeable.)

Related: Canadian politics are sexist. What are men going to do about it?

At the most dangerous end of the spectrum of men’s rights activists (MRAs) are the sexually frustrated, predatory pick-up artists (the most extreme example of which is 22-year-old mass shooter Elliot Rodger) and the alt-right. At the other, less radical end, are men’s groups concerned with issues like child custody for divorced dads, and support and recognition for male victims of sexual assault. They like to see themselves as free speech advocates and truth tellers, exposing what they believe are feminism’s excesses and injustices.

One such group is the Canadian Association for Equality (CAFE). Its CEO and co-founder Justin Trottier was the subject of a recent and generally positive profile in The Walrus magazine. (The article was co-written by Walrus editor-in-chief Jon Kay, whose mother Barbara Kay is a CAFE advisor, advocate and speaker.) The co-authors describe Trottier as “young, skinny, impeccably polite” and portray him as a relatively harmless nerd who wants to distinguish his group from the ugly side of the men’s rights movement.

CAFE has, however, hosted some of the movement’s most notorious figures, like Warren Farrell. Often called the father of men’s rights, Farrell was once a feminist who spoke out about the destructiveness of male stereotypes on men’s self-esteem and mental health. He’s since shifted his views to argue that men are at the mercy of cruel and powerful women who falsely cry rape and use their sexual power to humiliate men.

But in both cases, CAFE misrepresented gender-based statistics. In 2015, it put up a Toronto billboard featuring an image of a wild-eyed woman looming over a cowering man with the statistic: “Half of domestic violence victims are men. No domestic violence shelters are dedicated to us.” That figure did come from a 2009 Statistics Canada study, but CAFE failed to note that women were three times as likely as men to report injury from serious violence, like being choked, raped or threatened with a deadly weapon. 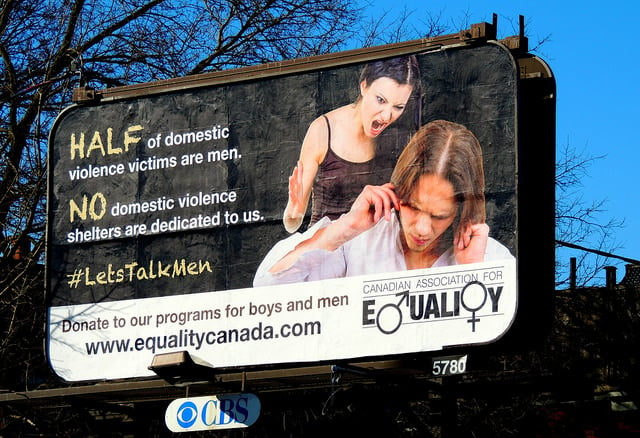 And that’s not the only time CAFÉ has been misleading. In its application to the Canada Revenue Agency for charitable status, CAFE stated that it planned to work with the Women’s Legal Education and Action Fund and Status of Women Canada. Both of these feminist groups said they had not been contacted by CAFE and weren’t aware that CAFE had listed them as potential collaborators on its application.

CAFE’s deceptions and its hostility to feminism — its tagline is “equality means equality for everyone,” the implication being that the women’s movement has subjugated men — undermine any good intentions the organization purports to have. Within this mindset, the advancement of women and girls is seen as an attack on men and boys, a zero-sum game.

Related: What role do men play in the fight against sexual assault?

Very rarely (if ever) does the MRA agenda include the real social and political forces that are actually hurting men and boys: like the erosion of the labour unions that used to protect the interests of blue-collar male workers; or the gun manufacturers whose products are responsible for 33,000 deaths annually in the U.S. – a significant number of which are suicides and homicides of men; or racial profiling by police, mass incarceration and other violations of the rights of men of colour.

For all Trottier and his cohorts’ insistence that they want to help other men, they don’t seem connected to the many, many groups and individuals that are doing real work to meet men’s needs.

The Movember Foundation, for instance, has donated millions of dollars to men’s cancer research and to mental health services for boys and men. In Canada, there’s WiseGuyz, which teaches sex-ed to boys in middle school; NextGenMen, which runs boys-only after school programming; the Black Daddies Club, a support group for black fathers; and BroTalk, a campaign by Kids Help Phone to reach teenage boys struggling with mental health issues.

These groups show that men and boys can be supported and validated without needing to make women the enemy. In fact, they see women as allies. And here’s the thing: Men and boys also do better in a culture that is fairer, more just and progressive when it comes to gender roles and equality. Instead of retreating to the angriest and most retrograde version of masculinity, men can evolve, too. They’re going to have to. For all his macho swagger, Teddy Roosevelt couldn’t stop progress 100 years ago. And MRAs aren’t going to stop it now.

More:
Exclusive survey: The secret lives of Canadian women
Everything you need to know about the flu
Three babies, three doorsteps: cracking a 40-year-old mystery