Will Meghan Markle's Maid Of Honour Be A Canadian? Here Are The Odds

Who will support Markle on her big day: the celebrity, the princess or the Canadian bestie? 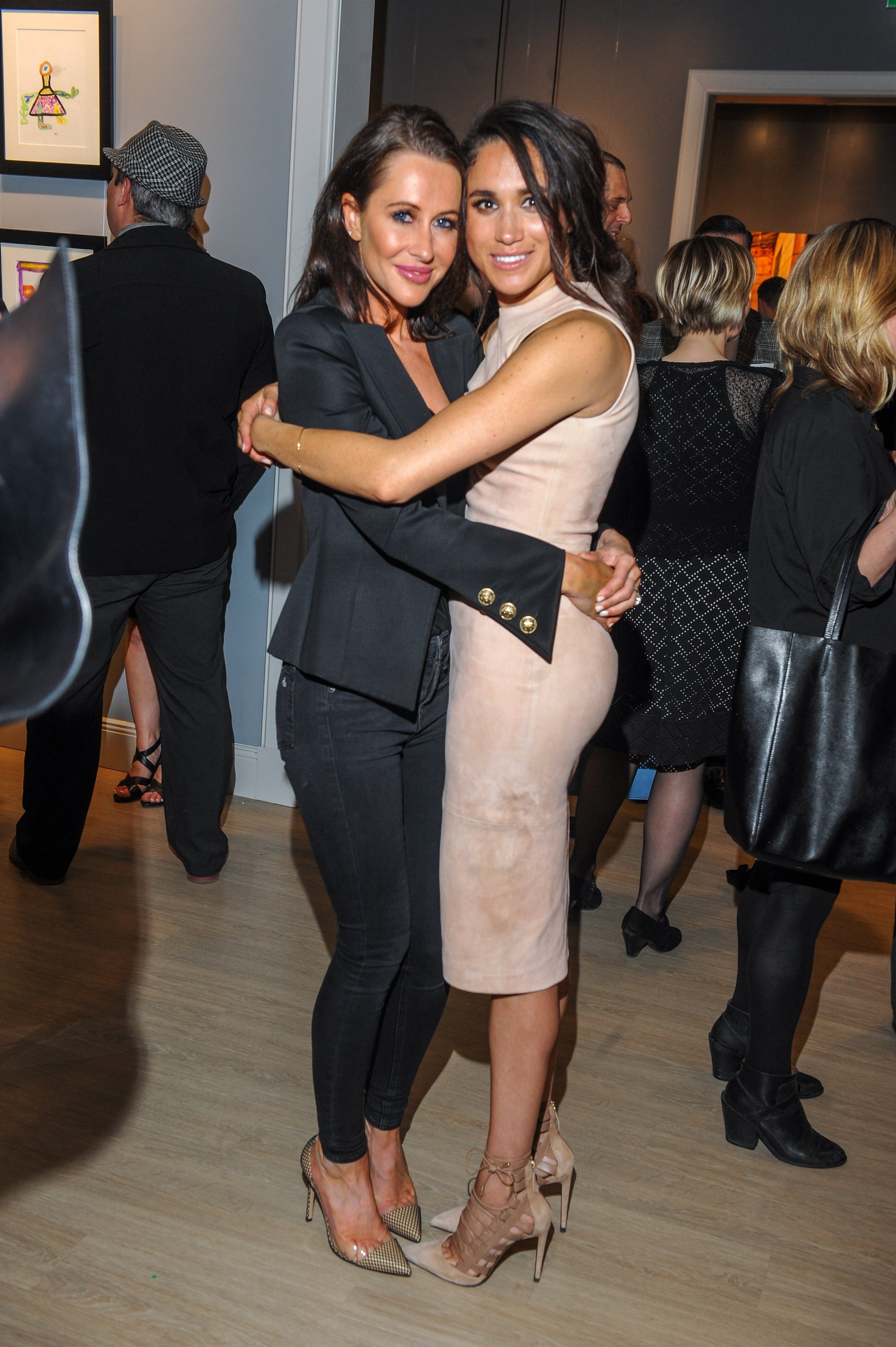 This week, multiple British media sources reported that Prince Harry has asked his brother, William, to be his “best man” (technically a “supporter” in British wedding speak). Which leaves one important question dangling: Who will be there to support Meghan Markle on her wedding day?

Some royal experts say the future Duchess could go without an attendant, which is apparently the Windsor standard. And yet, both Kate Middleton and Queen Elizabeth had bridesmaids on their big days. In other words, anything is possible and all bets are on. Here, we lay odds on the women most likely to be Markle’s wedding-day supporter.

Who: Toronto bestie and unofficial style advisor
Where you know her from: Mulroney is practically Canadian royalty, the wife of TV personality Ben and daughter-in-law to ex-PM Brian.
Why: Mulroney has been seriously tight with Markle over the last few years — the pair spent a few weeks travelling in Italy following Meghan and Harry’s first date (what could they possibly have talked about?). Mulroney, who styles Sophie Grégoire Trudeau, is also a trusted fashion advisor (The NY Post reports she selected the white coat by Canadian brand Line that Markle wore for her engagement photos, and unlike MM’s American gal pals, she is technically a British subject.
Why not: Commoner.
Odds: 3/1

Who: Actress and friend
Where you know her from: Chopra stars on NBC’s Quantico.
Why: No crime in adding a little American star power to a traditionally stuffy royal wedding ceremony. Plus, Chopra has been a loyal friend in recent months, slamming the press for constantly referring to Markle as “Prince Harry’s girlfriend.”
Why not: One American starlet (the bride) may be quite enough.
Odds: 12/1

Who: Future queen and royal sister-in-law
Where you know her from: See: future queen.
Why: Choosing her future sib would be a strong demonstration of family solidarity.
Why not: Middleton wasn’t in Pippa’s wedding party this summer, apparently because she didn’t want to steal the show (show stealing is more Pippa’s department). Also, she will have a brand new baby to contend with. And, per royal custom, it’s unlikely that the future queen would assume the role of attendant to a lower-ranking member of the royal family, even for a wedding.
Odds: 13/2

Who: Royal daughter, future niece
Where you know her from: Fourth in line to the throne and this delightful viral video.
Why: Because youth is a massive advantage when fighting for royal-wedding status — often bridesmaids are children or young teens.
Why not: If show-stealing is a concern, the world’s most adorable princess may be a problem.
Odds: 12/5

Who: American fashion designer
Where you know her from: Nonoo recently made headlines as the woman suspected to be Harry and Meghan’s matchmaker. She is also the designer of the much-discussed (and ultimately prophetic) “husband shirt” that Markle wore for her first public appearance with Harry at the Invictus Games in Toronto.
Why: Because if anyone deserves an exalted position in the wedding party, it’s the woman who made it happen.
Why not: Commoner.
Odds: 17/2

Who: Childhood bestie
Where you know her from: Priddy has recently hit the front page of the British tabs after spilling some pretty unflattering beans on her former pal.
Why: Priddy was the maid of honour at Markle’s first wedding in 2011.
Why not: Selling out your friend to the tabloids presumably bars one from MOH consideration.
Odds: 100/1