The cookbook raises funds for the Hubb Community Kitchen. 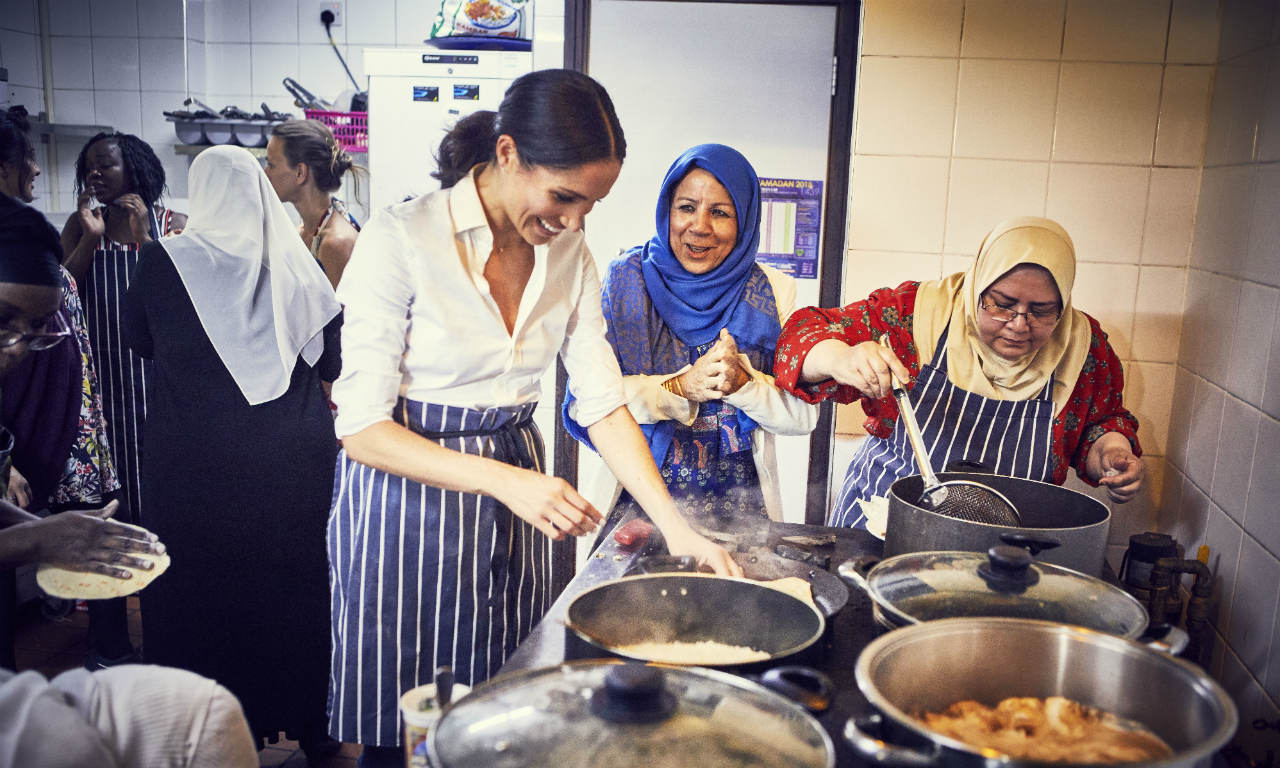 Kensington Palace revealed on Monday, Sept. 17, that the longtime foodie Meghan Markle has been working with women affected by the Grenfell Tower fire since January. The result is a beautiful charity cookbook with more than 50 recipes, supported by the Royal Foundation and published by Penguin Random House. In addition to writing the foreword for Together: Our Community Kitchen, the Duchess of Sussex will be opening the doors of her home to celebrate its launch alongside her husband, Prince Harry.

The Duchess of Sussex is supporting a new charity cookbook, ‘Together: Our Community Cookbook’, which celebrates the power of cooking to bring communities together. #CookTogether pic.twitter.com/XEclxgQjR4

“I immediately felt connected to this community kitchen; it is a place for women to laugh, grieve, cry and cook together,” the 37-year-old said of the project. “Melding cultural identities under a shared roof, it creates a space to feel a sense of normalcy – in its simplest form, the universal need to connect, nurture, and commune through food, through crisis or joy – something we can all relate to… Through this charitable endeavour, the proceeds will allow the kitchen to thrive and keep the global spirit of community alive.” 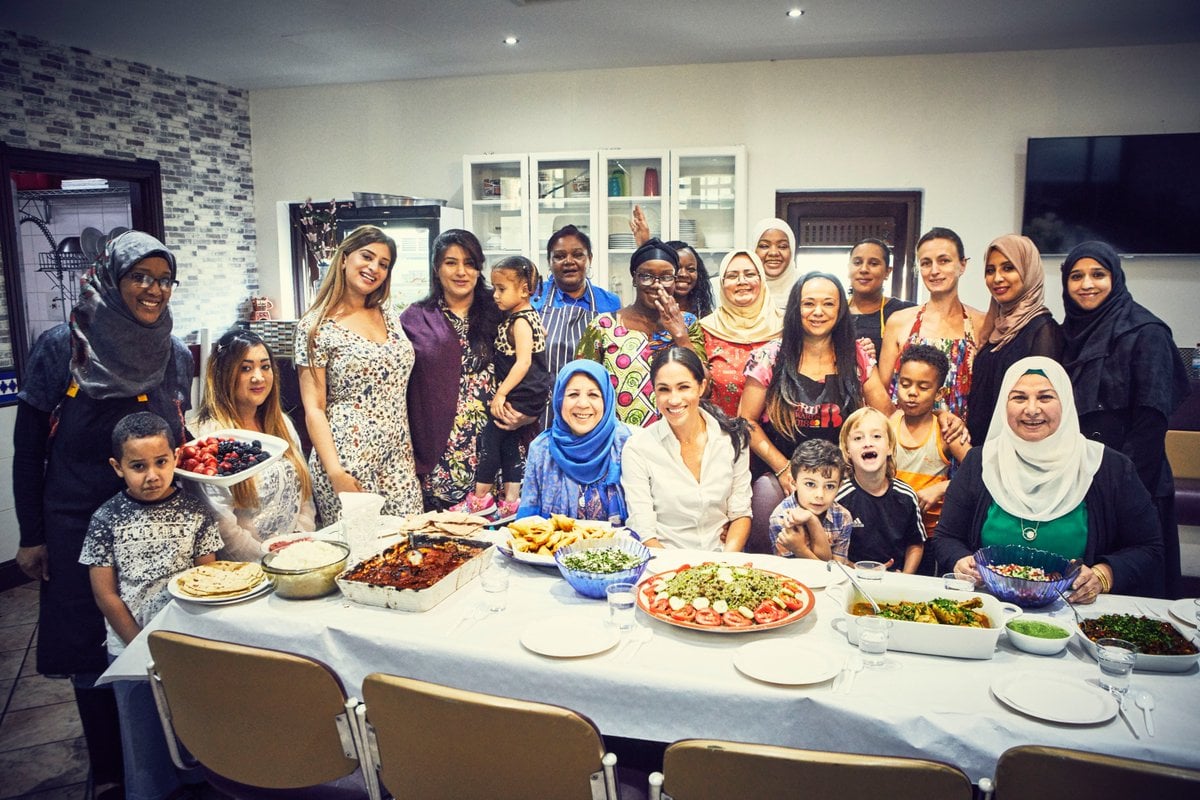 The project grew out of the resilience and ingenuity of a group of women who were looking to feed their families following the devastating residential fires. The Al Manaar Muslim Cultural Heritage Centre in West London became their community kitchen and a place to heal, later evolving into the Hubb Community Kitchen, which will benefit from the book’s proceeds. Together: Our Community Cookbook will be available as of September 25 in Canada.

The duchess first stopped by the kitchen at the beginning of 2018 and has been making private visits ever since, culminating in this special project that blends her passions for food and helping women. The finished project boasts mouthwatering recipes from Europe, North Africa, the Eastern Mediterranean and the Middle East. 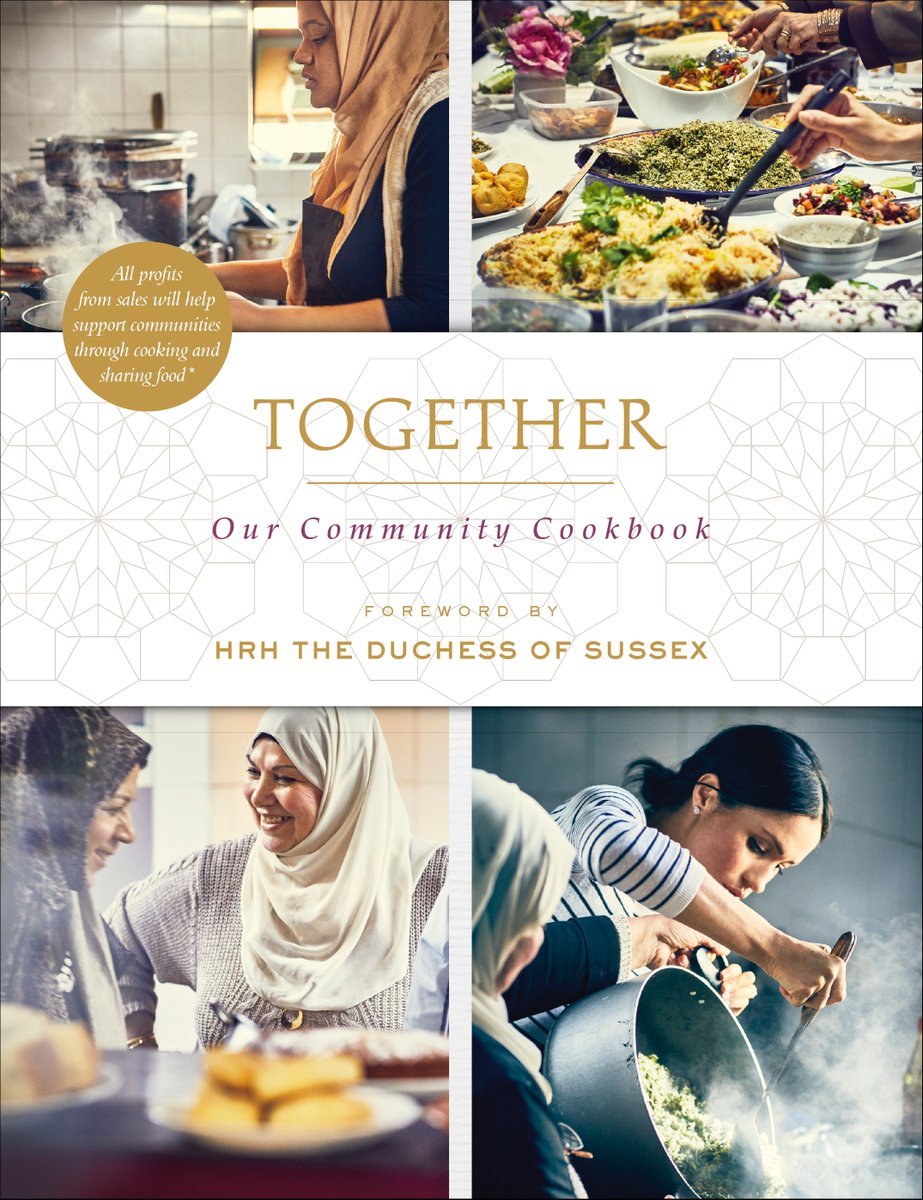 Meghan has long loved opening her home to friends for dinner parties, sharing great food and wine, so it’s no surprise that she’s keen to host such a meaningful launch party. In addition to the women who worked on the cookbook and members of the local community, the celebration will also have invitees from the Al Manaar Muslim Cultural Heritage Centre, The Royal Foundation and Ebury Press.

“I am a big fan of Sunday suppers. Whether we’re eating lamb tagine, pot roast or a hearty soup, the idea of gathering for a hearty meal with friends and family on a Sunday makes me feel comforted,” she once told Today. “I enjoy making slow-cooked food on Sundays, like Filipino-style chicken adobo. It’s so easy—combine garlic, soy (or Bragg Liquid Aminos), vinegar, maybe some lemon and let the chicken swim in that sauce until it falls off the bone in a Crock Pot.”