Just as ‘influencer fatigue’ sets in, the value of a Meghan Markle plug for Birks Inc. rockets. 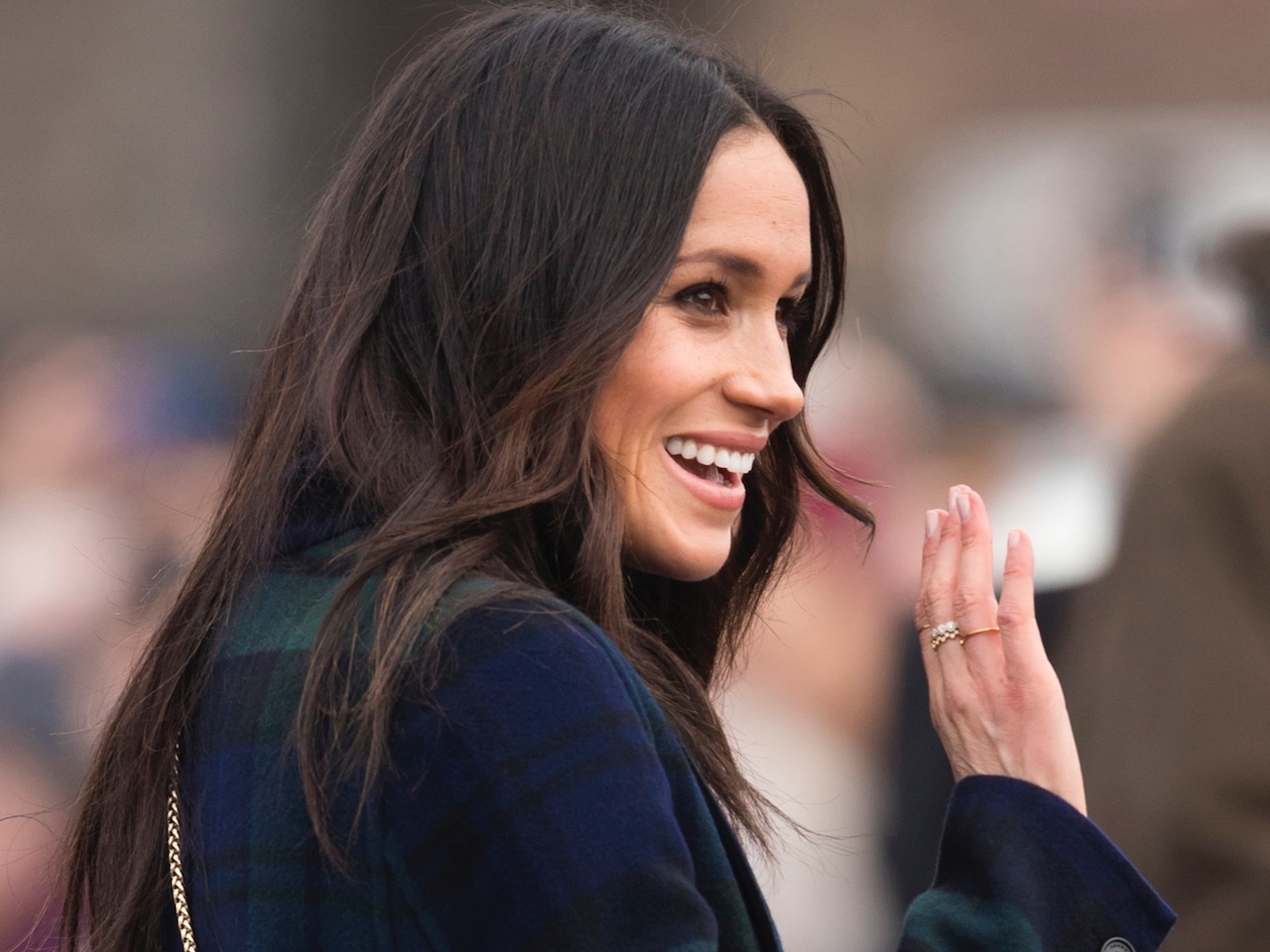 For the past year, Birks Inc., a 139-year-old Montreal-based jewellery company, has found itself in the middle of a modern mercantile fairy tale with an unknown ending. It began in August 2017, when Meghan Markle, now Meghan, Duchess of Sussex, wore Maison Birks jewellery in her ﬁrst public outing with Prince Harry at the Invictus Games in Toronto. Since then, she has consistently modelled Birks’ tasteful, royal-family-appropriate items — at her engagement announcement in November 2017, at Christmas lunch with the Queen, then on a string of public appearances. Such was her brand loyalty that Hello! Canada magazine asked, “Will Meghan Markle wear Birks on her wedding day?” — another free plug. She didn’t. But her mother, Doria Ragland, and Jessica Mulroney, the Toronto-based stylist now famous as Markle’s “BFF,” both wore Birks pieces not available to the public until this coming fall. All were heavily promoted on Birks social media platforms and treated as news by mainstream media, garnering global advertising for Birks. 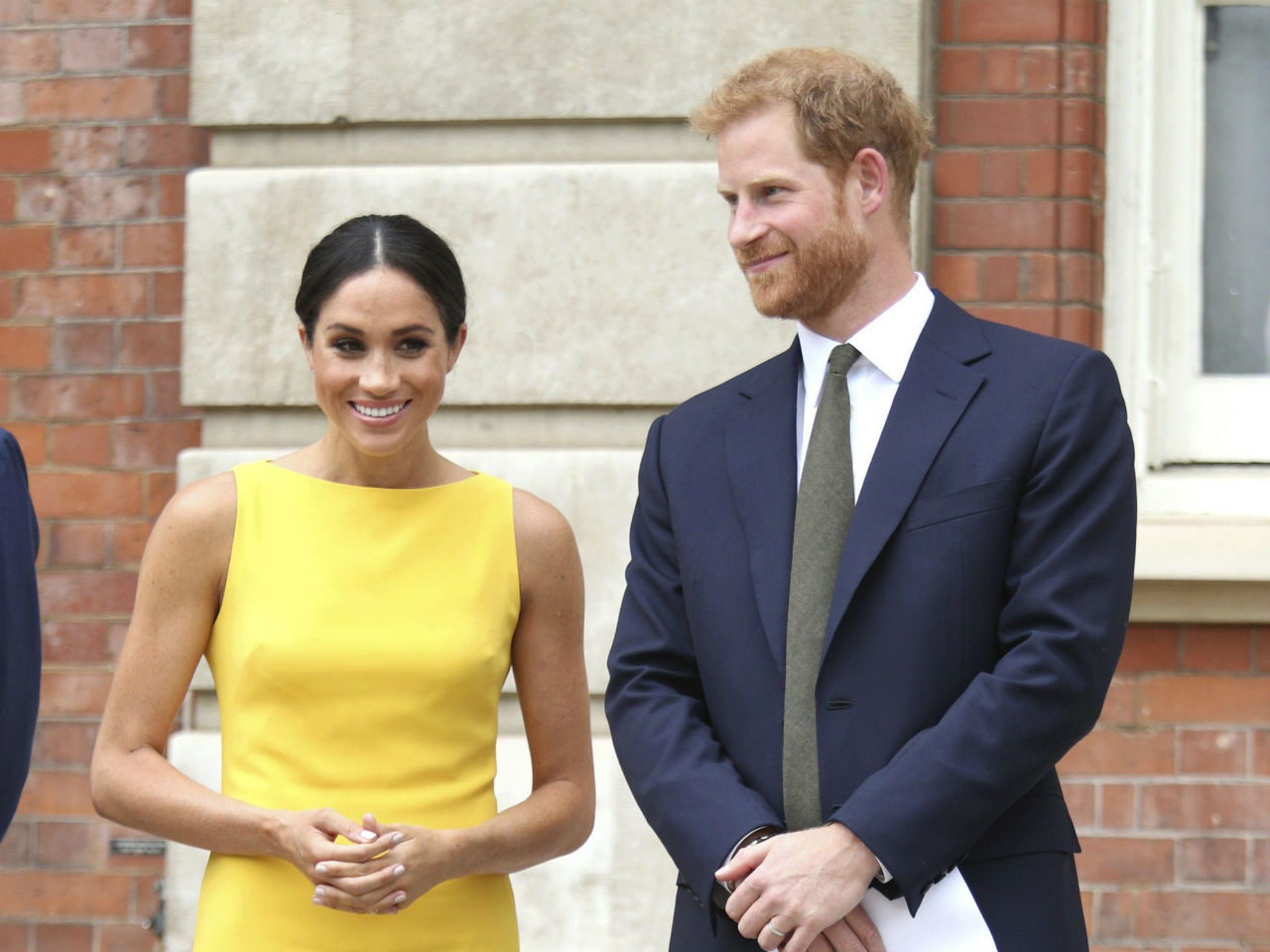 It’s a tale that also reflects the moment in marketing, one in which “influencers” — celebrities and social-media stars — have replaced advertising to the point of influencer gridlock. Products are promoted in “news” stories and gossip items, as seen in the New York Post’s May account, “Meghan Markle wears $10K earrings to royal wedding rehearsal,” which shared details of a private event that earned Birks another shout-out. In such a landscape, adjacency to the British royal family is marketing gold, publicity that money can’t buy. “They’re the biggest brand in the world,” says veteran royal watcher Patricia Treble of Write-Royalty.com. Birks saw an increase in website hits after Markle wore the brand at the Invictus Games, but the deluge began with the news she’d be joining the House of Windsor, says Eva Hartling, chief marketing ofﬁcer and vice president for the Maison Birks line. The company saw a 400 per cent spike in online sales and views that day; the $995 earrings Markle wore sold out. It’s a happy coincidence that Birks jewellery became available in the U.K. a month before the engagement was announced.

The fairy godmother in this particular fairy tale is Jessica Mulroney, a well-connected fashion consultant known for styling Markle and, unofﬁcially, Sophie Grégoire Trudeau. Birks hired her in 2011 as its “jewellery style expert” to share “tips with Birks clients as well as the press.” Birks no longer has a “formal relationship” with Mulroney, Hartling says, but they work on projects together. (Mulroney’s ﬁve-year-old daughter, a bridesmaid in the royal wedding, has appeared in Birks ads.) Mulroney introduced Markle to Birks, says Hartling, who adds the company never had a commercial relationship with the actress: “Meghan liked the line and purchased pieces,” she says. Markle’s “entourage” requested jewellery for her mother for the wedding, which was purchased, she says.

Such distinctions matter. The royal family’s brand equity entails distancing itself from commercial taint. (Sarah Ferguson was viliﬁed for her money-making ventures and for trying to sell access to her ex-husband, Prince Andrew.) They live in a freebie-free zone; transactional relationships are verboten. One minor exception is the “royal warrant of appointment,” a mark of recognition conferred on those who have supplied goods or services to the households of the Queen, the Duke of Edinburgh or the Prince of Wales. Anyone receiving one has to follow strict rules, says Treble: “You can put the royal coat of arms on product, but you can’t reference the royal family in any commercial activity or you’ll have the royal warrant stripped. It has happened.” 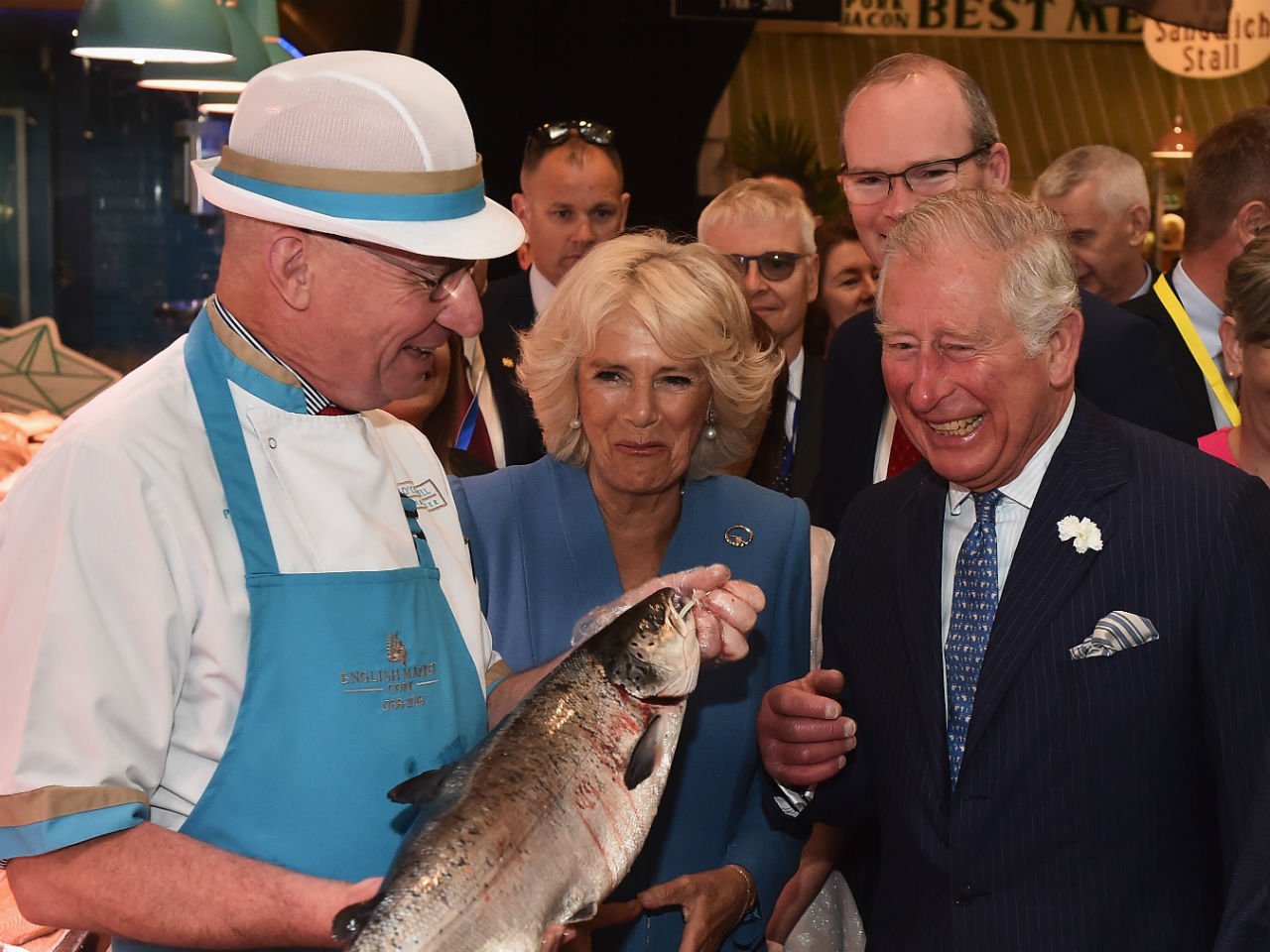 Discretion is vital. An unofﬁcial endorsement in the form of a royal wearing a brand can be worth millions: “The Kate effect” describes how items worn by the former Kate Middleton sell out in minutes. In April 2018, Women’s Wear Daily pegged the total “Markle effect” so far at US$212.1 million.

Markle’s new life is at a 180-degree remove from the one she left behind, society writer Shinan Govani observes: “Any instincts you have as an actress or influencer or someone in the world of fashion would have to be unlearned if you’re joining the Firm.” Early in her career, Markle visited “gifting suites,” where celebrities are photographed with free product; she’s been pictured with a homeopathic flu remedy, sports gear and bourbon. As her fame increased via her role on Suits, Markle positioned herself in the “lifestyle” realm with her popular blog The Tig and an Instagram presence with close to two million followers. She was named “brand ambassador” to clothing chain Reitmans, for which she designed a capsule collection. Brands gave her clothing, among them the Canadian company Line the Label, which Markle came across while shopping years before Harry entered the picture. “After Jessica started styling her, she contacted us to send images of the collections,” says Natasha Koifman, president of NKPR, a Toronto PR agency that represents Line. Markle was a great ﬁt with the brand, says John Muscat, president of Line: “We’re careful about who we work with,” he tells Maclean’s. “Meghan always looks so well put together.” The $799 white coat Markle famously wore for the engagement announcement, renamed “the Meghan,” was a “gift” to Mulroney, Muscat says, part of a wardrobe put together for Markle’s move to Britain. Mulroney called the morning of the engagement to say the coat had been chosen, Koifman recalls. Within an hour and a half, more than 300 orders poured in.

Unlike some celebrities, Markle pays for items, Koifman says, recounting how the actress called her a year ago, before her engagement. She was having trouble ﬁnding a speciﬁc bracelet made by a brand NKPR represents. “She wanted to buy it for Harry for Christmas,” Koifman says: “We found it, and she paid for it.” The story of a future princess buying a gift for her prince is destined to drive sales more than any ad if that brand is named — so here Maclean’s has chosen not to identify it, even if Koifman did.

Anyone dealing with the royal family must be discreet and follow protocol, says Treble: “People who don’t deal with royals can get verbose,” she says. “If they talk too much, they’ll get dropped.” (Mulroney declined Maclean’s interview request.) Birks was called out for overstepping in 2015 when it issued a press release after Grégoire Trudeau wore a Birks diamond brooch to meet Queen Elizabeth II: “Sophie Grégoire Trudeau . . . dazzled in Birks jewellery,” it read. Outrage over the brooch’s $7,125 price forced the PMO to issue a statement explaining the jewellery was on loan from Birks, who hadn’t informed them they planned to turn it into an ad. Eyebrows were also raised hours after the wedding when People.com ran a gushy story about Mulroney, calling her the “unofﬁcial maid of honour” and referring to Birks as “Meghan’s go-to jeweller.” Hartling was the only one quoted in the story, which listed the Birks pieces worn by Mulroney to the wedding and evening party. On Twitter, Govani criticized the publicity as “ill-advised,” comparing it to “day-after-the-Met-Gala ‘day trading’ and branding tic-tac-toe,” a reference to the annual Metropolitan Museum of Art Gala, a blatant billboard for fashion houses and brands. Overt commercialism clashes with the royal brand, says Govani, noting “honorary maid of honour” is a term neither Markle nor the palace used: “To translate common celebrity vernacular and put it in context of the royal wedding shows that someone isn’t thinking. That’s my charitable take on it.”

At a time of what Hartling calls “influencer fatigue,” an unofﬁcial royal endorsement has rising value. Unilever, whose brands include Dove and Axe, recently announced it won’t work with influencers who buy social-media followers. “Consumers see through mechanisms that don’t feel authentic,” Koifman says.

Hartling says Birks has been careful. It doesn’t use Markle’s image on social media, only from media coverage, which can amount to the same thing. A “royal wedding jewellery inspiration” page on its website includes items worn by Markle, Mulroney and Ragland; visitors can “swipe through to see the Birks jewels the Duchess has worn.” Birks’s current print ad campaign features Canadian actor Amanda Brugel, who bears a decided resemblance to Markle.

As history has shown, royal anointment can be a mixed blessing. The brand Issa exploded after Kate Middleton wore one of its dresses for her engagement; the company eventually shuttered operations after the founder, Daniella Helayel, sold a controlling stake in the company to ﬁnance its expansion. Whether royal fairy dust settles on Birks remains to be seen. The latest six-month results, ending Sept. 23, 2017, don’t seem to include any “Markle effect”: sales were down $5.1 million to $49.8 million from the year earlier. The stock price has been volatile, rising from 24 cents in January 2016 to $3.04 in July 2016, the month Markle and the prince are said to have met. It fell to $1.06, then spiked at $2.69 in November 2017, two weeks before the engagement announcement. In late June, it was trading under $1.50.

Hartling sees the duchess’s connection to Birks as “positive” and “slightly negative” for the company: “On one hand, the exposure is a textbook example of what organic PR should be: a consumer who fell in love with the brand becomes the best-known person on the planet.” The free press also aids the company’s stated goal to become a “global luxury brand.” Discussing the “slightly negative,” Hartling is cautious: “Obviously we’re not complaining,” she says. “But all messaging pertaining to Birks right now has to do with the duchess wearing our pieces. We’re launching new collections in the fall, but nobody cares unless the duchess decides to buy a piece and wear it.” (That said, both Ragland and Mulroney showcased the wares before an audience estimated at up to two billion around the world.) The duchess could stop wearing Birks, Hartling says: “What does that mean for us?” That hasn’t happened, with post-wedding images of the duchess wearing Birks plastered on the company’s Instagram. “Royalty is looking good on her!” read one caption. Hartling remains hopeful, noting Birks had a royal warrant in the ’30s, when it supplied silverware to the royal family: “Maybe we’ll get another one.” Maybe. That could be one way this fairy tale ends.