The top-ranked Pakistani squash player, who now trains in Canada, spent her childhood disguised as a boy. 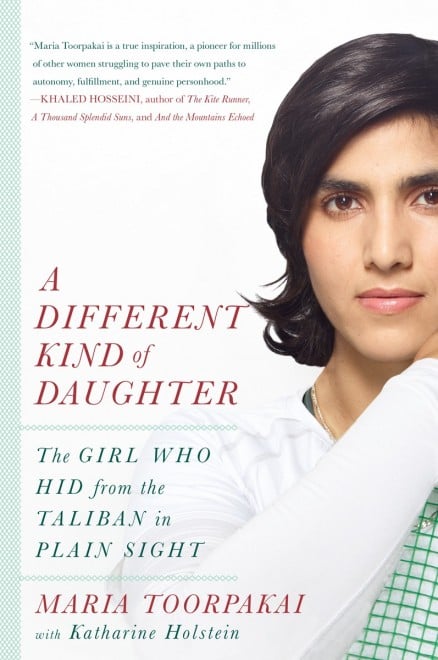 When Maria Toorpakai was invited to Toronto to train with Canadian squash legend Jonathon Power, it didn’t just save her career, it saved her life. After being ranked number one in Pakistan and receiving a presidential award for excellence in sport, Toorpakai became a target of the Taliban for pursuing her passion while having the audacity to bare her legs in shorts. “I might as well be a ticking time bomb wrapped in flesh and bone,” she writes in her new memoir, A Different Kind of Daughter.

“It was a lot,” says Toorpakai, now 25. “I was really tired of [Pakistani] society too, the way they think, the way mentality is. No one wants to stand up beside you. Everyone just finds a way to attack you. It’s so cruel in that way.”

The threats became so persistent and the Taliban scouts who stood guard outside her home so familiar that Toorpakai confined herself to playing squash in her tiny bedroom. She procured cyanide pills as a way to feel like she had some control over her fate after hearing accounts of the atrocities women kidnapped by the Taliban endured. Toorpakai desperately sought a way out for years, sending emails to schools across the world in hopes of receiving a sports scholarship. And in 2011, she finally made the move when Power took her on as a trainee.

Related: Of course Serena Williams is Sportsperson of the Year

Toorpakai grew up in Pakistan’s Federally Administered Tribal Areas (FATA), an ultra-conservative region that borders Afghanistan. From a young age, she understood that boys received basic freedoms that girls didn’t. Toorpakai felt that a woman’s ambitions were constrained to the four walls of her home. “Imagine the world is so big and you live your 60 years within those four walls,” she says. Before her fifth birthday, she burned the beaded dresses she detested, chopped off her long locks, and baptized herself as a boy. Her progressive parents accepted her new form — her father even gave her a new name, Genghis Khan.

Growing up in a string of small towns and cities and with a family that worked hard for little income, she didn’t have the opportunity to play organized sports. Instead, she maximized her freedom as a boy, knowing it wouldn’t last forever, running, riding her bike and wandering the mountains with her sling shot. “In rural areas, people still have a very conservative mentality,” says Toorpakai. “It really doesn’t make sense to them that girls should go to school or play sports.”

Her mother worked tirelessly to attract girls to school in a region where only three precent of women are literate and just 27 percent of girls attend school, compared to 73 percent of boys. But Toorpakai attended for only a few days. Unable to to sit still and uncomfortable with behaving as girls were supposed to, she received her education at home while her siblings went to school every day. “I don’t have a degree, I don’t have a certificate in anything, but I love knowledge,” she says now.

Related: Is this Sports Illustrated swimsuit cover a victory for women?

The family moved from one town to another before settling in Peshawar in 2001. Toorpakai lost her way in the big city, having little else to do other than wander the streets and get into fist fights with boys her age. Her father encouraged her to join a weightlifting gym in hopes that it would ground her. Despite winning the first weightlifting championship she ever competed in, Toorpakai quickly became listless. A chance invitation to watch squash when she was 12 captured her interest immediately. She wanted in.

“I wanted to be a champion,” she said. To her, that meant playing as a boy. But when asked for her birth certificate when she signed up for a squash academy, she thought the jig was up. Luckily, her coach was delighted to take on a female athlete. Thirteen years later, squash has more than just held her attention. “It’s a very peaceful place for me, the squash court,” she said. “I can play for hours and just be by myself.”

Today, Toorpakai is laser-focused on training. She’s currently ranked 68th in the world, winning 20 out of 30 of matches played last year. She feels like she’s lived multiple lives already, teaching her not to get rattled by her opponents or media attention.

“You just have to execute the shot,” she says. “When you think too much you destroy the shot, you miss the point — that’s life.”

More:
Mothers and daughters on pride, regret and the things they’ve never said
I tried to warn women about Jian Ghomeshi — and it nearly destroyed my life
Memoir: The baby girl I almost had