In 1982, we asked the Canlit legend a bunch of nosey questions. Watch her answer them again, 34 years later.

“Re-invention” is a word that circles famed Canadian novelist Margaret Atwood, and this year has been no exception. Some of the buzz is around projects being given new life by others: Canadian indie darling Sarah Polley is directing an on-screen version of Alias Grace for Netflix, and Hulu’s adaptation of The Handmaid’s Tale has attracted Hollywood heavyweights Elizabeth Moss, Joseph Fiennes and Samira Wiley to its cast. But she’s also doubled down this fall with the release of her first graphic novel, Angel Catbird, in September, and now with Hag-Seed, a cheeky modern retelling of Shakespeare’s The Tempest that’s earning raves. Oh, and she’s also solidified her status as one of the sharpest (and funniest) watchers of the U.S. election.

To celebrate Atwood’s very big year, we dug up a Chatelaine “Celebrity I.D.” quiz she took in the ’80s, and asked her the same questions now. Watch the video to see how her answers have changed over the last 34 years, and check out the original questionaire below for her trenchant takes on everything from abortion to her favourite movies (ahem, The Attack of the Giant Leeches.) 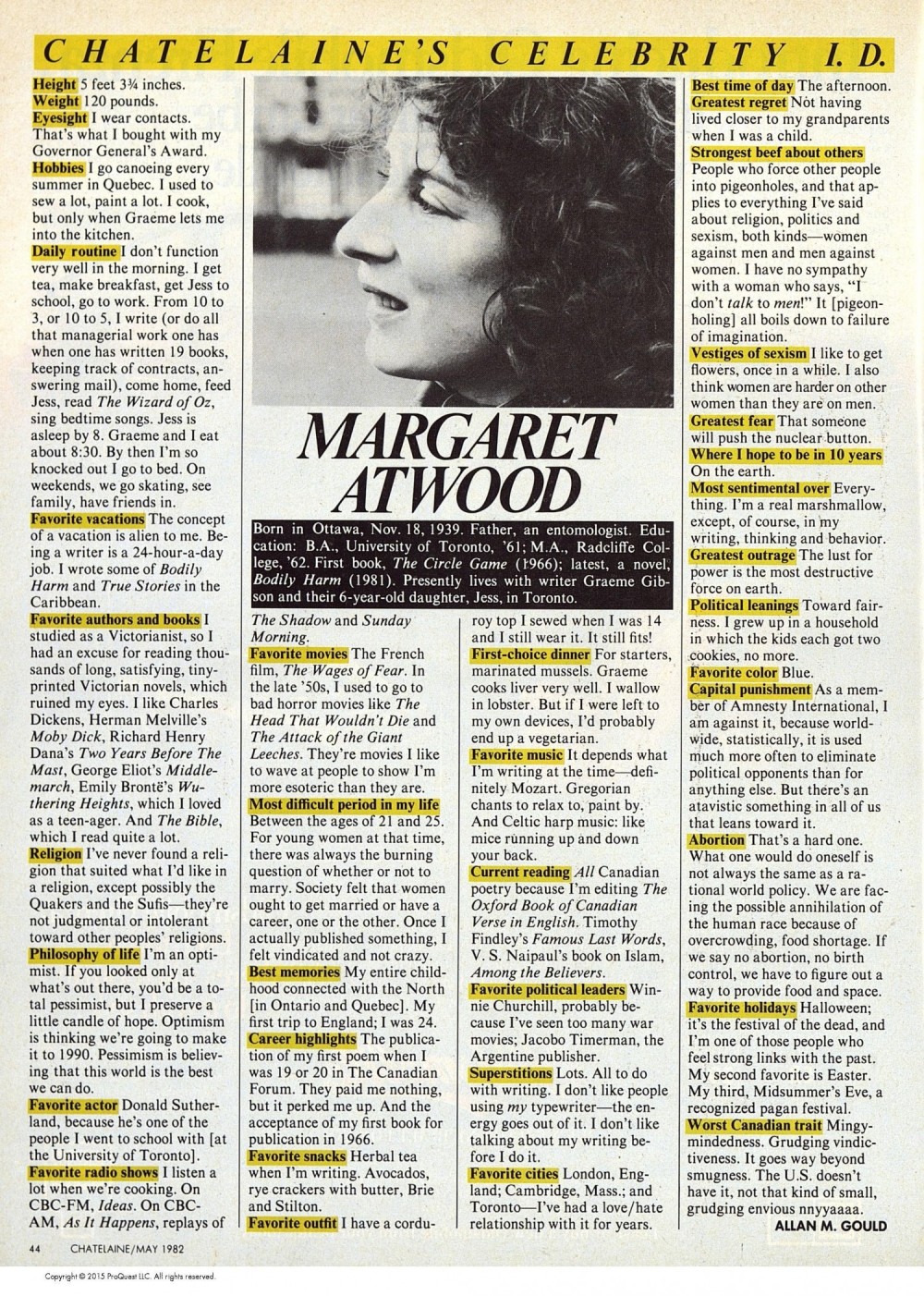 More:
5 awesome things Margaret Atwood said about Donald Trump
The sperm donor who lied — and the couple that’s fighting back
Tru-do’s and Tru-don’ts: A review of Justin Trudeau’s PR wins and losses