Magnetic lingerie, Hot Chinese cops, and James Franco makes us faint but for all the wrong reasons

We love James Franco in pretty much everything he's done. The question is, will we love him while he's sawing off his own gangrenous arm with a pen knife? 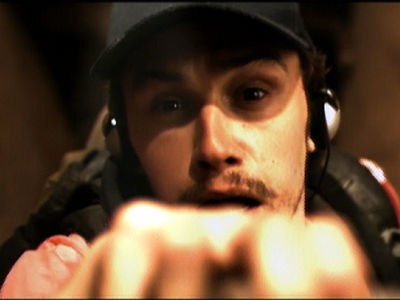 We love James Franco in pretty much everything he’s done. The question is, will we love him while he’s sawing off his own gangrenous arm with a pen knife? It’s a question you’ll have to ponder if you plan on seeing 127 Hours, in which Franco plays Aron Ralston, an ambitious hiker who in 2003 was forced to amputate his own arm after becoming trapped beneath a fallen boulder. At least 13 people have apparently fainted at screenings, with three others reporting seizures. We appreciate your ambition, James, but couldn’t you have stuck to playing loveable stoners that won’t make us barf?

If you’re a woman in China’s Sichuan province who dreams of being a cop, please try to be good looking. The province’s police force is trying to increase it’s lady presence, but stipulates that female applicants must be 18 to 23, over five foot two, attractive and with a good temperament. If selected, each woman’s contract will end when she turns 26, as “when they get older, they will get married and have children so it will not be convenient for them to do such work.” This policy is about as logical as the Hunan province’s 2004 rule that female civil servants should have “symmetrical breasts.”

A fun little item for the ladies has been making the rounds on the interweb, and it’s both sexy and fraught with peril. That’s right, magnetic lingerie is finally here. For those of you who have gotten to that critical moment and thought, “If only these panties would bust open at the hip so I wouldn’t have to slide them down around my ankles,” then this is your lucky day. No word yet on what makes the underwear burst open at the crucial moment, and not in the middle of, say, a parent-teacher conference, but hey, details.

The federal government has scaled back it’s anti-smoking labelling campaign, a move that has drawn harsh criticism from the Canadian Medical Association Journal. Health Canada announced in September it would suspend plans for larger and more graphic warning labels on packs and a toll-free number for quitting. Instead, the government says it will focus on fighting contraband cigarettes. The CMAJ says that warning labels are an effective and cheap strategy, but that the images and words need to be changed regularly to have an impact. Health Canada’s labels have been the same for over a decade, the journal reports.

Stephen Harper said yesterday he’s got “bruises to show” for his pro-Israel stance in the international community. The Prime Minister spoke Monday at an annual conference on combating anti-semitism, and said that as long as he is prime minister, Canada will stand against “anti-Israel rhetoric…whatever the cost.” Critics believe Harper’s support of Israel may have cost Canada its seat at the United Nations last month for the first time since the international organization’s creation.