Lucy DeCoutere on nightmares, healing and the Ghomeshi trial

Since speaking out about Jian Ghomeshi, the Trailer Park Boys actress has been the centre of a national conversation about sexual assault. 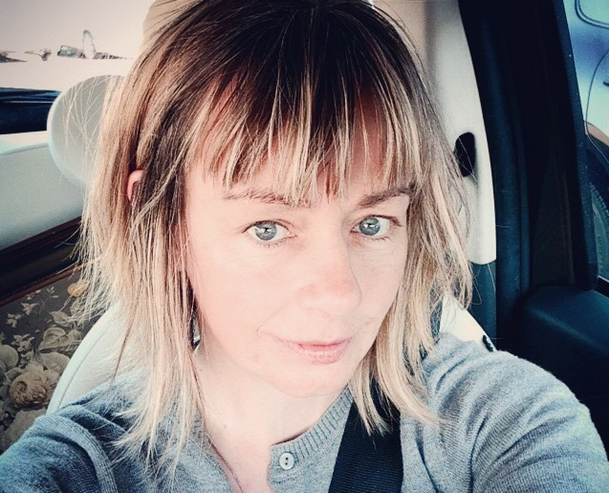 Like the rest of the country, Lucy DeCoutere watched on TV as Jian Ghomeshi was engulfed by press outside a Toronto courthouse back in November. Her gut reaction was compassion. “He’s in the middle of this scrum, can’t move, with his mom and his lawyer,” says the 44-year-old Canadian actress, best known for playing Lucy on Trailer Park Boys.

DeCoutere is one of six complainants in the sexual-assault case against the former CBC radio host. Later this week, the lawyers involved in the case will be back in court for a hearing. And if Ghomeshi sticks with his plea of not guilty, DeCoutere will likely be called to testify in the not-too-distant future.

When DeCoutere — a training and development officer in the Royal Canadian Air Force — went public, she expected her involvement to last a weekend, and that she’d be met with aggression. Instead she inspired the Twitter hashtag #IBelieveLucy, and was part of launching a national conversation about sexual assault that has led to thousands of women seeking her out and sharing their experiences. While the support has “flattened” her — in a good way — it’s also taken its toll. She has nightmares every night and has had to take some time off work to manage the stress. “My heart rate gets up and I slip into an anxiety attack, which isn’t really my vibe,” she says, adding that she has been stress-eating a lot of popcorn. “I’ve probably gained five pounds.”

DeCoutere appears to be coping remarkably well with her strange new reality, flipping from humour and nonchalance to seriousness and candour. She recognizes that since opening the Ghomeshi floodgates, there’s a responsibility to see this through and keep talking about it. But she has her limits. “My tolerance for people treating me disrespectfully is zero,” she says, “which is sort of relaxing. I feel like I’m not in a position anymore where I can expect anything less than respect.”

DeCoutere also finds release in outdoor photography — which she has seriously taken up since being stationed at CFB Gagetown, in Fredericton, N.B. — and is preparing for her first gallery show next month in Toronto.

She’s been moved by the fact that all her previous boyfriends, with the exception of one, have reached out. Also, her bosses at CFB Gagetown have had her back, including a wing commander who she was meeting for the first time directly after hearing that Ghomeshi had been arrested. “He asked, ‘How are you?'” recalls DeCoutere, “and when I told him, ‘I’m not doing too well,’ he just took off his hat.”

Even the police were “warm and sympathetic” when she came to Toronto to file her complaint. On that day she had arranged for a team of supportive friends to meet her afterwards at a Polish restaurant. “We ate a lot of perogies,” recalls DeCoutere. “I said, ‘These are feelings I’m eating, people.’ ”

With that behind her, DeCoutere does not feel overly invested in the outcome of the trial. She feels she’s accomplished what she set out to do: make sure Ghomeshi never hurts another woman.

While she says she has felt an uncharacteristic amount of anxiety since she went public with her experience, the thought of taking the stand does not faze her — or at least she’s determined not to let it. “In the end, the whole thing boils down to me having a conversation with [Ghomeshi’s lawyer] Marie Henein about something that happened 12 years ago,” says DeCoutere. “I refuse to be intimidated by a process that is designed to get the truth about something. I cannot entertain that it’s more complicated than that. And the fact that people really build it up to be more is why more women are unable to share their experiences about violence.”