Looking for meaning in art

When Mark was in Afghanistan, I was constantly looking for the comfort of other people who understood what I was going through. In a single piece of art, Silvia Pecota managed to give me that comfort. 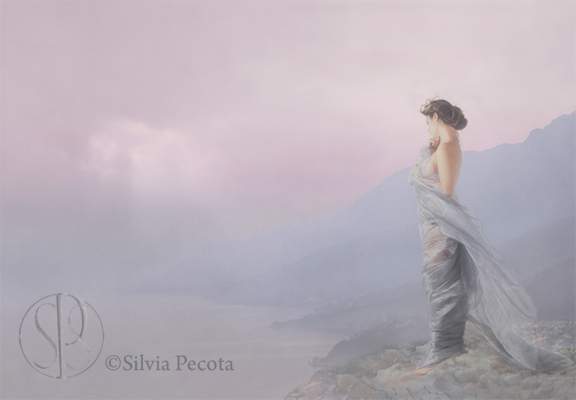 A few months ago, during a particularly bad week of Mark’s long time away from home, my unit received a copy of Silvia Pecota’s calendar, full of images of her artwork. Although I blame half of my emotion on the bad week I was having (our basement had flooded, costing thousands of dollars in damage), I was deeply touched by one particular photo titled Farewell, shown in this blog post. The woman in the image is meant to represent a woman waiting for her spouse to return from war.

Truth be told, I sat and cried in my office for about ten minutes when I saw it. Something about the colours, the look on the woman’s face, the wistfulness of it all. And I’ll willingly admit that art often goes way over my head. I don’t get how someone can throw paint on a canvass and people will pay thousands for it but who am I to say! But something about Silvia’s image haunted me. I thought about it for weeks before finally asking Silvia if I could use her image on this blog.

When you’re alone for so many months on end, it can often feel exactly like this picture depicts. Sort of like you’re balancing your whole life on a cliff, waiting for news that sometimes doesn’t come for days. You hope for others to understand what you’re going through, how hard it is, and how empty life is without the one you love. You also hope that your spouse will come home.

Who knows where life will take me. Who knows when Mark will deploy again. I do know that I feel ready to post this image now because I am no longer the woman in the picture. But who knows when I will morph into her again.