According to the survey by Tastebuds.fm, a UK dating site that matches single people up based on their musical preferences, professing affection for the band that sings “Never Gonna Be Alone” is not a smart move romantically. 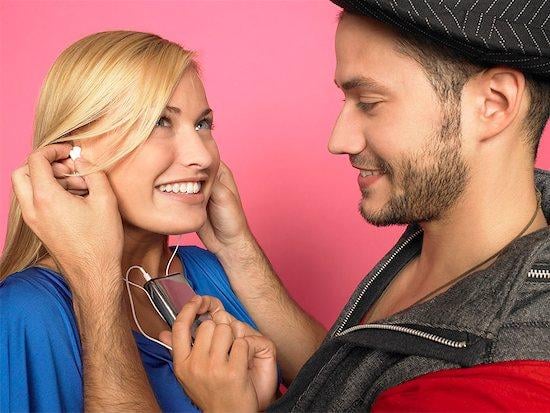 Membership in Nickelback’s extensive international fan club may cost you more than $1.29 per song at iTunes. A cheeky poll by a UK dating site (via jezebel.com) suggests that it may also cost singletons their chance at true love, or at the very least a second date with a musically literate hottie. And that, to quote Nickelback’s lead singer/international facial hair model Chad Kroeger, would be Too Bad.

According to the survey by Tastebuds.fm, a UK dating site that matches single people up based on their musical preferences, professing affection for the band that sings Never Gonna Be Alone is not a smart move romantically. When Tastebuds.fm asked their subscribers to list their biggest musical turnoffs, more than 1,600 music fans clapped their hands and said Nickelback.

Alex Parish, co-founder of the site and a musician himself, explained the reasoning behind the survey.

Said Parish: “We were curious to know which bands people would be most horrified to discover when browsing their date’s iPod.”

In Parish’s view, therefore, finding Hero on someone’s iPod is akin to finding a Nightmare on Elm Street’s Freddy Krueger in their medicine cabinet. After watching the video (on mute) for their summertime hit, Rockstar it’s hard not to see his point.

What other musicians and bands did the poll reveal are likely to make a potential amour shake, rattle and roll right out the door on the first date? In order of their horror-inducing power: Justin Bieber, Lady Gaga, Ke$ha, Coldplay, U2, Creed, Katy Perry, Lil Wayne and Britney Spears.

That’s just the unisex playlist from hell, however. The site also revealed how men and women react differently to terrible terrible music. For example, men appeared to object to such bands as Oasis, Mumford & Sons and Kings of Leon. Women, on the other hand, appeared more sensitive to the aural violations committed by the sexy ladies of pop music, finding Katy Perry, Taylor Swift, Rihanna, Miley Cyrus and Nicki Minaj objectionable.

What’s the takeaway for singletons looking for love? Music connoisseurs are a jerky judgmental demographic who take an adolescent preoccupation with being cool well into adulthood, unfortunately. So don’t take rejection from a grown man wearing a concert T-shirt personally because as that obnoxious twit Katy Perry says, Baby, you’re a firework.

A firework with terrible taste in music perhaps, but a firework all the same.