He lives in the suburbs. I live downtown. How I found myself in a long-dstance relationship. 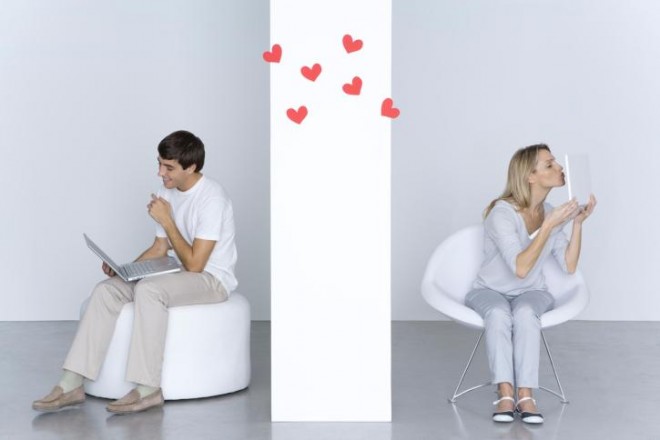 My friends, I am dating someone long distance. This is weird! The guy doesn’t even live that far away!

He lives north of Major Mac (That’s a major intersection somewhere north of Toronto) where everything suddenly is quite suburban. Meaning, there are drive-thru pharmacies, a lot of spa tan places, and, well, um, a lot of homes that look the same.

I would never have imagined myself dating long distance with someone who lives in the same city. But that’s what it feels like. He lives in suburbia. I don’t.

He took me to a party recently where there was a lot of talk of children’s soccer and pick up times and “The City.” “The City that…,” and, “My husband hates The City,” and, “I used to live in The City…” I assumed these people were talking about New York. Then I realized they were talking about TORONTO. I was like, ‘Um, you know, on a good day, you could get to THE CITY, in 30 minutes.”

I complained to friends about the distance from the start. “I’m so bitter right now,” I said to one on my way to visit my guy’s house (I have Bluetooth, don’t worry!) “There is so much traffic. It’s taken me more than an hour. How can this relationship ever work?”

Generally, I make him come to “The City,” where I live, because I’m lazy, and there are better restaurants and bars and museums and culture and…. I don’t want to drive the hour!

At his door, after I finally broke down and drove to HIM, I told him, “This relationship is never going to work! It’s long distance.” Then I said, “I have to go. It’s going to take me two hours to get home.” (Joking! I did stay for a while.)

Actually, as a single, working mother, this long-distance thing works out great for me (when he comes to “THE CITY”). There are no surprise pop-by expectations. You know that, ‘I’m just at the dentist around the corner from your house? You want me to pop by?” (I NEVER WANT ANYONE TO POP BY!)

I only see him once or twice a week (can’t get sick of him.) And absence is supposed to make the heart grow fonder, right?

In this day and age, when cities are becoming so big, and traffic so much worse, do you ever feel you’re in a long distance relationship in your own city? What are the pros and cons? I talked to dating expert, 20-something Jen Kirsh, who is a relationship columnist at Women’s Post and blogs at Blondebronzedtwentysomething.blogspot.com.

1. “I get so angry when women make rules about where they want to meet their soul mates. If a guy has all your characteristic traits that you’re looking for and you refuse to date him because he doesn’t live around the four blocks radius you do? At least ask them if they would relocate before saying ‘no’ to a date!”

2. She does agree that, especially when the weather is bad, it can feel like you’re dating long distance in your own city. “I used to date a guy in Newmarket and I was living in downtown Toronto. Sometimes it would take me over two hours to get there.” But, she says, “I couldn’t wait to see him. It was worth it.”

3. The worst for single people is if one person lives downtown and the other lives in the suburbs, is choosing a place to meet that first date. “I live in Thornhill now and I wanted to meet this guy. He lived downtown and didn’t have a car, because he worked and did everything else downtown. Well, I LIKE being taken out. So he was coming here for brunch, but he, of course, didn’t know any of the places.” Like Kirsh. I like the man to be in charge. In this day and age, it’s easiest enough for any man to do research. My guy researched restaurants in Toronto, before coming to fetch me on our first date. So, if you’re a guy, do your research! For Kirsh, if she dates someone downtown, but wants to drink, she will often crash at a friend’s house, saving an $80 cab ride. Yes, long-distance relationships have their cons.

4. “We get so caught up in our ways,” says Kirsh. “But if you don’t branch out, you will be missing out. It’s nice for people like you who want a slower relationship. If you wanted to, I’m sure you could spend every night with him. But because there is that distance, there’s that “added space.” Meaning, I CAN’T overspend time with him.

5. A long-distance relationship in your own city is good, she says, when you feel while driving that hour “That excitement to see him, building up as you get closer and closer.”

It isn’t so bad. I say that as I wait for him to come pick me up to go to a movie. I’m sure there are movie theatres in suburbia, but he seems to like to drive. And, to me, showing how much he’ll go out of his way – JUST TO SEE ME – makes him seem all that much sweeter. (By the way, Kirsh is single and lives in Thornhill. Go to her blog and if you like what you see, go the distance!)