The Oscar-nominated actress would fill her perfect day at home in Toronto with yoga, great restaurants, great films and great friends. 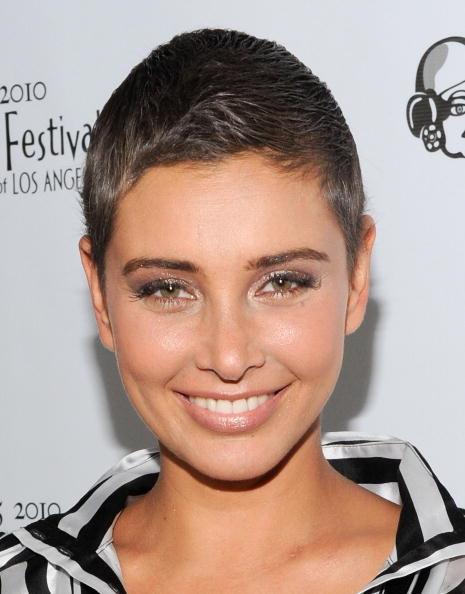 Lisa Ray understands the value of living well, perhaps more than most. In 2009, the Bollywood sensation and star of the Oscar-nominated film, Water, was diagnosed with multiple myeloma, an incurable form of blood cancer. Now in remission, the actress is counting her blessings and making every minute count. That means, lots of time with loved ones, a healthy yoga practice, and the occasional slice of pie and/or pizza. She’s also getting back to work. Her latest gigs: host of the new TV series Bollywood Top Ten (OMNI) and a new business. A longtime yoga practitioner, this month, she’ll also open a moksha yoga studio in Brampton, Ontario.

I’d sleep in a bit—not too much though because that just makes me drowsy for the entire day. Ideally I’d get up around 9 a.m. and do a moksha yoga class. My home studio is on the Danforth. I’d get up, grab a friend, and do a class because I find it just sets me up so well for the rest of the day. I’m a little whiny before but when I come out I’m just completely transformed. After yoga, I’d walk down the street to the juice bar, the Big Carrot at Carrot Common, and get a liver cleanser.

Then I’d whip around and come back to my ‘hood—I live in The Beaches [a neighbourhood in the east end of Toronto]. I’d drift to the Pie Shack—we’re going from something really granola and holistic to something that’s a bit more crunchy and calorie-laden! I love the atmosphere at the Pie Shack and the owner is a good buddy. A group of us would commandeer the sofas there and have a slice and a laugh. I’d have either a slice of pecan or bumbleberry pie.

After that, a little walk around the beach. I like the ravine that runs through Glen Manor. It’s not the typical walk on the beach—it’s not the boardwalk. It’s this beautiful little enclave of wilderness in the city and the deeper you go the more forest-like it becomes. That’s what I would do to work off the pie!

I’d want to see what’s going on at the AGO [Art Gallery of Ontario]. I went to the Maharaja exhibit recently, which was kind of cool because I’ve been working on a show for TLC, which has to do with jewellery in India anyway. I would go and check out what’s going on there with a couple of friends.

I’m a total foodie, so a late lunch would follow. I would want to do pizza, though it’s kind of a Mexican standoff between two of the best pizza joints in town: Pizzeria Libretto on Ossington Ave and Queen Margherita, which is in my hood. I think I’d go to Pizzeria Libretto on Ossington to hang with a couple of friends on that side of town. I think they have some kind of certification from Napoli! Normally I’m a traditionalist: I’ll get a Margherita pizza and it will completely satisfy me, body and soul. But my friend introduced me to this pizza with caramelized onions at Libretto, so I would get that. It’s just divine.

Then it’s off to The Room at The Bay to meet my friend Nicholas and take a look at what’s new and what’s shaking. I have to admit, I really dig the luxury of doing a private fitting there. I’ve been travelling so much so I’ve done a lot of shopping for the season, but I’m trying to squeeze in a vacation at some point—I haven’t had one in months and months. So I’d turn my attention to something summery and flirty to get me in the mood. Something I could hang up on my closet door to remind me to start planning a vacation.

To be honest, I want to go check out the [TIFF] Bell Lightbox where I still haven’t been. In fact, I just met Cameron Bailey [co-director of the Toronto International Film Festival] the other day and he offered to give me a tour. On an ideal Saturday, Cameron would be free and he and his lovely wife would take me around. I expect there would be something playing so it would be great to watch a matinee. That would be a lot of fun.

Moving into evening, I guess if I really want to have a great urban restaurant experience, I’d probably start with a couple of drinks at the new Blowfish at Bay and Adelaide. They do great shooters! The manager always just hands me a couple of shooters as soon as I walk in the door. I don’t know what they are but they’re delicious. I can’t leave without having one of their non-alcoholic shooters too. It’s on the menu and it’s called a shooter but it’s kind of a sushi roll.

After that, I’d drift over to The Spoke Club. It’s a great place for people in my business to meet. Even when you meet friends there you tend to also bump into some familiar faces in the Canadian media or film industry.

Before bed, I just like to sit on the couch and decompress and have a moment. I like the night time and it’s really nice and quiet in The Beaches ,where I live. I think it’s important to settle and make that transition. My rituals are that, and then a big glass of water!

Then I just crawl into bed. Maybe a bit of reading before I drop off to sleep. It sounds really flaky but a little [Pablo] Neruda is good. It takes my mind to a good place.