Life without “Made in China”

We're in a panic about toys bathed in toxic paint. But what will it cost to fix the mess? 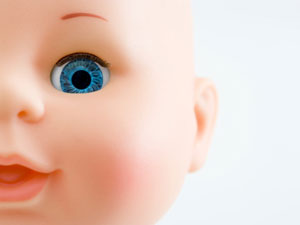 On a hot morning last summer, the moms in the playground were buzzing about Thomas the Tank Engine and his friends, the toy train with the simpleton grin and the relentless life lessons: Trying is good, giving up is bad, etc. That day, around the world, parents were shocked and angry to learn that the silky red sheen on Thomas’s pal James Engine came from lead paint, manufactured in China.

Two months later, Mattel would recall more than 18 million toys around the world, sending Dora, Elmo, Batman and Polly Pocket to the incinerator. These characters weren’t just irritating to parents anymore; they were possibly lethal, because of lead paint and faulty magnets that could perforate intestines.

The American toy companies that used Chinese factories to manufacture their toys pleaded ignorance – we just farm it out, we can’t check every little thing – and the distance between North America (safe, regulated, pro-child) and China (foreign, anarchistic, child-hating) grew even bigger. Suddenly, mommy message boards were stirring up anti-China sentiment, and on the playground, I heard the words “Boycott China.”

Via its products, China – 1.3 billion people strong; a behemoth waiting to swallow us whole! – had become an invader, a threat. In a flap of panic, consumers complained that “Made in China” had happened without our consent.

But in fact, we invited China to our doorsteps, and we do so whenever we open our wallets and buy a product marked with those three little black words. And now, cutting out China isn’t easy.

The American journalist Sara Bongiorni spent a year boycotting Chinese goods with her husband and two young children. The result is a book called A Year without “Made in China,” which charts a tough, emotionally fraught disentanglement from Chinese goods. Rather than purging previously purchased items from their home, the family decided to buy new products from anywhere other than China for 12 months. Bongiorni’s not-so-Homeric odyssey included attempting to find non-Chinese replacement blades for a broken blender, and feeling ecstatic after stumbling upon a Made in Indonesia Barbie.

I know consuming with total awareness can be trying, but reading Bongiorni’s book, it was a little hard to sympathize with the plight of a relatively wealthy woman scouring malls for $100 Oakley sunglasses – manufactured in California – to replace her husband’s broken Chinese ones.

The fact is, most people can’t afford the Italian coffee maker Bongiorni traded up for the Made in China Wal-Mart brand most of us use. For yuppie mothers to condemn Chinese products erases a working mother’s reality. It asks another mom to give up her children’s toys, or a new pair of boots – choices Bongiorni, with her switch to imported French toys, doesn’t have to make for her children.

Bongiorni writes that her boycott was simply an apolitical experiment, to see if living without Chinese goods was possible. Still, the underlying message strikes me as very political, and very Thomas the Tank Engine: bad China, bad China, bad. But for a second, let’s ponder the grey zone: The cheap labour of China has made consumer goods affordable for huge numbers of people here, and back there, manufacturing has vastly improved the standard of living for a previously impoverished country. And while it may seem as if China is our biggest trading partner, in fact, that honour still goes to the United States (and vice versa), with Chinese imports accounting for only 8.7 percent of what we buy.

Of course, in many ways, China is unbelievably, Thomas-ly bad. It’s a Communist country that practises massive human-rights transgressions and killed a million Tibetans, sending the Dalai Lama into exile and dislocating an entire populace. And that’s just yesterday’s genocide: These days, oil-hungry China continues relations with Sudan, despite a brutal civil war. These actions alone should be enough to spark a consumer boycott, but somehow it takes the low-percentage possibility of our own children picking up a neurological disease from licking an action figure to make us snap to about China. A mother in Darfur might have hoped we’d been spurred on sooner.

Perhaps it’s the navel-gazing in the anti-China syndrome that makes me uneasy. These are global times, and looking at the world through the singular lens of one’s own experience as a consumer, or a mother, seems entirely outdated. When the Chinese head of the toy manufacturing company at the centre of the Mattel recalls committed suicide, near the end of the summer, China stopped being an abstraction for a brief moment. This man’s death was a reminder of the complicated humanity inside a country too often regarded as the world’s largest factory, a place not of flesh people but of metallic cogs, all churning in service to our buying whims.

Vilify China? That’s a train I don’t want to get on.