Prince Harry, Queen Elizabeth I and Princess Margaret, all second-born royals, have broke down barriers and made mistakes for Princess Charlotte to learn from. 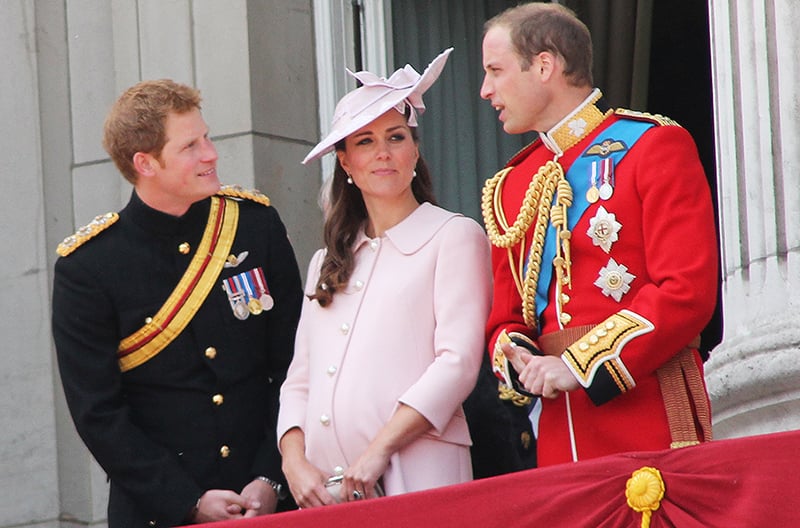 Welcome to the world, Her Royal Highness Princess Charlotte of Cambridge. Your parents seem cool. You’re moving into some nice digs with plenty of silver spoons. You’re fourth in line for the British throne, and you’ve got a fancy title. But your big brother is the heir, which, by default, makes you “the spare.” Being the younger sibling can be a drag — royal family or not — but luckily, plenty of second-born English princes and princesses have come before you, breaking down barriers and making mistakes for you to learn from. Here’s some wisdom gleaned from the royal second-borns that came before you. 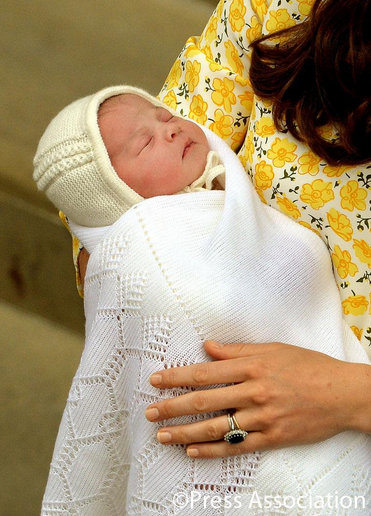 There will come a time when you realize your big brother is treated a bit, well, differently. For Princess Margaret — sister to reigning monarch Queen Elizabeth II — it was during their father King George VI’s coronation. Ten-year-old Elizabeth had a fancy train attached to her dress; six-year-old Margaret did not. Elizabeth’s preferential treatment wasn’t limited to formalwear, either: after she was christened heir apparent in 1936, Liz began training with the Vice-Provost of Eton, and was often permitted to sneak peeks at important state papers over her father’s shoulder. Despite being a second-born ruler himself, King George deemed it unnecessary for Margaret to receive the same education and training.

Princess Diana insisted that William and Harry do regular-kid things (like attend nursery school, eat at McDonald’s and visit Disney World), but other young blue bloods have found the royal lifestyle much more isolating. Back in 1937, a Buckingham Palace Brownie troupe was formed specifically so that Princess Margaret could socialize with kids her own age on home turf. The Palace opened its doors a second time to the Girl Guides 1959 — this time for Queen Elizabeth II’s second child, Princess Anne.

For all the extras lavished on the heir, so follows the extra scrutiny. The spare, on the other hand, is afforded more breathing room. Take Princess Margaret, for example: her humour and joie de vivre endeared her to her father, King George VI. And as an adult, she had a thriving social life, fell in love with a married man and threw booze-fuelled parties on the private Caribbean island of Mustique. Some say her antics put Prince Harry’s more recent ones to shame (namely: underage drinking, a Nazi costume and nude photos). Even Princess Anne, who is generally regarded as a prim and proper second-born royal, has copped to some not-so-dainty behaviour. Apparently she’s got a bit of a lead foot (she’s been fined for driving 150km/h), and has had a blemished criminal record since that time her dog attacked two children in Windsor Great Park.

Related:
It’s a girl! Meet the royal princess
Our royal baby, ourselves: Why we’re obsessed with the princess

4. Thank your ancestors for changing the rules of royal marriage (and divorce)

As a spare, there is far less scrutiny on whom you marry — unless, of course, you inadvertently find yourself on the throne. Elizabeth I, second child of Henry VIII, never married, which was quite unusual practice given her time period. Fast forward to King George VI (the current queen’s father): he didn’t marry another royal, but he did wed Elizabeth Bowes-Lyon, a lowly noblewoman. And George’s second child, Princess Margaret, was the first British royal in 400 years to get a divorce. Queen Elizabeth’s second-born, Anne, was the first to divorce and later remarry.

In 1974, a mentally-ill man named Ian Ball attempted to kidnap Princess Anne as she was being driven to Buckingham Palace. Ball shot four people in his attempt to get close to the princess. When he reached her side of the car, he ordered the princess to get out. She replied, “Not bloody likely,” and escaped out the other side of the car. Prince Harry experienced similar security issues when he was training for deployment to Iraq in 2007. The Prince was ultimately not allowed to join British troops in combat, as it was deemed to big a risk for him and the other men in his unit, but he was later deployed to Afghanistan (in secret) without incident.

6. Hone your sporty side

If you’re lucky, little one, you’ll inherit the athletic genes that run in the Windsor family, especially amongst the second-borns. King George VI played doubles tennis at Wimbledon; Princess Anne won the 1971 European Equestrian Championship and competed in the 1976 Olympic Games in Montreal; and while Harry is no Olympian, he is quite skilled at rugby and polo. He’s also played a significant role in developing the Invictus Games, a sporting event for wounded veterans.

7. Be there for the heir

Prince Charles enjoyed his sister Anne’s company when they were young, admiring her pluck, tomboyishness and affinity for snappy one-liners and put-downs — just like their father. William and Harry are likely the closest of royal siblings, and not just because they were born 27 months apart. They share a lot of interests, including flying helicopters, horses and London nightlife (back in William’s pre-fatherhood days, that is). Now, Harry is both a doting uncle to Prince George and a treasured friend to Wills and Kate.

8. Be prepared: with any luck, the throne might be yours someday

Spares do occasionally become heirs (see: Elizabeth I, George V, George VI). At this point, it is nearly impossible for any of Queen Elizabeth’s or Prince Charles’s siblings to ever reach the throne. But for you and Uncle Harry — who are fourth and fifth in line, respectively — ending up a royal ruler isn’t completely out of the question.

Related:
It’s a girl! Meet the royal princess
Our royal baby, ourselves: Why we’re obsessed with the princess